It is with the greatest of pleasure that I welcome children’s author, Angelina Kalahari, onto the blog today to talk about the inspiration behind her latest book…


George And The Gargoyle Who Lived In The Garden 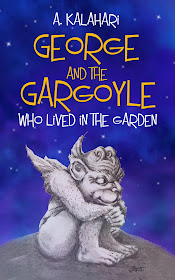 Recurring nightmares, a strained relationship with his father, and threatening behaviour from the Fearsome Foursome at school would be challenging for most boys his age. But as an only child with a sensitive, artistic soul, George feels especially alone and ordinary.

When he spends an awesome holiday with his zany Aunt Di, a painter, he stumbles across several exciting secrets. Aunt Di’s London garden contains statues of a Gargoyle, a Griffin, a Unicorn and a Dragon. At first, George thinks of these as just ordinary statues of mythical creatures. But what if they are not? And what about Roy, the robin? Will George survive the adventure when the Witch turns out to be real? Will his life ever be the same again after his magical experiences? 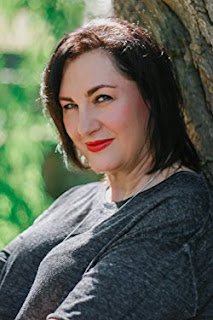 What inspired me to write George And The Gargoyle Who Lived In The Garden?

Writing a novel takes the question of what inspires us to a whole other level. To finish a novel is a huge investment in time, stamina, discipline and dedication. That's the serious bit. The fun bit is that I get to write the kind of books I like to read.

Writing George And The Gargoyle Who Lived In The Garden was inevitable. Quite simply, I dreamt the book. I dreamt the characters. They wanted to live in the world. My dreams soon turned into daydreams when the characters started to talk to me. I know! In any other career, we'd be carted off by men in white coats!

But the more they talked the clearer their story became, and I knew that I could not deny them their existence. Besides, I have always been fascinated with mythical creatures. What if dragons, gargoyles, unicorns and griffins really exist? Imagine that!

Some research was called for, and it was fascinating and fun to find out more about the myths and legends behind these creatures and why so many people are enthralled by them.

Then, the character of George appeared. A lonely, sensitive boy who felt misunderstood by his father, overprotected by his mother, and as though he didn't fit in with the other children at school.

When I met George I felt that many children, and adults, would be able to relate to him. George was that child in me who felt isolated growing up in the desert. Then, my father died when I was five years old, so I could relate to George's difficult relationship with his father. And being a sensitive artist myself, I totally understood George's feelings of not quite fitting in, of feeling the odd one out.

But thankfully, his mother's sister, Aunt Di, was someone with whom George could bond, and share a love of painting.

It is with Aunt Di, and in her magical garden, that George finally finds love, acceptance and friendship. The fact that his new friends are mythical creatures with whom to have adventures is a bonus. Their strengths and powers become George’s inspiration to overcome his own difficult circumstances, especially when they asked for his help in their fight against the Witch! Feeling more confident, George understood that to give love first, is to receive it.

The theme at the beginning of the novel is that of birds and flight, which represents freedom to George. Later, once he finds his strange band of friends, the theme becomes one of love, and reveals the strong yearning we all have for love and acceptance, even if our tribe of friends is a little off -beat.

Angelina Kalahari entered this life among the red dunes of Namibia’s deserts. Her first sounds merged with the power of the massive yellow moon that lit up the vast African spaces. There, where the heavens presented the splendour that the Milky Way flung across its canvas.

A nomadic childhood enchanted her, as Africa presented the raw beauty of her many faces, while Angelina’s family traversed the desert in search of crops for their herds of karakul sheep. This fertile ambience, filled with strange legends, amazing animals, and wonderful people, afforded Angelina a unique opportunity to live in a world of wonder, and to develop a deep sense of self.

Her mother loved listening to Mario Lanza and other tenors of the day. A record player and records accompanied the family on their travels, and back to their farm. The gift of this divine music found resonance within Angelina's body and called to her soul’s desire to share her voice with the world. She left her magical universe to study with other voice and performance obsessives, which resulted in degrees in drama, singing, and opera.

Angelina continued her nomadic existence as an adult, enthralling audiences with her singing, acting, and directing. These activities allowed her to visit a world far beyond her beloved Africa. She shared her talents on such diverse platforms as opening the busking scheme on London Underground, to a recital at the Royal Opera House, and everything in between.

This led to an invitation to Buckingham Palace, no less, where Angelina met Queen Elizabeth as a reward, and in recognition of her contribution to the music, culture, and economy of the United Kingdom.

Meanwhile, her fascination and obsession with the human vocal instrument grew, together with her knowledge of it. She found herself to be a teacher and sharer of the magic of the voice and performance, and she became co-founder of the North London Performance Academy.

Storytelling, which formed such a big part of her childhood, became an inherent element in her performances, and continued to live in her heart. She never stopped writing down her stories. When, due to illness, it became clear that she would no longer be able to share her voice in the way she had before, writing became the obvious and perfect outlet for her creative expression.

Angelina has found a new colourful and vibrant universe in London. She now lives near a massive park, which satisfies another obsession, her awe and wonder of trees. The intoxicating world of London's artistic scene has introduced Angelina to many inspirational people who have become a close and integral part of her tribe.

The only magnificent creatures that share her home today, apart from all the characters wanting to live in the world through her books, are her husband, her little fur cat daughter, a rapidly diminishing population of house spiders, and a smallish herd of dust mites.
Useful Links
@angelinakalhari
https://www.facebook.com/authorangelinakalahari/
http://angelinakalahari.com/
https://soundbath.wordpress.com/