The latest news from Beryl Kingston

Beryl Kingston has some fabulous news that I jut had to share.
A note from Beryl.
Endeavour Media are in the process of putting up two new/old books on Kindle and other e-book outlets. New to them, and possibly to some of my original readers, but very old to me because they are the two oldest books I’ve written. They were published in 1985 and 1986, which was over thirty years ago and were both instant bestsellers. Those were the days!

The first one is called ‘Hearts and Farthings’ and is about an Italian immigrant, called Alberto Pelucci, who comes to London from Genoa at the turn of the 19th/20th centuries, takes any job that offers and works all the hours God sends until he has saved enough to rent a shop in Tooting. And then….. Yes Tooting fans, this one’s for you. There’s a lot in it you’ll recognise.

The second is a sequel to the first, is called ‘Kisses and Ha’pennies’ and is also set in Tooting – among other places in London. It concerns two girls, called Anna and Mary, who are sisters but don’t know it because they have been brought up in different households in different parts of London. Until one day…
So there you are folks. The ads are over. Now for a tea break.


They’re available to buy on Kindle via Amazon now! 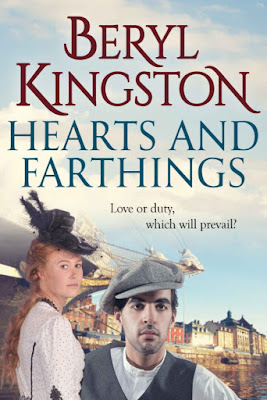 LONDON IN THE 1890s . . . a foggy city bustling with activity and bubbling with Cockney repartee.

To this alien world comes Alberto Pelucci, an early immigrant from distant Italy, dreaming of adventure and romance. Adventure enough is the verminous room of his first night’s stay in London, but romance seems more rewarding when the shy Alice accepts his hand. Only on their wedding night does he realise that his bride will never share his passion for physical pleasures.

And so when Alberto meets Queenie Dawson – exuberant, sensuous star of the music halls – his ordered new life is flung into turmoil . . .

Hearts and Farthings: the heart-warming saga of a man torn between two women, and of children born in the last, bittersweet days before the war that should have ended all wars.
Amazon 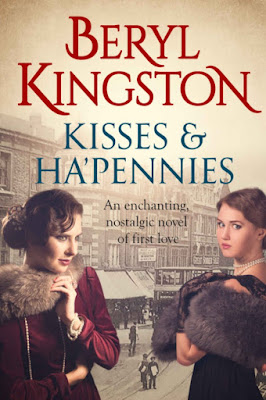 Anna Pelucci is on the threshold of womanhood. Beautiful, innocent, spoiled by her doting Italian father, she flits from party to glamorous party in search of a handsome husband. Dashing Eric Barnes, with his thin, cruel mouth and cold grey eyes, fits the bill — but will he play the game?

Deep in the slums of south London, where jubilant Londoners celebrate the defeat of Kaiser Bill, young Mary Chapman faces a daily struggle for survival. Undaunted by her grim surroundings, she is eager to join the battle against poverty and disease. No girlish frivolities for Mary.

When fate flings these very different girls together with a stunning revelation about Mary’s past, shock gives way to liking. As Anna discovers what lies behind Eric’s suave façade, and Mary is thrown into the turmoil of first love, each learns the value of a true friend — a friend ready to share the bad times as well as the good . . . 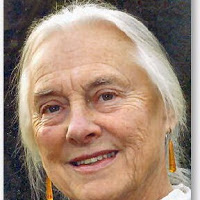 I was born in 1931 in Tooting, and when I was four was enrolled at a local dancing school run by a lady called Madam Hadley, which I attended until I was eight when the war began. Because of the war my school career was – shall we say – varied. I was evacuated twice, the first time to Felpham which is near Bognor Regis and the second to Harpenden in Hertfordshire, and consequently went to ten different schools. I ended up at Streatham Secondary School, an LCC grammar run on the Dalton system, which offered a few lessons as sparking points and then required pupils to be responsible for their own learning, either in study rooms with their teachers on hand to help and advise, or on their own in the library or the school hall. It suited me to a T. Then to King’s College London, where I read English and enjoyed myself a lot, but wasn’t particularly distinguished, having other things on my mind by then...
Posted by Mary Anne Yarde at 07:00 1 comment: