#HistoricalFiction author, E.M. Powell is sharing some tips on how to write a series. There is also a chance to check out an excerpt from The Canterbury Murders. #writingtips @empowellauthor 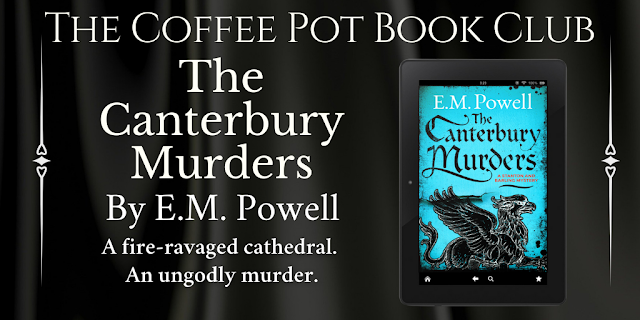 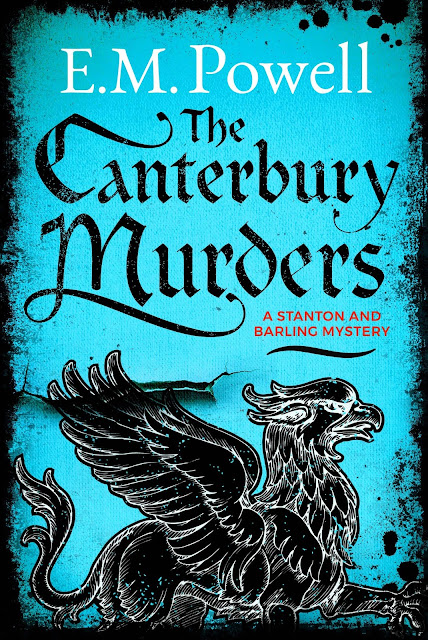 A fire-ravaged cathedral. An ungodly murder.

Easter, 1177. Canterbury Cathedral, home to the tomb of martyr Saint Thomas Becket, bears the wounds of a terrible fire. Benedict, prior of the great church, leads its rebuilding. But horror interrupts the work. One of the stonemasons is found viciously murdered, the dead man’s face disfigured by a shocking wound.

When King’s clerk Aelred Barling and his assistant, Hugo Stanton, arrive on pilgrimage to the tomb, the prior orders them to investigate the unholy crime.

But the killer soon claims another victim–and another. As turmoil embroils the congregation, the pair of sleuths face urgent pressure to find a connection between the killings.

With panic on the rise, can Barling and Stanton catch the culprit before evil prevails again—and stop it before it comes for them? 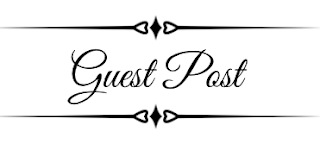 HOW TO WRITE A SERIES

‘I loved this book! Will there be more?’

Comments like these are music to a novelist’s ears. Not only has a reader enjoyed your book (huzzah!) but they would also like to get hold of the next one (huzzah again!). It is also a question that’s a lot easier to answer if one is writing a series.

I have written two series. One is the medieval thriller Fifth Knight series, which features the heroic yet fallible Sir Benedict Palmer. The other is also medieval—my Stanton and Barling murder mystery series, which has prickly royal clerk Aelred Barling and his younger assistant, the hedonistic Hugo Stanton as its lead characters. Their latest outing is The Canterbury Murders, where they have to investigate the slaying of one of the cathedral’s stonemasons.

Both series had different origins. The Fifth Knight was supposed to be a standalone title. My agent suggested that I leave the door open for further books, advice I am so glad to have taken, for that book was followed by two more titles. But I learned many and hard lessons by going the organic series route. When I started the Stanton and Barling series, I put some of those lessons into practice. Here are three I’d like to share with you.

We all love a brilliantly original premise, to be led into a story world that grabs us and doesn’t let go until the finish. But that is not necessarily something that is going to lend itself to a credible series. Allow me to step out of the medieval world for a moment and remind everybody of the Jaws series of films.

The first, based on the novel by Peter Benchley, is close to storytelling perfection.

It has so many wonderful elements. A relatable Everyman hero who embarks on a life-threatening quest and who ultimately triumphs over the evil monster. Intriguing secondary characters who are fully fleshed out. Shocks by the bucketload. Suspense that builds and builds, making it impossible to look away. Like I say, close to perfection. It is, however, very, very difficult to see what the other films in the series add. By the time we get to Jaws: The Revenge, the fourth instalment, Michael Caine is inexplicably (and hilariously) involved. It isn’t possible to milk a shark but this one most certainly was.

Compare this premise (so many sharks, eating people, over and over) to George R.R. Martin’s Song of Ice and Fire epic fantasy series, the first volume of which is Game of Thrones. With a number of major story arcs that centre on power struggles and a large cast of intriguing characters, Martin has written, and is indeed still writing, a series that continues to enthral readers. Incidentally, Martin has said that he has been heavily influenced by medieval history in his writing. So it’s possible to take a premise and reshape it into something else, with spectacular results.

The important lesson is not to box yourself in with your premise if you are planning to continue with other books. Yes, Martin brings certain story arcs to their conclusion in each of his instalments. But he always has others that are still in progress and/or a greater goal still in play.

Your series can be linear, like ASOIAF. This approach lends itself very well to more action/adventure stories. But you can also have a series that pretty much has the same premise, over and over. No, we’re not back with sharks. I speak of the murder mystery plot. Such plots really are very simple. Person A (B, C, D, E) has been murdered. The investigator has to find out who did the murdering. They take a while to do it. They find out. The End.

You of course want each of those elements to be as intriguing and compelling as possible and to be true to the genre you’re writing in. It isn’t a good idea to have the chair of the village fete be a serial killer who dismembers their victims and leaves body parts artfully arranged amongst the prize azaleas.

A murder mystery can work incredibly well as a standalone novel. But if your reader engages with your investigator, then they will want more of the same. You have the basis of a series.

Characters- Who solved it?

If you think of most successful mystery series, it is the investigator(s) who people think of first, rather than the cases they have solved. Agatha Christie’s Hercule Poirot and Miss Marple. Kathy Reichs’ contemporary forensic anthropologist, Temperance Brennan. C.J. Sansom’s Tudor investigator, Matthew Shardlake. Yes, each of these solve mysteries in utterly gripping yet very different novels. But it’s the investigators, with their distinct personalities and ways of behaving, with their backstories and their unfolding lives that people are drawn to.

My experience with my Stanton and Barling series has been exactly that. People mention those two in their reviews so often. There is a lot of fondness for the younger Hugo Stanton, who has a weakness for fast horses, copious amounts of ale and the company of desirable women. Aelred Barling isn’t half so appealing, at least on the surface. He’s a dry stick who shuns company and is happiest alone with his law manuscripts. Yet readers have such a soft spot for him and all his prickly behaviour.

Readers love to find out about Stanton and Barling’s past. They particularly love the relationship between the two and following the ups and downs of their friendship. Those elements run alongside the mystery, the solving of the murders.

And while readers love to be surprised and delighted by the reveal of who committed the heinous acts, they love to know what will happening next for Stanton and Barling. The answer is that there will be more in the series. I’m working on the fourth, The Forest Murders, right now. I doubt there’ll be any sharks. I say ‘doubt’. But... You’ll have to read it to find out, won’t you?

Excerpt from THE CANTERBURY MURDERS

Shortly after Stanton and Barling hear of the murder of stonemason Peter Flocke, Stanton has an unsettling encounter with a stranger…

The cathedral bells were sounding for Compline, but the streets were still thronged.

Stanton couldn’t help a twinge of regret for the merrymaking he’d looked forward to but was not to be. It didn’t matter. What mattered was working with Barling to solve the murder of that unfortunate stonemason as quickly as possible. Then Stanton could leave Canterbury, putting many miles between him and the city. He would never be able to abide the rejoicing at Henry’s arrival, the praising of the man’s piety. Not when his Rosamund, his love, lay cold in her grave because of the King.

A pastry seller stood on a corner, doing a brisk trade as folk made the most of the last of Palm Sunday. He hurried over, as the woman was down to the last one.

‘Any chance I could have that excellent-looking crust, goodwife?’ He gave her his best smile, his stomach growling at the smell of warm, yeasty dough.

He got the usual blush in return. ‘A pleasure, sir.’

They exchanged coin and pastry and he took a deep bite of his prize as he walked off, the sweetness of the apple it contained flooding onto his tongue. How Barling could choose to sit in his room, scratching away at his tablet, over devouring good food, Stanton would never know. He took another huge mouthful, feeling a bit better.

Somebody collided hard with his aching back, sending him lurching to one side. The remains of his pastry flew from his grasp and splattered into the street muck.

‘A plague on it.’ He turned to tell off whoever had done it.

A wild-eyed man in a threadbare pilgrim’s tunic stared back at him, his hair and long beard clogged with greasy dirt and all of him covered in layers of filth. ‘Praise the Martyr,’ said the stranger. ‘Praise him!’

‘I was praising my pastry,’ said Stanton. ‘Now look at it, fellow.’

The man banged the battered, badge-covered staff he held in his left hand on the ground in front of Stanton. ‘Open your heart to the Lord our God. Before death comes for thee.’ He thrust his right hand in Stanton’s face.

Stanton recoiled. The man’s hand curled over in a twisted claw, his stained fingers and long, dirty fingernails tangled worse than a bundle of tree roots.

A group of laughing, jostling men of Stanton’s age pushed past, sending the man bumping into him.

‘Be watchful, be watchful.’ The stranger stank worse than the spoil underfoot.

Stanton stepped back. ‘On your way, fellow.’

The man staggered away again, into the path of a burly carter. ‘Thou livest and are dead!’ he wailed at the carter.

He got a string of curses for his trouble.

Stanton shook his head as he watched the man stagger on, shouting and gesturing all the while.

Time for that ale. God’s eyes, he needed it.

And once he’d finished it, he’d have another. And another.

It would be the only way he’d sleep tonight.

You can buy your copy from your favourite online bookstore. 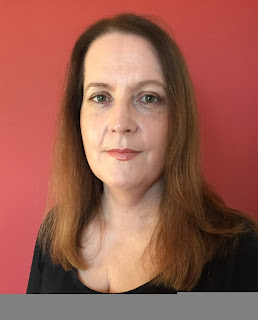 E.M. Powell’s historical thriller and medieval mystery Fifth Knight and Stanton & Barling novels have been #1 Amazon and Bild bestsellers. The third Stanton & Barling mystery, THE CANTERBURY MURDERS, was released in November 2020. Born and raised in the Republic of Ireland into the family of Michael Collins (the legendary revolutionary and founder of the Irish Free State), she lives in northwest England with her husband, daughter and a Facebook-friendly dog. She’s represented by Josh Getzler at HG Literary. Find out more by visiting her Website, Blog, Twitter, Instagram & Facebook. 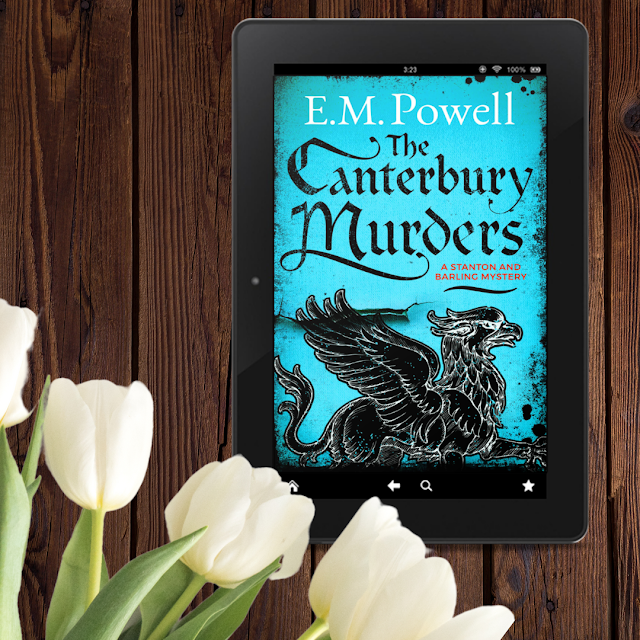