From the Multi-Award-Winning Author comes, The German Half-Bloods.
“A historical novel steeped in horror, danger and suspense; a true page-turner.”

Germany, September 1939. At the outbreak of War, Dieter Vogel and his family face catastrophic events and separation as each member embarks on their deadly paths towards survival, love, and freedom.

Dieter Vogel, a German industrialist, believes in protecting his family at all costs, but in a bid to keep his English wife and children safe, he is plunged into a well of deceit that tears the family apart.

Doctor Paul Vogel is coerced into working in the Nazi eugenics programme and soon discovers that sterilising handicapped and mentally-ill Germans is just a prelude to a more lethal plan against those the Reich deem unworthy of life. Paul, trapped by the SS, seeks help from the unlikeliest of people and is plunged into a world of espionage and murder.

British Army Major, Max Vogel, is attached to The British Intelligence Services and Winston Churchill’s Special Operations Executive. His missions in occupied Europe are fraught with danger, and his adulterous affair with a woman he cannot give up leads him deeper into the quagmire of treachery and lies.

Wilmot Vogel dreams of winning the Iron Cross, but when he confronts a mass killing of Jews in Poland, his idolatry of Hitler is shaken to its roots, and he finds himself imprisoned in the infamous Dachau concentration camp with no release date in sight.

Hannah Vogel has no ambition other than to marry her English fiancé, Frank, before the lines of war are drawn. Against her father’s wishes, she leaves Berlin on the eve of the German invasion of Poland, but when she arrives in England, she learns that Frank is not the civilian engineer he claims to be.

In Nazi Germany nothing and no one is what they seem…

Dieter Vogel is a businessman first and foremost. He has a factory, and the Nazis need somewhere to produce their gas. He also has an English wife, and he will do whatever it takes to keep her safe. And as for his children, well, they will have to toe-the-line and do as they are told. Germany is counting on them. And so is he.

A story so haunting that it left me in tears on more than one occasion, The German Half-Bloods (The Half-Bloods Series Book 1) by Jana Petken is one of those books where the topic is sometimes hard to read about, but it is impossible to forget. This is a story that is going to stay with you long after you have turned the last page.

Paul Vogel, a young doctor who had hoped to change the world with his radical ideas on how to treat the mentally ill, finds himself in an experimental Nazi hospital, where to his disgust his patients are not just being experimented on. They are being murdered. Paul is such a gentle soul. His actions when he discovers the truth, came as no surprise. Paul was a character that I simply adored. His integrity and his kindness never wavered in the face of such systematic brutality. A true hero.

Paul's twin brother, Max, is a British Agent and when Paris falls he finds himself in the thick of the action. Like Paul, Max is steadfast in his beliefs, and he is willing to risk everything to stop the war and to bring down Hitler's Third Reich.

Wilmot Vogel is a character that really grew during this story. He started out as an ardent Nazi supporter and had romantic notions of being awarded an Iron Cross. But his eyes are brutally opened to the truth behind the fancy uniforms and the grand rallies. Like his brother, Paul, he will not participate in the murder of innocent citizens. I am not going to give away any spoiler, but there is a scene in Russia where Wilmot really showed what he was made of.

I am a big fan of Jana Petken's books. I thought The Flock Trilogy was wonderfully executed, but The German Half-Bloods was astounding. This story is staggeringly compelling, and I simply could not put it down.

I tutor this era of history and I have done so for many years. Ms Petken has obviously done her research. She depicted wartime Berlin and the events leading up to it very accurately. Kudos, Ms Petken. Book 2 cannot come soon enough! 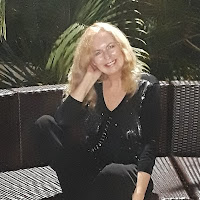 Jana Petken is a bestselling historical fiction novelist and screenwriter.

She is critically acclaimed as a bestselling, gritty, author who produces bold, colourful characters and riveting storylines. She is the recipient of numerous major international awards for her works of historical fiction and is presently in talks with film producers regarding one of her titles.

Before life as an author, she served in the British Royal Navy. During her service, she studied Naval Law and history. After the Navy, she worked for British Airways and turned to writing after an accident on board an aircraft forced her to retire prematurely.


Uther's Destiny:
A Light in the Dark Ages Book 3
By Tim Walker 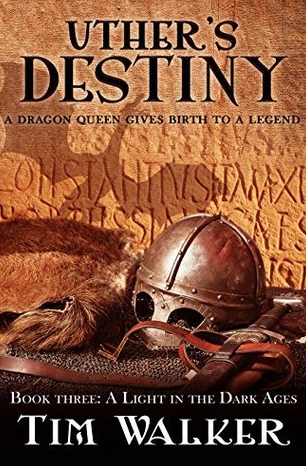 Fifth century Britannia is in shock at the murder of charismatic High King, Ambrosius Aurelianus, and looks to his brother and successor, Uther, to continue his work in leading the resistance to barbarian invaders. Uther’s destiny as a warrior king seems set until his world is turned on its head when his burning desire to possess the beautiful Ygerne leads to conflict. Could the fate of his kingdom hang in the balance as a consequence?

Court healer and schemer, Merlyn, sees an opportunity in Uther’s lustful obsession to fulfil the prophetic visions that guide him. He is encouraged on his mission by druids who align their desire for a return to ancient ways with his urge to protect the one destined to save the Britons from invaders and lead them to a time of peace and prosperity. Merlyn must use his wisdom and guile to thwart the machinations of an enemy intent on foiling his plans.

Meanwhile, Saxon chiefs Octa and Ælla have their own plans for seizing the island of Britannia and forging a new colony of Germanic tribes. Can Uther rise above his family problems and raise an army to oppose them?

Book three in A Light in the Dark Ages series, Uther’s Destiny is an historical fiction novel set in the Fifth Century - a time of myths and legends that builds to the greatest legend of all – King Arthur and his knights.

This book is preceded in the series by Abandoned (book one) and Ambrosius: Last of the Romans (book two). 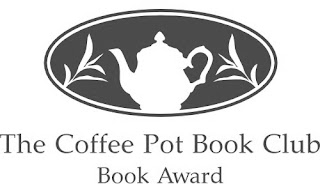 "Death with honour means more to me than living on in disgrace!"
The History of the Kings of Britain by Geoffrey of Monmouth

The Saxons keep on coming like an evil plague. They bring nothing but blood, fire, and death. Something must be done to stop them.

Uther Pendragon, the newly crowned King of the Britons, is determined to end the Saxons' ambitions and send them back to where they came from. His every desire is to see the Kingdom at peace.  But then he meets Ygerne and everything changes. War takes second place to lust. Uther will have what he desires regardless of the cost to himself, his nobles, and to his nation.

Merlyn is reminded of a prophecy about a boy who will become King. Sensing an opportunity he gives Uther what he wants and the Kingdom of Britannia what it needs. But Merlyn has many enemies and they will stop at nothing to make sure the prophecy never comes true.

I have read Gefforey of Monmouth's History of the Kings of Britain many times. Uther's Destiny (A Light in the Dark Ages Book 3) by Tim Walker is a refreshing retelling of the story of Uther and the boy who would be King.

Uther Pendragon is one of those characters who you are not to sure you should like that much. He is a self-centred King, who always gets what he wants. I thought Mr Walker portrayed him beautifully.  Uther is a very flawed character but that makes him all the more believable. Merlyn, who is also pivotal to this story, manipulates events in order for the prophesy to come true. He, like Uther, is not the most likeable of characters. But then, he wasn't in the stories of old either.

I thought the depiction of the Saxons was wonderful. It was great to have the perspective of both sides of the story. This really gave the story depth and kept the pace fast and engaging.

I thoroughly enjoyed  Uther's Destiny (A Light in the Dark Ages Book 3), and if you enjoy Arthurian fiction then this should definitely be on your 'to read' list! 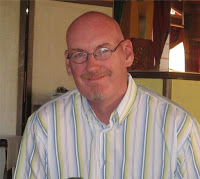 Tim Walker is an independent author based in Windsor, UK. Tim’s background is in marketing, journalism, editing and publications management. He began writing an historical series, A Light in the Dark Ages (set in the Fifth Century), in 2015, starting with a novella set at the time the Romans left Britain – Abandoned. This was followed in 2017 with a novel – Ambrosius: Last of the Romans, and the third installment, Uther’s Destiny, has just been released in March 2018.

His creative writing journey began in July 2015 with the publication of a book of short stories, Thames Valley Tales. In 2016 his first novel, a futuristic/dystopian thriller, Devil Gate Dawn was exposed on the Amazon Scout programme prior to publication. Both titles were re-launched with revised content, new covers and in print-on-demand paperback format in December 2016.

In January 2017 his first children’s book, The Adventures of Charly Holmes, co-written with his 12-year-old daughter, Cathy, was published. In September 2017 he published a second collection of short stories –Postcards from London.