#NewRelease ~ Misfortune of Song, book #5 in The Druid’s Brooch Series by Christy Nicholas, is on pre-order! Reserve your copy now! #HistFic #ASMSG @greendragon9 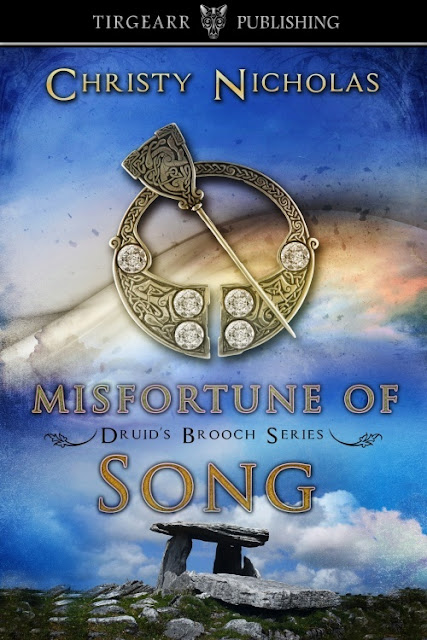 Even a soldier cannot fight love

In 12th century Ireland, all Maelan wants is to do his duty to his Chief and maintain his family’s good name. However, his granddaughter Orlagh, is hell bent on wreaking havoc, with no care for the consequences

When Orlagh falls in love with an itinerant bard, Maelan must rule with an iron fist to keep her from running away. However, her rebellion against his strictures results in disaster and he almost loses her in the same way he lost his beloved wife.