Please give a warm Coffee Pot welcome to Historical Fiction author, Michelle Saftich. Today, Michelle is going to share with us her inspiration behind her fabulous series…

Port of No Return 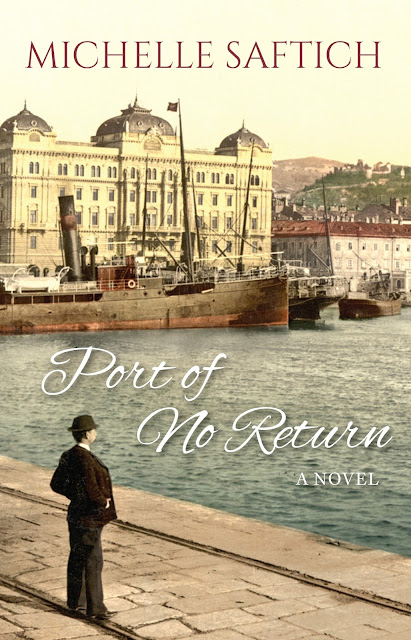 A family is forced to flee their Italian city of Fiume when Tito and his Yugoslav army come for it at the end of World War II. Separated, then homeless and starving in war-torn Europe, they struggle to survive. A story of friendship, family and hope. 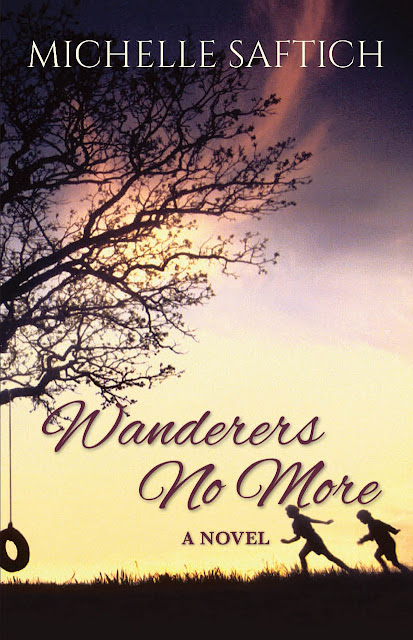 An Italian family escape Europe, seeking a fresh start in Australia. But they bring the past with them… dreams, love, friends and an enemy. Follow their son Martino as he faces 1950s’ racism and other struggles, in and outside the home, while never giving up on what seems like an impossible dream. (While a sequel, it can be read as a standalone novel).

Not many people know about the little but devastating conflict that happened at the end of World War II, in the north-east corner of Italy.

While the rest of Europe was preparing for peace at the end of the long, cruel war, north-east Italy was preparing for yet another war, a local one with Yugoslavia. This resulted in a battle that saw thousands killed and then as Tito’s Yugoslav troops moved in, a style of ethnic cleansing began.

Afterwards, even Italy wanted to suppress stories about it, needing to maintain peace with its Communist neighbour, Yugoslavia, throughout the Cold War.

It wouldn’t be until 2004 that the Italian government finally declared a Memorial Day in remembrance of the killings and the displaced Italians.

My grandparents lived in Fiume and my grandfather was named on a Yugoslav Partisan list for execution. They, like thousands of others, had to flee the city.

In researching this history, my father took me to meet an old Italian woman in her suburban home in Brisbane, Australia. In her dimly-lit kitchen, with a cup of tea in front of her, she recounted her memories of Tito’s troops coming down the hills into Fiume to claim their city. She was speaking in Italian while my father translated for me.

Even though I had to wait for the translation, I could tell by her whisperings that she was re-living it, that she was afraid to speak too loud as though Tito’s spies were still around to hear her.

She was only sixteen at the time.

“There were rumours,” she said. ‘We heard them.”

She wouldn’t answer. I waited, gave her time. At last, she said… “old mines. They were pushing them alive down old mine shafts.”

She would say no more. My father had told me that when Fiume was taken, the Yugoslav Partisans had “put Italians against the wall and shot them”.  I knew executions had taken place, but I didn’t know the full story.

I took to the internet and searched for information. And that’s when I first learned about the “foibe”. Not just old mines, but Italians were taken up into the mountainous karst regions and thrown down natural chasms in the ground. It was chilling.

Now I wanted to write not just about my grandparents’ experience but what had happened around them.

To do this, I shifted from writing a straight family memoir to historical fiction. I was now being inspired by my father’s family and keeping close to their journey but adding fiction to cover and reveal more history.

It was a tough assignment on many levels. But approaching the story through my eyes, the eyes of a granddaughter, with love and sensitivity, I tried to deliver a human tale, a family tale against a harsh historic backdrop, and one that to me should not be forgotten. I had thought to call my book Fiume not Forgotten, but I settled on Port of No Return, a fitting title too, as my grandparents would never return to the beautiful portside town of Fiume, now known as Rijeka.

Wanderers No More is the poignant sequel. In its pages, I tried to explore with open eyes what my father and his family encountered on migrating to Australia; their struggles to adapt and eke out a living while dealing with 1950s’ racism in a much less sophisticated and uncultured country than what they were used to. There is a family tragedy here that was the hardest of all to write…

And yet the novels are essentially about love, hope and inspiration. Times of war, loss and displacement can bring out the worst in people but also the best in people, making them great stories to tell and uphold.

These two novels were a privilege to write.

Port Of No Return 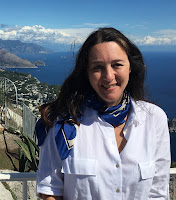 Michelle Saftich is an author who resides in Brisbane, Australia.

She holds a Bachelor of Business/Communications Degree, majoring in journalism, from the Queensland University of Technology (QUT).

She has had a rewarding career, working in communications, including print journalism, sub-editing, communications management, media relations and marketing.  However, writing fiction has always been her first passion.

Her debut historical fiction novel, Port of No Return, was published by Odyssey Books in 2015, and its recently published sequel Wanderers No More completes the series.  The series was inspired by her Italian-born father and his family and their experiences after World War II.

Michelle is married with two sons and writes with her black cat by her side.