We are so excited to be taking The Usurper King (The Plantagenet Legacy, Book 3) by Mercedes Rochelle #HistoricalFiction #Plantagenet #HenryIV #BlogTour @authorRochelle The Usurper King
(The Plantagenet Legacy, Book 3)
By Mercedes Rochelle 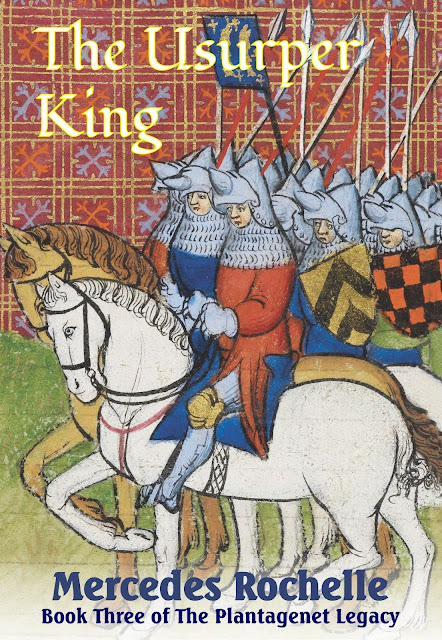 Publication Date: 5th April 2021
Publisher: Sergeant Press
Page Length: 308 Pages
Genre: Historical Fiction
From Outlaw to Usurper, Henry Bolingbroke fought one rebellion after another.
First, he led his own uprising. Gathering support the day he returned from exile, Henry marched across the country and vanquished the forsaken Richard II. Little did he realize that his problems were only just beginning. How does a usurper prove his legitimacy? What to do with the deposed king? Only three months after he took the crown, Henry IV had to face a rebellion led by Richard's disgruntled favorites. Worse yet, he was harassed by rumors of Richard's return to claim the throne. His own supporters were turning against him. How to control the overweening Percies, who were already demanding more than he could give? What to do with the rebellious Welsh? After only three years, the horrific Battle of Shrewsbury nearly cost him the throne—and his life. It didn't take long for Henry to discover that that having the kingship was much less rewarding than striving for it.
Amazon UK • Amazon US
Read for FREE with #KindleUnlimited subscription.
Mercedes Rochelle 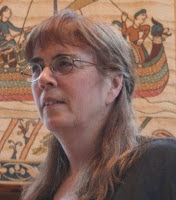 Mercedes Rochelle is an ardent lover of medieval history, and has channeled this interest into fiction writing. Her first four books cover eleventh-century Britain and events surrounding the Norman Conquest of England. The next series is called The Plantagenet Legacy about the struggles and abdication of Richard II, leading to the troubled reigns of the Lancastrian Kings. She also writes a blog: HistoricalBritainBlog.com to explore the history behind the story. Born in St. Louis, MO, she received by BA in Literature at the Univ. of Missouri St.Louis in 1979 then moved to New York in 1982 while in her mid-20s to “see the world”. The search hasn’t ended! Today she lives in Sergeantsville, NJ with her husband in a log home they had built themselves.
Social Media Links:
Website • Blog • Facebook • Twitter • BookBub • Amazon Author Page • Goodreads
Follow the tour HERE!
Tour Schedule 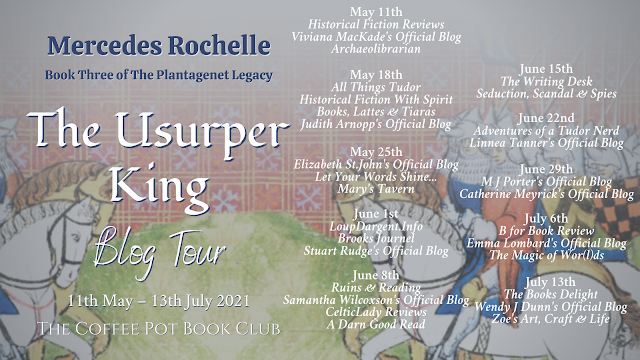