Let’s give a warm welcome of historical fiction author, David Pryce. David is going to tell us about his inspirations behind his latest book.

Voyage of the Dragon: Into the unknown... 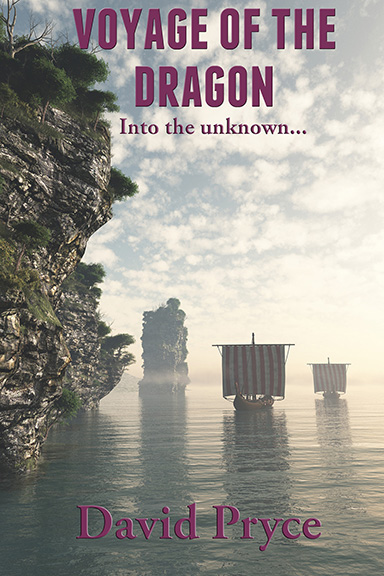 It's 1170 and seeking to turn their backs on bitter sibling rivalry and infighting, Prince Madog and his companions head out into the unknown, looking for a new life and a ‘New World’.

On the way they will encounter an arrogant and dangerous lord, an ambitious bishop, a future king, an Irish hating giant psychopath, and a vindictive Icelandic chieftain, whilst all the while being trailed by a deadly Welsh mercenary.

Will Prince Madog and his fellow travelers make it to the mystical land far to the west? Can they even make it out of Europe?
***


It's 1170 and seeking to turn their backs on bitter sibling rivalry and infighting, Prince Madog and his companions head out into the unknown, looking for a new life and a ‘New World’

On the way they will encounter an arrogant and dangerous lord, an ambitious bishop, a future king, an Irish hating giant psychopath, and a vindictive Icelandic chieftain, whilst all the while being trailed by a deadly Welsh mercenary.

Will Prince Madog and his fellow travelers make it to the mystical land far to the west? Can they even make it out of Europe?

Prince Madog ap Owain, illegitimate son of the great Prince of Wales, Owain Gwynedd and destined to be consigned like many of his siblings to historical obscurity. However legend has it that this particular Prince of Gwynedd led a group of intrepid travelers across the Atlantic Ocean, finally making landfall in Mobile Bay, Alabama. Some three hundred years before Signore Colombo.

For me, the story of Prince Madog began with an e-mail from my brother-in-law Nigel, himself a keen local historian living in the village of Northop in North Wales:

“Had you heard of the Welsh prince who discovered America?”

I hadn’t, but that soon changed as I dug voraciously into the research. I must confess that at the time my ambitions stretched no further than a couple of factual articles, perhaps a modest blog on the subject, but the more I dug, the more I felt that Prince Madog deserved more. Perhaps it was also the fact that I was a Welshman who had travelled across the Atlantic (albeit in slightly more comfort and with distinctly less peril - if you discount the airline food) to live in the United States that spurred me on.

I scoured the internet for tips and advice and discovered a whole community out there for budding authors. I started a spreadsheet to track my daily and weekly word totals and every day I lost myself in 12th century Wales, my characters took on life and writing allowed me to disappear from the everyday mundane.

I tend to write without a very tight planned structure, so when I sat down in front of the keyboard every day, I was excited to discover where the story would lead me and what my characters would get up to next.

Several months later and I had finished, I’d written a book! Exciting right? Well to be honest, I felt a little flat. I think that I started to have withdrawal symptoms, what was I going to do without my daily fix of Madog, Cynwrig, Fergal, Ioan and the rest of my protagonists?

Now if I thought that writing a book would be the hardest part, I was mistaken. Don’t get me wrong, it wasn’t easy, but then along came the editing…  In the interim, I took a trip back home to Wales visiting my mum and sister and naturally, I took time out to visit locations that had played pivotal roles in my novel; places that I’d visited many times growing up, but which now took on a whole new meaning.

When I got back, I rewrote parts of the book, taking inspiration from my travels around Gwynedd and Anglesey. I also got invaluable feedback from my best friend Jon out in Florida, who had been doing work on a series of books that had hit the NYT Children’s Bestseller list. Taking out my scalpel – or was that meat cleaver - my initial draft (which had just over 100,000 words) was trimmed down to 75,000 and it was off to Amazon.com!

Although as a child I liked to write short stories, I left that behind when I went to university, got a degree and ended up working underground in the gold mines of South Africa. It was many years and several countries later that I rediscovered the passion.

Would I have advice for anybody wanting to write a book? Don’t listen to any inner voices that say you can’t do it or that “people like me don’t write books.” Go for it! Start and get some words down, you can and will end up editing them later.
Where can I buy this fabulous book?
Amazon US
Amazon UK
About the author 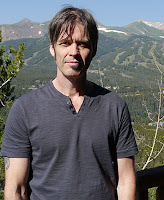 David Pryce was born and bred in North Wales; after graduating from The University of Leeds with a Mining Engineering degree, he spent the next seven years living and working in Southern Africa, which gave him ample opportunity to indulge in another of his passions – wildlife photography (www.stripephoto.com) After living in California for a couple of years, he moved back to the UK working for a specialist Africa travel company in London. He currently resides in Colorado, but returns to North Wales on a regular basis to visit family and rediscover his intrinsic ‘Welshness’ This also affords him the opportunity to get some proper fish and chips and a decent cup of tea! You can visit David online at www.wales2america.com and connect with him on twitter @Madog1170

Book 1 in 'The Madog Trilogy' is also available on Amazon