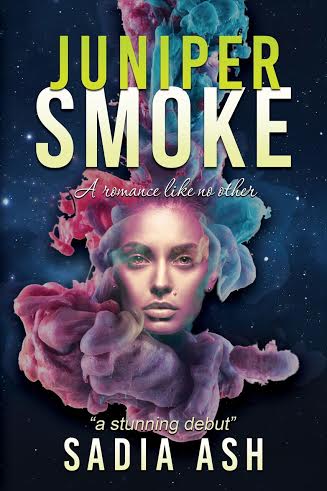 Juniper Mills is a straitlaced but sassy Iron Age curator at the History Museum in Ann Arbor, Michigan. At home, she is the sole provider for her special needs twin and comatose mother. Her mother—the best man-hater in the Western Hemisphere—raised Juniper in a grim, solitary existence, instilling in her a deep-rooted hatred of men.
Kyle Paxton is a genius micro-camera inventor from San Francisco--who thinks the models of the world are his own petting zoo. He is a clockwork man who schedules his life and relationships with robotic precision.
Juniper and Kyle meet when she is dangling forty feet from a museum scaffolding. When he joins the museum board, Juniper falls for him (figuratively this time) and all her man-hating training goes bust. She wants him, but knows it's going to be as hard as catching the ocean in a teacup.
Juniper knocks Kyle’s world off its axis and two worlds collide in this very unfairy tale. This novel is full of bendy twists and hairpin turns. Nothing is as it seems and none of the huge cast of characters behave as you would expect…

“Intense, romantic story that gives you a book hangover for a very long time. I was so connected to the characters that it was hard to let them go. The chemistry between Kyle and Juniper is swoon worthy. Beautifully written debut book by Sadia Ash - a perfect romance book to remember for a long time. A definite five-star read!”

“To say I like this book is an understatement...I LOVE IT! I've read 400 books this year and Juniper Smoke is in the top 3. As soon as I read the last word, I automatically wanted to read it again. The romance will stir emotions you will feel in your bones. The characters will make you laugh and cry, break your heart and mend it again. Kyle Paxton is the perfect book boyfriend and when he loves...you'll fall in love!

“Sadia has the ability to bring characters to life that makes them irresistible. Juniper Smoke has intelligent, modern characters--both cosmopolitan and down-to-earth, which makes for universal tension between Juniper and Kyle. Mixing in childhood challenges, high-tech brilliance, luxury, and sexual tension makes for a delicious brew. The tension is taut and ebbs and flows so fast, it will grip you from start to finish.
The book’s strength lies in the depth of its characters, who all express themselves in a distinctive way—their own voice and in keeping with their own galaxies. The novel is entertaining and fun, but is a reflection of the real world.” 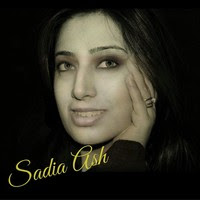 Sadia Ash has held jobs in different fields that involved writing (and never math) in some way. She has worked for film and TV publicity with the Prenner Group, did news and TV placement for Aeros (a NASA project), edited scripts for indie films, and fundraised. A lot. A serial volunteer, she has raised funds for many charities that educate and help girls.
Currently working on two other novels and a film script, Ash hopes to see the sunlight outside her window one day. She holds an MA English degree from Loyola University in Chicago, a Screenwriting Certificate from UCLA and one more impractical MA in English Literature from NUML. Originally from Chicago, she lives in sun-drenched Cali with her husband—who is her best friend—and two bright kids.

I've had an odd and beautiful life. I was born in one continent, raised in another one…and moved to a third one to settle down. From the thousands of people I met and befriended, there was always a common theme: Everyone had a story to tell.
Since I was three years old, I have wanted to tell the stories of the fictional people trapped in my head. I love dissecting characters and exploring what lies beneath the razor-thin surface of human behavior. I am humbled when anyone—a stranger, friend or loved one—reads what I wrote. So, thank you!"