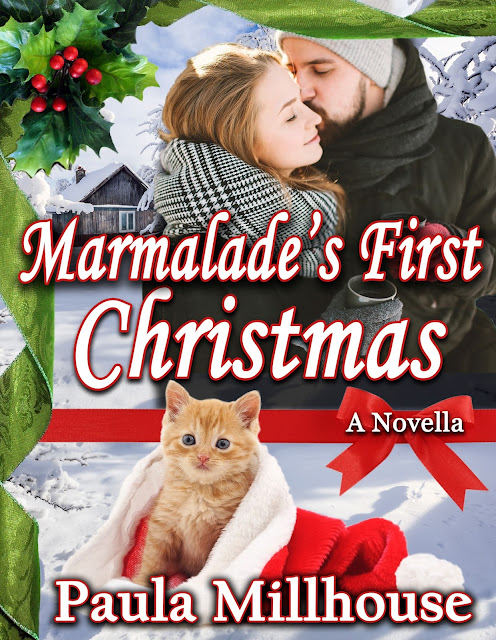 When billionaire Jake Simons rescues a kitten the week before Christmas, the orange tabby cat leads Jake to the greatest gift of the season - Veterinarian Marley West.
The last thing Marley needs is a client meddling in her personal business, but Old Man Winter, Mother Nature, and Jake’s pregnant mares have other plans for her holiday. When she gets snowed in with Jake during the worst blizzard in racehorse country, sparks fly.
But will Jake be strong enough to let go of ghosts from his past? And, in this friends-to-lovers story, will Marley learn to trust that Jake just might be her very own Christmas miracle?

Jake woke to an empty bed, and he startled up. Where was she? He tugged on a pair of sweats and a shirt, and left the bedroom searching for her.
What he found both surprised and pleased him.

“You’re up early,” she said, grinning at him with that breathtaking smile. She was sitting on the cushions in front of the fire, sipping a mug of something warm, reading one of his mother’s old romance novels. Marmalade was purring on her lap, and the Christmas Tree, the only other light besides the crackling fire lit up the room. “I found hot chocolate in the kitchen,” Marley said.
Jake took the mug and sniffed it. “Oh, this won’t do. Give me a sec and I’ll make you something amazing.”
He got up to go make the drinks, and Marley followed him. She watched him like a hawk as he simmered heavy cream, cinnamon sticks, and carved a big block of dark chocolate. “The secret is in not letting the cream reach a full boil.” He turned to the pantry and pulled out a bottle of Baileys Irish Cream. “And Baileys, of course.”
He poured the steaming elixir into big cheerful Snowman Mugs, added a shot of the liqueur, and then stirred a striped red and white candy cane in each mug. “Merry Christmas.”
She took one sip, and her eyes rolled back in her head. “Oh, Holy Night, this is incredible.”
He laughed, and sipped his cup too. “Pretty tasty.”
“I love this time of year, you know. It’s as if this one week, everything is perfect. Unblemished. Full of possibilities.”
She had a chocolate mustache from the drink, and he reached in and touched her upper lip. “You got a little something right there…”
She giggled. He swiped his tongue across the chocolate on her lips. He groaned. Her soft full lips tasted even better with chocolate on them. “This is turning out to be my favorite week this year too.”
She blushed, and her whole face turned holly berry red. Her delicately curved neck too. He took the mug from her hands, set it down, and backed her up to the granite counter. He kissed her properly, thoroughly, deeply.
She sighed, so he knew he’d gotten it right. The tingly taste of peppermint and chocolate on her tongue instantly became his favorite new treat. “Mmm…”
The kitchen heated up with their kisses, but a few moments later she pulled away and said, “We should go check on the mares, and their babies.” 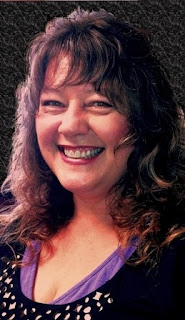 I write books.
Books where romance, fantasy, and suspense collide.
Born and raised in Savannah, Georgia, where Spanish moss whispers tales in breezes from the Atlantic Ocean, as a child I soaked in the sunshine and heritage of cobblestones, pirate lore, and stories steeped in savory mysteries of the South. I graduated with honors from both Armstrong Atlantic State University, and Georgia Southern University.
I live in the mountains now with my husband, but honor my southern heritage as a storyteller by sharing high heat adventures in romance fiction with readers.
What’s in it for you?
A reward. Treat yourself to an entertaining diversion from your daily routine by reading my stories. You’ll find themes like, justice does exist, love is worth fighting for, and happily ever afters are expected.