Great News, Arthurian Historical Fiction author, Tim Walker, has just announced that his books are now available in both ebook and paperback!! 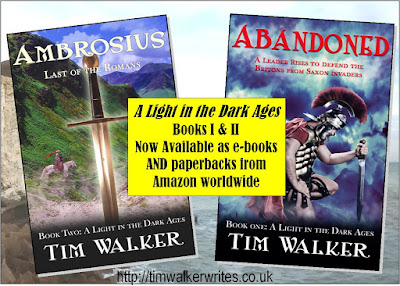 Abandoned!
(A Light In The Dark Ages Book 1) 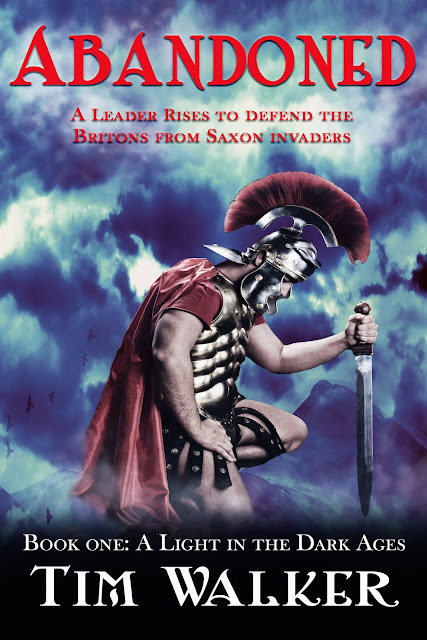 Britannia lies shocked and exposed by the sudden departure of the Roman legions in the year 410. A hero arises - Marcus Aquilius - to protect the town of Calleva from an invading Saxon army. The townsfolk must decide if their town and way of life is worth fighting for, or if they should flee to the forest and revert to a tribal lifestyle. Marcus knows he must embrace change and makes his own personal journey to emerge as Marcus Pendragon.

Ambrosius: Last of the Romans
(A Light In The Dark Ages Book 2) 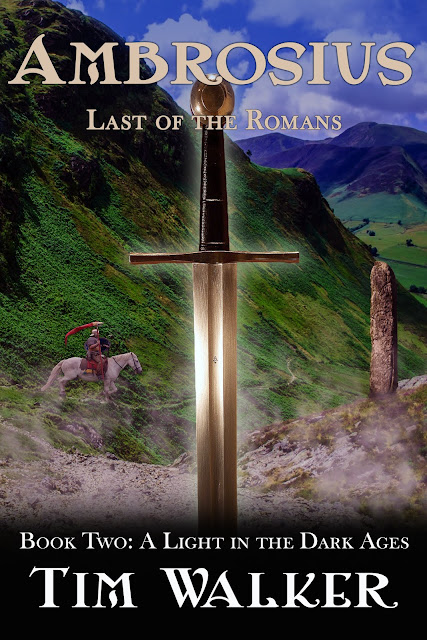 Britannia lies open to barbarian invasions as it slowly adjusts to life after Roman rule. Cruel high king Vortigern has seized control and chosen to employ Saxons in his mercenary army. But who is the master and who the puppet?

Enter Ambrosius Aurelianus, a Roman tribune on a secret mission to Britannia. He is returning to the land where, as a child, he witnessed the murder of his noble father and grew up under the watchful eyes of an adoptive family in the town of Calleva Atrebatum. He is thrown into the politics of the time, as tribal chiefs eye each other with suspicion whilst kept at heel by the high king.

Ambrosius finds that the influence of Rome is fast becoming a distant memory, as Britannia reverts to its Celtic tribal roots. He joins forces with his adoptive brother, Uther Pendragon, and they are guided by their shrewd father, Marcus, as he senses his destiny is to lead the Britons to a more secure future.

Ambrosius: Last of the Romans is an historical fiction novel set in the early Dark Ages, a time of myths and legends that builds to the greatest legend of all – King Arthur and his knights


Links for Purchase
Abandoned!
(A Light In The Dark Ages Book 1)
Amazon

Ambrosius: Last of the Romans
(A Light In The Dark Ages Book 2)
Amazon 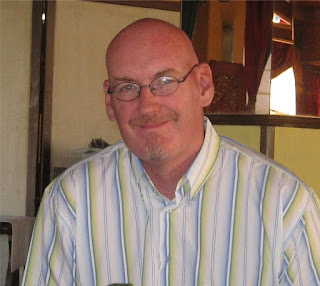 Tim Walker is an independent multi-genre author based near Windsor, in the UK. This book, Ambrosius: Last of the Romans, is part two in a three-part historical fiction series under the series title, A Light in the Dark Ages. Part one, Abandoned! is available from Amazon, with part three, Uther’s Destiny, soon to follow.