To Raise a King 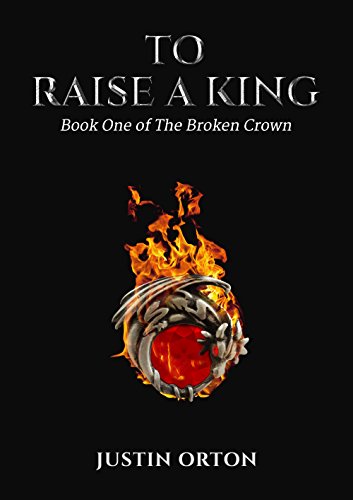 When Matt escapes a Scottish boys' home to search for his parents, he instead finds himself fleeing for his life. Cast back in time to the brutality of 6th-century Scotland, he is sent on a dangerous quest - a race to recover the missing fragments of a broken crown and save two worlds from certain destruction.

Love, betrayal and murder follow Matt as he struggles against a backdrop of powerful magic and political tension that soon erupts into open war. Matt's faith in himself, and his trust in his newfound friends will be put to the ultimate test as he fights to Raise a King.
.

What happens when History and Legend collides…?

Matt longs for what he does not have. A family. A mother who loves him. A father to guide him. Instead, he lives in a home for boys. Abandoned. Forgotten. Alone. His only comfort is his dog, Mia.

Matt is so determined to find his parents that he takes matters into his own hands and runs away. What he didn't expect was to end up in 6th Century Scotland! What happens next will challenge everything he thought he knew about himself, the world, and as it turns out, the not so legendary King Arthur.

Rich in history, overflowing with Arthurian myths and legends, Justin Orton takes his readers on quite a journey. With an elegant wit and descriptive prose, Orton brings to life the beauty and the brutality of 6th Century Scotland. To Raise a King (The Broken Crown Book 1)  is so rich in detail that I could smell the rain in the air, see the vastness of the lochs, and the majestic heights of the mountains.

The protagonist, Matt, is an incredibly courageous young man who's life is turned completely upside down. Everything he thought he knew turns out to be a lie. Suddenly, King Arthur isn't a fairy story and Merlin is real.  Matt finds himself part of this very complicated world to which he had no prior knowledge of. Matt has courage beyond his years, and I could not help but like him. He is the hero of this story. Matt was very real in the telling, and his character drove the story forward and kept me turning those pages.

Orton has obviously spent a lot of time researching this fascinating era, and it comes across in the writing. I like what he did with the Arthurian Legend, and he gave this ancient story a slight Science-Fiction twist which worked remarkably well.

A great deal happens in this book, and there is this sense that no one is as they seem and at one point I was questioning, just like Matt, who were the bad guys! I like a book that makes me think!!

To Raise a King (The Broken Crown Book 1) is an action-packed adventure, that kept me turning those pages. I look forward to reading more books in this series. Justin Orton, you have got yourself a new fan!! 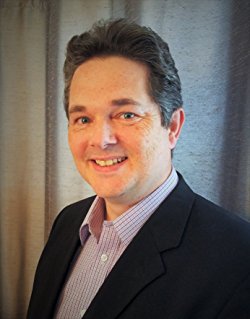 I spend most days delving into the world of computer code and unraveling programming mysteries for many major corporations, but my true passion is fictional writing.

My work is always supervised by Oliver (my cat), who’s four-legged contributions can often be found in both my coding and writing (all spelnig errors r stritcly his!).

I was born and raised in England, but now live with my beautiful wife Lisa in Florida (famous for its theme parks, beaches, the occasional hurricane, and a certain mouse).

My hobbies include: reading, movies, history, travel (I want to see mountains again Gandalf – mountains!), and exploring the latest gadgets and gizmos.

I’m rather fond of single malt scotch and it’s not uncommon to find me of an evening, sipping on a fine dram, while pondering how to get a character out of the very awkward situation I recently put them in!