Please give a warm welcome to The Sunday Times Bestselling author, Anne O'Brien. Anne is going to share with us the inspirations behind her latest book... 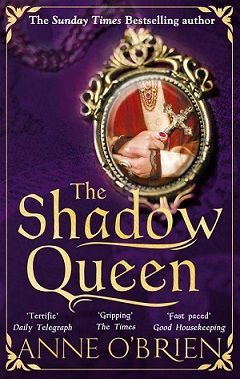 The Shadow Queen is the story of Joan of Kent, a tale of treachery, power-hungry families and legal subterfuges, in which Joan, a woman of considerable charm and beauty, played a central role at the Plantagenet Court.
‘What would enhance the pattern of my life further? One word slid into my
mind. A seductive word. A dangerous word, perhaps, for a woman. Power.’
From her first clandestine marriage Joan of Kent’s reputation was one of scandal and rumour.  Her royal blood made her a desirable bride, but her ambition and passion could become a threat to the stability of the Plantagenet dynasty.
Joan knew what she must do to survive, the political games to play, the alliances she must make, even if one man will always own her heart.  But would her ambitions bring her happiness?
A dramatic story of love and loyalty and of the cost of personal ambition, this is the story  of the woman who would ultimately seek power as the mother to the ten year old King Richard II, from the shadows of the throne.
The Shadow Queen breathes life back into this remarkable medieval woman, Joan, the Fair Maid of Kent of Kent.

Joan of Kent: A Many-Faceted Woman

All the medieval women I have written about in the past have been chosen by me because of the characters with whom they interacted and the story they had to tell of the politics and social mores of the day.  Joan of Kent was the one to do the choosing in this writing partnership.  She has appeared in cameo slots in previous novels.  This time she demanded a stage of her own.

I have to admit to an initial reluctance.  I have stepped around this Plantagenet princess because she was such a complex character with much myth attached to her and little evidence.  Apart from some significant points in her life, certainly of a scandalous nature, we know very little about her.  It is all supposition and possibilities.  When it comes to her motivations, we are left in the dark, reliant on conjecture.  More importantly, for me, it takes more than scandal to make a medieval woman into an exciting and dramatic subject for a historical novel.  For me she must be involved in the events of the reign with some influence on the lives of those around her.

Yet Joan hovered on my horizon, appearing in The King's Concubine as a significant mover and shaker.  Ultimately I had to take her on if only to see which of the contemporary opinions had some truth behind them. I decided that it would be a writer's act of cowardice to turn my back on this intriguing woman who became Princess of Wales, Princess of Aquitaine and ultimately King's Mother.

Was she '... the most beautiful lady in the whole realm of England, and by far the most amorous.' So says Jean Froissart.  Was she  'beauteous, charming and discreet.'  The opinion of the Chandos Herald.
Or was this a more accurate, and far less flattering, summing up of Joan?  '...concerning  whose birth (Richard II) many unsavoury things were commonly said (of Joan), namely that he (Richard) was not born to a father of the royal line, but of a mother given to slippery ways - to say nothing of many other things I have heard.'  Thus the opinion given in The Chronicle of Adam Usk.
It would be an interesting exercise.
Joan was notable for her three marriages, two of them clandestine and one quite definitely bigamous.  Here, for once, we have much evidence about the legalities of the decisions made to solve the problem of Joan's bigamy, but here was also the intrigue.  Was Joan simply a pawn in the pattern of royal alliance-making, forced into a union with a powerful family against her will, or did she take her future into her own hands?  Was she sweet and beautiful and perfectly compliant, or did she have a will of iron? Even more important, was Joan's first marriage simply the result of a lust-filled seduction of a gullible young girl by Sir Thomas Holland, who should have known better?

Myth says that Joan had a childhood and reciprocal love affair with Edward of Woodstock, later Prince of Wales, which ultimately brought them together into marriage when Joan was widowed.  This seems highly improbably since Edward was two years younger than Joan, and Joan was already wed to Sir Thomas Holland when barely more than a child.  A youthful love affair is not a likely scenario.  So what was her relationship with Prince Edward, and what persuaded her to engage in a marriage with the Prince, a marriage equally as clandestine as the one with Thomas Holland, until a papal dispensation sorted out the mess?

I was also interested to discover if Joan had ambition.  Of royal blood and first cousin to King Edward III, how did she see her future as the daughter of a man executed for treason?  After the death of King Edward III, Joan was in the pre-eminent position of  King's Mother for her ten year old son Richard II.  Did she wield any influence?  And what was her relationship with the infamous Alice Perrers and the equally ambitious John of Gaunt?   Their paths certainly crossed.  Here were relationships I knew I would like to explore.

Finally there was the issue of Joan's insecurity which dogged her final days.  Joan's marriage scandals might just cast a dark shadow over the legitimate inheritance of her son.

What a roller coaster of a life it turned out to be for Princess Joan, the Fair Maid of Kent.  Using the evidence where we have it, particularly in Aquitaine where neither Joan nor Prince Edward made many friends, I have developed her character of much notoriety, some charm and considerable ambition.  This is Joan of Kent, The Shadow Queen.

Links for Purchase
On sale in Waterstones, WHS and all good bookshops a well as on Amazon 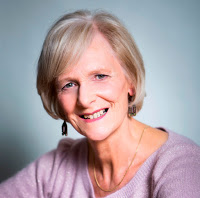 Anne O’Brien was born in West  Yorkshire. After gaining a BA Honours degree in History at Manchester University and a Master’s in Education at Hull, she lived in East Yorkshire for many years as a teacher of history.
She now lives with her husband in an eighteenth-century timber-framed cottage in the depths of the Welsh Marches in Herefordshire, on the borders between England and Wales, where she writes historical novels.  The perfect place in which to bring medieval women back to life.