Child of the Kindred

Enter the realm of Rinefield, where love, danger, adventure and romance awaits you. Their world is changing and a new era has begun. Princess Laurel finds her kingdom of Gwenlais, torn and shattered from a bloody siege. Her people now looking to her, to help them rise above the ruin and misery inflicted upon their once peaceful and sheltered realm. Laurel and her beloved Prince Caleb, must find a way to unite their kingdoms, as never before. The enemy from a distant land makes a bold and savage attempt, to thwart the unity of the two kingdoms of Gwenlais and Heathwin. The odds have never been greater against the realms or the two lovers that hold the kingdoms together. Will their people and their love survive all they have lost? Will new life rise from above the ruins?

Princess Laurel is being held captive by the cruel and wicked, Warrick. Her beloved kingdom, Gwenlais, has been overcome with Warrick's men. There is blood on the street as Warrick's army plunders the kingdom. Laurel's only hope is that her husband, Prince Caleb, will bring the army of Heathwin to liberate Gwenlais. But time is running out for Laurel. Her life is in Warrick's hands, and Warrick is not in a merciful mood.

Well, M.T. Magee certainly kept us waiting for the second part of The Reinfield Chronicles, but boy, was it worth the wait!!

Filled with drama, war, love and hate, Child Of The Kindred did not disappoint. With elegant prose and characters that jumped off the page, this is a world that is very easy to get lost in.

Although both Gwenlais and Heathwin are fantasy kingdoms, it doesn't feel that foreign. I could envisage the grandeur of the Highlands of Scotland and the beauty of Ireland as I read. It is certainly a magnificent backdrop for a compelling read.

The characters are fresh and very real in the telling. Like before, with book 1, I loved the characterisation of Aiden, who despite being a secondary character is so much fun to read about. He is definitely my favourite character in this series thus far. I also adored Queen Alana. She is beautifully portrayed.  Queen Alana is a very loving, but strong woman. I liked her.

What I really liked about Child Of The Kindred is the realism, despite it being a fantasy world. When something bad happens to one of the characters they don't just brush themselves off and act like it never happened, they suffer, and sometimes it takes a long time to get over the event. I thought this especially applied to Laurel, Marina and the children. But despite the suffering their is also much humour in this book. I found myself crying and laughing almost at the same time! Not many books can pull that off! Well done, Ms. Magee.

If you are looking for escapism with a heavy dose of romance, then this is the series for you. Although on the blurb the author states this isn't a standalone, I think it wouldn't take a reader much to catch up with the story. But saying that, I do recommend starting with book one because it would be a shame to miss out on such truly unforgettable characters. 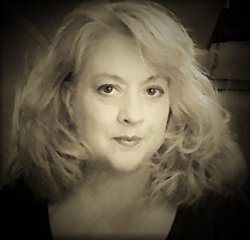 My name is M.T.Magee I write bestselling YA Historical Medieval Fantasy that is beautifully romantic with whispers of Gaelic legend. On Mar. 31st The Treasure of Gwenlais received the 2015 Silver Medal Winner of Ireland's Drunken Druid Award Finalist for IAN Book of the Year Award 2016 for First Novel on Aug. 31st. On Sept.1st 2016 I received the Finalist Award for Readers' Favorite Book Awards Voted #1 On Listopia's Best Fantasy Romance (not urban).

I live in New England on our small farm with my husband and son. We raise an assortment of silly goats, quiet rabbits, far too many ducks and chickens, and a high strung Border Collie cross named Gronk.