Please give a warm Coffee Pot welcome to historical fiction author, Glen Craney. Glen is going to tell us all about his inspiration behind his fabulous books...

The Fire and the Light: A Novel of the Cathars

The Spider and the Stone: A Novel of Scotland's Black Douglas

As the 14th century dawns, the brutal King Edward Longshanks of England schemes to steal Scotland. But a frail, dark-skinned boy named James Douglas, inspired by a headstrong lass from Fife, defies three Plantagenet kings and champions the cause of his wavering friend, Robert the Bruce, to lead the armies to the bloody field of Bannockburn. A thrilling historical saga of star-crossed love and heroic sacrifice during the Scottish Wars of Independence.

The Virgin of the Wind Rose: A Christopher Columbus Mystery-Thriller 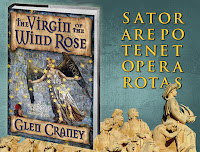 While investigating the murder of an American missionary in Ethiopia, rookie State Department lawyer Jaqueline Quartermane stumbles upon the infamous Templar Word Square, an ancient Latin puzzle that has eluded scholars for centuries. To her horror, she soon discovers the palindrome has been embedded with a cryptographic time bomb. Separated by half a millennium, two global conspiracies dovetail in this historical mystery-thriller to expose the world's most explosive secret: The real identity and mission of Christopher Columbus.

Readers are fascinated by how authors find the ideas for their historical novels. When I tell them my characters choose me, they assume I’m speaking metaphorically. I’m not.
Inspiration for my books often comes in dreams—not the usual mishmash of subconscious dross, but in lucid sleep visions that are vivid in color, rich in emotional feeling, and studded with symbols, names, and images. The experience is like having one’s brain downloaded with a compressed digital file that must be unzipped to decode its message.

The first time this happened, I had an intense dream of a robed woman walking toward me across the ruins of a mountain castle. I heard the word “crusade” chanted while around the woman’s feet sprouted dozens of crosses that shifted between possessing two and three horizontal beams. These crosses seemed to mark the location of forgotten graves. I was struck by their resemblance to the logo used by the American Lung Association in its modern crusade against tuberculosis. The woman, bathed in a lucent white radiance, beckoned me with outstretched arms and pleaded, “Peace, child, let the Light.” 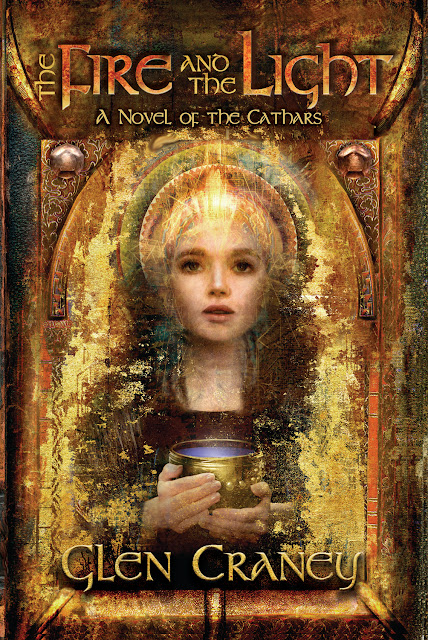 This dream launched me into weeks of research. I learned that the triple cross was a watermark used by the medieval Cathars, a sect of pacifist healers. Although raised a Roman Catholic, I had never been told of the Albigensian Crusade, the 13th-century war of extermination sanctioned by the Church. As my investigation into these pacifist Christians deepened, I couldn’t shake the feeling that my mysterious muse had brought a warning for our own time, plagued as it is by religious intolerance and terror.
Months later, I was climbing the heights of Montsegur in the Ariege region of southwestern France. That desolate mount and its haunting castle ruins looked strikingly similar to the landscape in my dream. And that encounter would be only the first of many déjà vu experiences in Cathar country. The Fire and the Light: A Novel of the Cathars was the result of my quest.

In another dream, I was a mounted knight caught in a death struggle along a stream with a black-robed hag who attacked me with a sickle. The scene then shifted to a celebratory photograph of seven knights standing around a seated monarch. Below this tableau, a caption appeared: “Americans Aid the King at Bannockburn.”
I wrote this down, even though it made no sense. If I had heard of the Battle of Bannockburn, its significance had long since been lost to my school days. And the caption under the photograph was particularly baffling. Robert the Bruce, after all, won his unlikely Scot victory against the English in 1314, nearly five hundred years before the United States was even an idea. 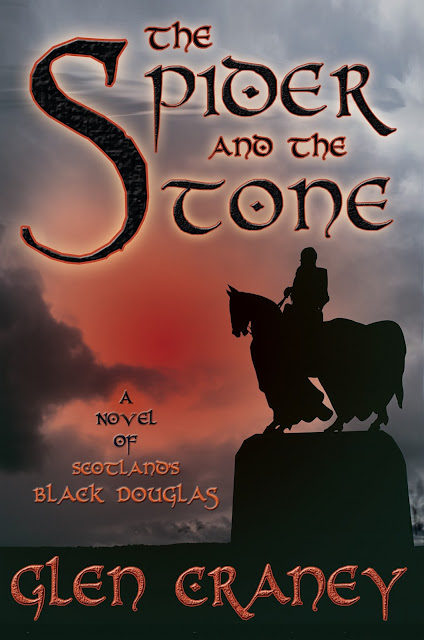 Two months after that dream, I was in Scotland walking along the burn of Bannock with Stirling Castle looming in the distance. That stream looked similar to the one in my dream. I realized that I had been given another writing assignment. Eventually, I deciphered the meaning of the dream’s intimation that Americans aided King Robert at the battle. That experience led to The Spider and the Stone: A Novel of Scotland’s Black Douglas.

A few years later, I awoke from an extended dream that consisted of a single word repeated through the night: SATOR. My first thought was of the Japanese word for wisdom, Satori. Yet as I dug deeper into its etymology, I discovered the existence of an infamous magic word square, a Latin palindrome often called the SATOR Square. As I worked to solve its message that has eluded scholars for centuries, one clue after another led me to write my dual-period historical thriller, The Virgin of the Wind Rose: A Christopher Columbus Mystery-Thriller. 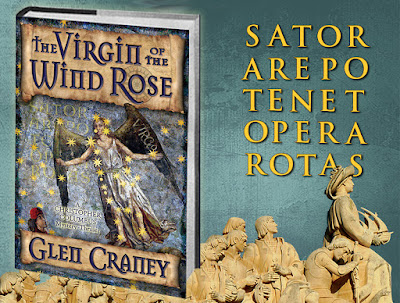 I’ve learned to pay careful attention to these inspirational dreams. Now, if only the muses would write the books, I’d have it easy. But, alas, that remains the toil of we mere mortals. 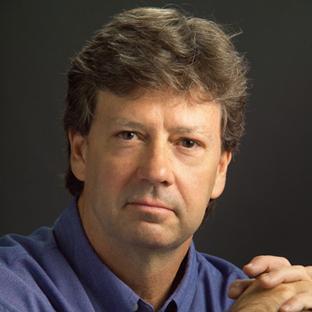 Glen Craney is a novelist, screenwriter, and journalist. He holds graduate degrees from Indiana University School of Law and Columbia University School of Journalism. He practiced trial law before joining the Washington, D.C. press corps to cover national politics and the Iran-contra trial for Congressional Quarterly magazine. The Academy of Motion Pictures, Arts and Sciences awarded him the Nicholl Fellowship prize for best new screenwriting. He is also a three-time indieBRAG Medallion Honoree, a Chaucer Award First-Place Winner, and a three-time Foreword Reviews Book-of-the-Year Award Finalist. His debut novel, The Fire and the Light, was recognized as Best New Fiction by the National Indie Excellence Awards. His books have taken readers to Occitania during the Albigensian Crusade, to the Scotland of Robert Bruce, to Portugal during the Age of Discovery, to the trenches of France during World War I, and to the American Hoovervilles of the Great Depression. He lives in southern California.
Useful Links
Author website
Twitter
Facebook
Goodreads