It is with great pleasure that I welcome the Award Winning, Time-Travel Historical Romance, author, Lisa Dawn Walder, onto the blog. Lisa is going to tell us all about the inspiration behind her latest book…. 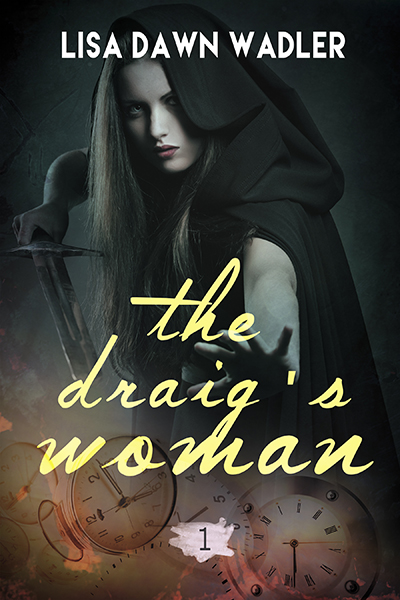 Rescuing the man tied to a tree seemed like a rational decision. Claire is a smart, capable bookkeeper who happens to work at a martial arts academy. She has no idea the door she walked through to save the bound man would leave her trapped in 13th century Scotland. She is unable to regret the night of passion shared with Ian, even though it happened with the threat of death just outside the door. She pretends to be content with Ian’s friendship, knowing his people must come first. Compelled by honor and tormented by desire, is being his woman, while he marries another, enough?

Ian, Laird of the Draig Clan, is a man trapped by fate. Forced by necessity to marry a woman he has never met, her dowry is essential to save his clan. However, he is in love with the woman who saved his life and then spent one night in his arms. Duty prevents Ian from being able to marry Claire as custom, honor, and his heart demand. Drawn to her, believing they share the same desires and dreams in life, he finally offers her the only option available, a place by his side and in his bed.

Claire and Ian are bound together in love and then ripped apart by deception and a plot to destroy the Draig clan. Facing the final battle alone and unarmed, Claire saves them all. The ultimate challenge is forgiving Ian for sending her away.

The question of inspiration for the story involves a personal journey into becoming stronger. Roughly six years ago I began taking martial arts with my kids, at first to make them happy and then because it made me feel strong and capable. While working with an instructor - a fourth degreed black belt, complete with a shaved head and loads of tattoos - I was learning how to escape a hold and then flip the opponent onto the floor. When I actually managed to do the move correctly, I reached down to help him up and he called me a bad ass. I will never be able to explain how much that single compliment filled me; how it tapped into a place I never knew I had inside. Seriously, I’m a middle-aged mom… 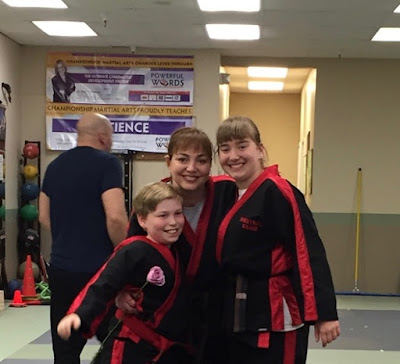 Later that night, after the kids were in bed, I settled in to continue reading my historical romance book. The heroine had found herself in a precarious situation and was being held virtually the same way I had been in class. In my head, I saw her escape from the threat, but in the book she had to wait for the hero to come save her. It left me disappointed - I wanted her to be physically strong. Unable to find an historical romance book that filled this need, I sat down to attempt to write one.
As a huge fan of historical romance, I wanted to see physically capable heroines within my beloved genre. Having read multiple time travel romances, I knew this would be how I placed martial arts trained women into a world where women weren’t expected to be able to save the day or themselves. To shake it up a bit more, my heroines are the true heroes of each story. They save the day and the Laird, while finding their happily-ever-after.

In my second book, Time of the Draig, I explain my version of what makes time travel possible. No magic or mysterious fogs. The door that leads to medieval Scotland in each of The Draig books comes from a science fiction foundation.

Book three, The Draig’s Wife, will be released 5/31/17. Don’t worry about what order you read the books, it’s a stand-alone series. 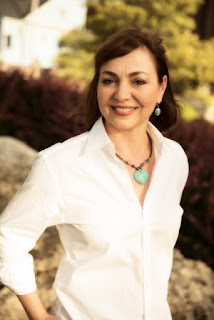 Lisa began writing after reading yet another romance novel where the heroine needed a man to rescue her from physical harm. While a firm believer in the strong alpha-male hero in any story, she wondered what would happen if that hero met a woman who was able to take care of herself physically. Using her several years of Tae Kwon Do training and mixing in time travel, her multi-award winning debut novel, The Draig’s Woman was born.

Lisa lives in the Chicago suburbs and is married to her high school sweetheart. They have two children and one very spoiled dog. And yes, she finally earned her black belt 3/17!