The Rogue of Islay Isle 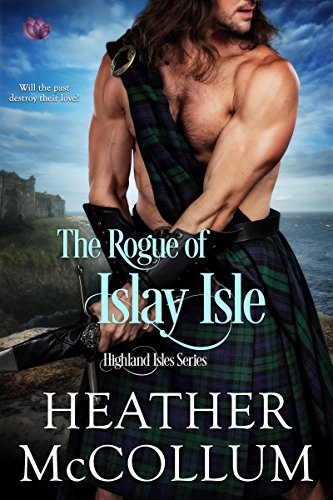 Cullen Duffie, a Highland warrior and charming rogue, is the new chief of Clan MacDonald. Determined to prove he’s not his father, Cullen works to secure his clan against the English. When a woman washes onto Islay’s shores, Cullen protects her from his uncles’ schemes.

Waking up not knowing who she is or where she comes from, Madeleine is at the mercy of the man who found her. Unable to speak from the swelling around her throat from a rope tether, she learns as much as she can about the new world around her and the powerful, sword-wielding Highlander who has sworn to protect her.

Through dreams and flashes of her past, Madeleine begins to rebuild her memories. But the more she recalls about the horror she escaped, the more she realizes the jeopardy she is bringing to Islay, Clan MacDonald and the Highlander who has captured her heart.

How far would you go to save the woman you love?

Being the chief of Clan MacDonald brings with it prestige and great responsibility. Cullen Duffie feels like he is balancing on the edge of a sword as he tries to shoulder the responsibility of leadership. Not only that but there is a silent threat of war between England and France. If there is even a whisper of Clan MacDonald swearing allegiance to the French cause, then King Henry will not be forgiving.  The last thing Cullen wants is to be found harbouring a mysterious French woman who was washed up on the beach. But harbour her he must, for she is in desperate need of refuge and he can not, in good conscience, turn his back on her.

Oh, I did enjoy this book. The Rogue Of Islay is one of those books where you want to shut out the world, curl up under a blanket and just read!  Heather McCollum transported me back to 16th Century Scotland, and for a while, I was more than happy to stay there!

Madeleine "Rose" came across as a very strong heroine, despite all the terrible abuse that she has had to endure. She tries desperately hard to piece together her memories, even though she fears what she might discover about herself when she remembers. I thought her character was beautifully drawn and very real in the telling.

Likewise, Cullen was drawn with great skill. He has to do right by his clan, but he also has to do right by the woman that he has rescued. Cullen is honourable and not one to be swayed by persuasive arguments. It would have been very easy for him to abandon Rose, but he would never do something like that. So despite great opposition from his uncles, he stays steadfast in his decisions. He has promised Rose his protection, and that is the end of the matter.

The romance between Rose and Cullen was tender at times, passionate at others. Their love story is wonderful to read about and, more importantly, convincing!

The plot really speeds up so much towards the end of the book that it was simply unputadownable.

If you are looking for your next Highland Romance, then look no further than The Rogue Of Islay by Heather McCollum. You won't be disappointed. 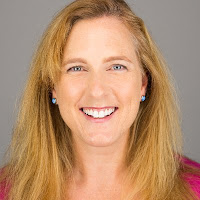 Heather McCollum is an award winning, historical and contemporary YA paranormal romance writer. She earned her B.A. in Biology from the University of Maine, much to her English professor's dismay. She is a member of Romance Writers of America and was a 2009 Golden Heart Finalist. Ms. McCollum has four full length historical, paranormal romances released in both electronic and digital formats. She also has one short novella released in electronic format.

When she is not busy writing and answering calls of "Mom", she can be found educating women about ovarian cancer. She is a teal warrior herself and just finished slaying the ovarian cancer beast.

She currently resides with her very own Highland hero and three spirited children in the wilds of suburbia on the mid-Atlantic coast.

More information about Ms. McCollum and her books can be found at www.HeatherMcCollum.com
Posted by Mary Anne Yarde at 21:03