#Bookreview ~ Flock, The Gathering of The Damned #HistFic #ASMSG @AuthoJana


Flock, The Gathering of The Damned 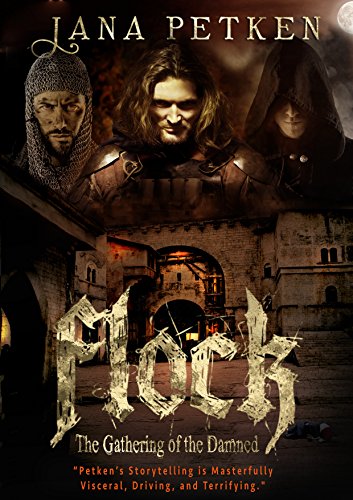 Flock, The Gathering of The Damned, from the bestselling and multi-award-winning author of The Errant Flock, The Guardian of Secrets, Dark Shadows: Mercy Carver, and Swearing Allegiance.

The Sagrat militiamen suspend their hunt for Alejandro and return to Valencia to discover that they have become the prey.

When Rafael Perato is abducted at the Inquisitor’s funeral, he finds himself facing a new and dangerous enemy. What his captor wants with him is unclear, but as the days turn to weeks Rafael is plunged deeper and deeper into a web of deceit and betrayal.

David Sanz is marked for death after he uncovers a deadly secret and must choose between his duty to find Rafael Perato and his need to evade capture.

This is one of my most hotly-anticipated books of the year. Rich in historical detail with a story line that is simply unputadownable, Flock, The Gathering of the Damned, is an example of historical fiction at its very best.

Book 3 in The Flock Trilogy picks up where Book 2 left off, and I found myself immediately thrown back in the thick of the action.

This isn't a standalone book, you do need to read the other two books to appreciate how wonderfully compelling this story is. Set in 16th century Spain, during the Spanish Inquisition, Flock, The Gathering of the Damned, is full of conspiracies and plots. No one is safe, and everyone has their secrets.

Jana Petken is not only a master storyteller, but her attention to the historical detail of the era has to be commended. It is very obvious that Ms Petken has spent many hours researching this period and this comes across in her writing.

As before, I found the characters very well drawn. It was great to meet up with old friends, such as David, but Ms Petken has brought new characters into the story, and they slipped in as if they had always been there.

Reading this book was effortless, it was like watching a movie, and I didn't notice the time pass by while I was reading.

I cannot recommend this series, or this book, enough. Fabulous, rich storytelling that will leave you wanting more. 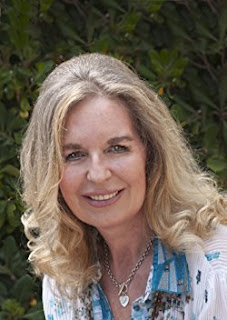 Jana Petken is a multi award winning, bestselling historical fiction novelist. She served in the British Royal Navy, was a bodyguard, and a member of British Airways cabin crew.
She turned to writing after an accident on board an aircraft, and has become critically acclaimed as a gritty, hard hitting author who produces bold, colourful characters and riveting storylines.
Useful Links
Website