Sale ~ The Du Lac Chronicles is only 0.99 on #Kindle #Arthurian #HistFic #ASMSG

I have great news, The Du Lac Chronicles is only 0.99 on Kindle for a Limited Time only ~ Don’t miss out! 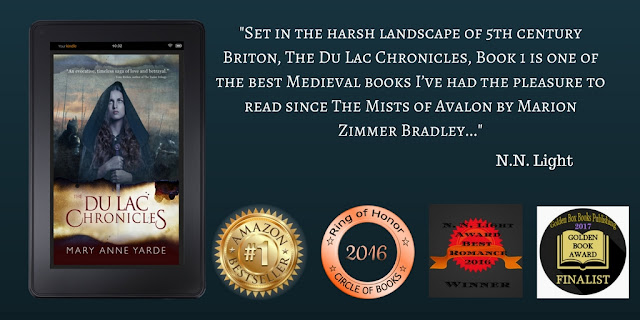 “I am a fan of all things King Arthur, and have read numerous versions of the legend. This one is a new take on the story that is simply brilliant!” 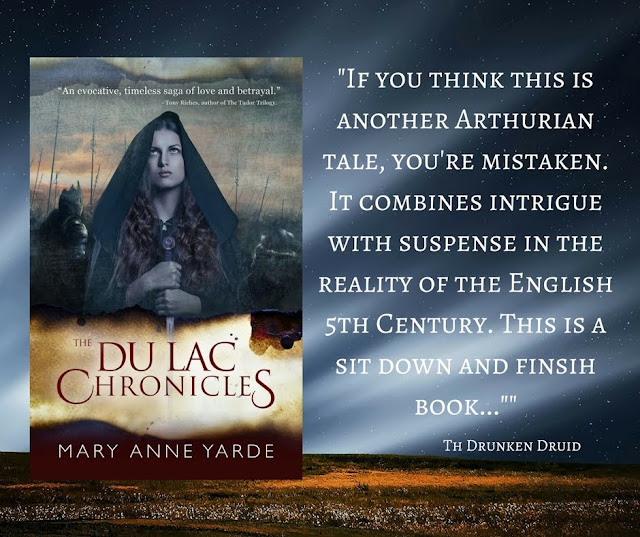 Alden du Lac drew in a ragged breath. The cold night air hurt his lungs, and the rough wooden post that he was tied to rubbed the wounds on his back. He had prayed for the welcomed relief of unconsciousness; alas, it was not to be. It seemed even God wanted him to suffer for his failings.

He had lost count how many times he had been lashed. All he knew was that each lash represented every Wessex soldier that had been killed by his men. Cerniw's losses had been far higher, but no one paid for their deaths. Life was never fair, though; he did not need a lost battle and hundreds dead to tell him that much.

The year had been horrendous. Cerniw, with its rugged moorlands, its vast forests and beautiful coasts, had been struck with one pestilence after another. The people started to talk about moving, and some already had. Those who had stayed loyal to the land and, of course, to him, no doubt now wished they had not, for when Cerdic's Saxons came, they purged the kingdom, making it look like the hell the bishop preached of in his Sunday sermon. Alden, unlike God, had been powerless to do anything about it. Oh yes, he had fought, but the numbers he fought against had overwhelmed his army, for who could fight the devil, without God on their side, and think to win?
Alden hung his head in shame, his shoulder-length dark hair falling into his face. He cursed his naivety and worse still, his arrogance. His younger brother had warned him, but he had not heeded the warning; instead, he believed the useless treaty that Cerdic of Wessex had offered him only months before. He should have seen where Cerdic was going with it then, only he had been blinded by grief, by guilt. The responsibility for what happened, therefore, was his and his alone. He knew that, and he took the blame. He deserved to be tied to a post waiting for death.
Alden closed his pain-filled grey eyes as the image of his homeland in flames scorched his mind. He could hear the screams, the begging for mercy, and the cries for help. He could taste the terror in the air and feel the heat of the flames. Dear God, what had he done?

He had been left with no alternative. Even now, with the clarity of hindsight, he could see no other choice. He had ridden towards the enemy, carrying the white flag of truce and hoping ⎯ sweet Lord, how he had hoped ⎯ for clemency, not for himself, but for his people.

Instead, Cerdic's soldiers had pulled him unceremoniously from his horse and taken him prisoner along with at least eighty of his kinsmen. Of their fate he was uncertain, but his was assured. If he did not die tonight from exposure then an axe awaited him at dawn. It was a terrifying thought, and he prayed to God for courage. He felt no warm, welcoming presence and he feared what all men secretly feared, that on the morrow, he would not die well.

Snow began to fall softly from the night sky, not enough to settle, just enough to plummet the temperature further. He began to shiver. He tried thinking of a warm fire and his large bed covered in thick furs. It did not help. After all, when last he saw his fort it was in flames.

“Are you still alive, du Lac?”

Alden kept his head down, pretending to be unconscious, and hoped the bastard would leave him alone to die in peace.

Draca, the guard in charge of the prisoners, was not fooled. He lived for terror and he had no intention of allowing the former ruler of Cerniw an easy death. He grabbed Alden's chin roughly and forced his head up.

Alden opened his eyes and stared with contempt at the soldier in front of him. Draca was a huge man, with a shiny bald head, tiny eyes and a big fist, whose breath stank of stale beer and his body of gone-off fish mixed horribly with the smell of fresh blood ⎯ not his own, but someone else's.

“Not quite dead yet, are you? Won't be long, though.” Draca chuckled deep in his throat. “I've never killed a King before. I'm looking forward to it…” 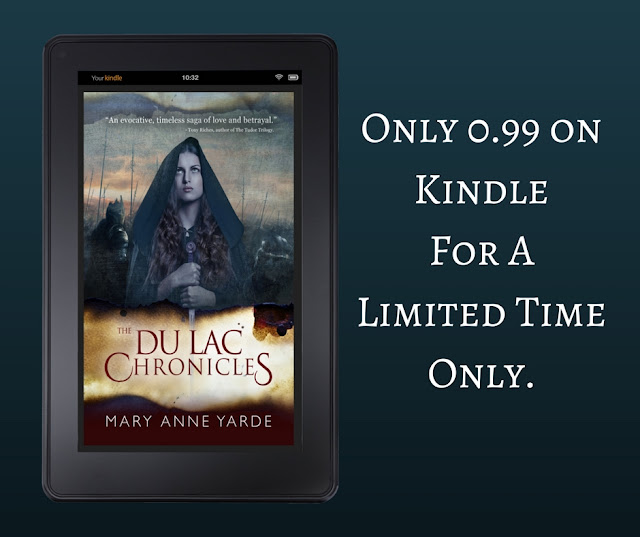 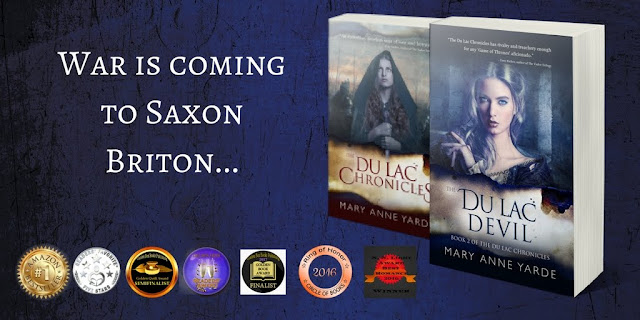