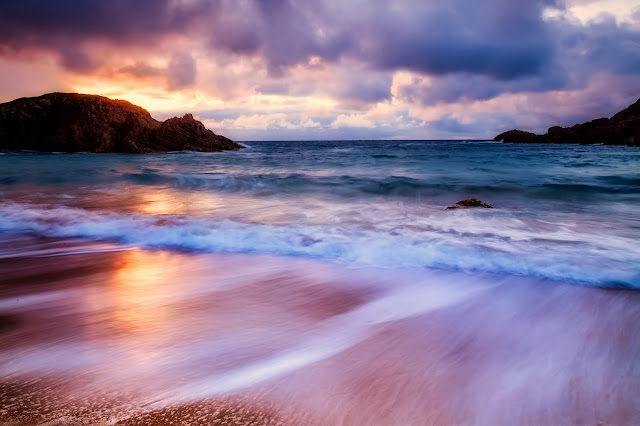 My latest historical fantasy romance is about a young woman living in Medieval Ireland and the mythic warriors who come to defend her from evil. The book, DRUID WARRIOR PRINCE, is the third instalment of my Celtic Stewards Chronicles series which is a family saga wherein the daughters host wizard-like warriors of the mythic Tuatha de Dannan. Warriors who protect the daughters from the clutches of the dreaded, evil God Balor and his desire to destroy everything we know and love. Those battles, however, cover a huge swath of history. Why did I pick Ireland? I’ve long been enamoured with Irish mythology so thought it would be nice to combine that love with my fantasy writing.
However, though I had pictures in my head based on my reading and research, I assumed that Medieval Ireland looked as we usually expect...castles everywhere, big stone churches, etc.
I assumed that the historical landscape would’ve been covered thoroughly. And it was, to a point. What I found was sparse and not at all like we would expect. Do you think the castles were there? Yes, after 800AD. But I was writing a story set in the year 513AD. Guess what there was there?
Stone monuments, yes, Tara (in the centre of Ireland), Newgrange, yes. But the structures looked nothing like this: 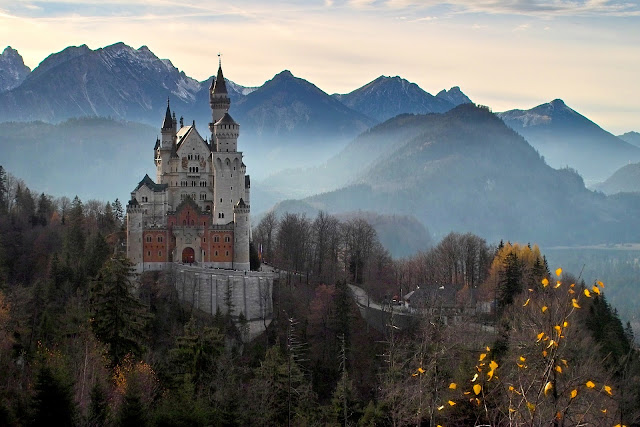 In the 6th century, when DRUID WARRIOR PRINCE is set, the homes of the common man looked like this: 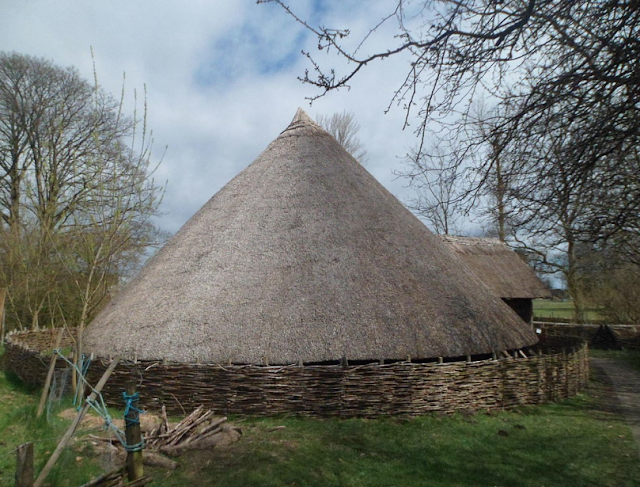 The houses are one-story, one room, round, with thatched roofs. Most of the recreations of these historical “roundhouses” and research surrounding them are actually from the first century BC and the historians have extrapolated that these domestic structures were still in use up to around 800 AD, after the Viking invasions.
(*If you’ve seen the movie Star Wars: The Last Jedi, you’ve seen something somewhat similar, in the bee huts in their use of Skellig Michael as Luke’s home.)
Meaning, the kitchen was over there in that corner, the loom was over there in that other corner, and the beds? Well, the beds were along the opposite wall, or even around the central fire. And the weird part is, that even though I’ve read (and re-read) the books of the likes of Ellis and Chadwick and other scholars over the years, they focus so much on the culture and arts, that I don’t remember one ever mentioning the roundhouses were only one room. * head desk *
Now, it’s true that the Celtic Steward Chronicles relies heavily on fantasy elements, with magical and not-quite true to real-life things roaming about (druids who truly perform magic, beasts and weapons that can shapeshift, for instance)  but there’s a good dose of historical look and culture to the books within the series. So I do try to get as close as possible to the historical setting in which the successive generations of Stewards happen to find themselves. And, ironically, unlike the previous books (Passion’s Sacred Dance set in 2013, and Druid Warrior’s Heart, set in 1513, respectively) the simplicity of 6th century Ireland made the building of the world in which the third, and newest novel, DRUID WARRIOR PRINCE takes place a little harder. In fact, the insertion of druids and warriors into the story (which may or may not actually be period, depending on your source!) was the easiest bit of the writing of this book.  Think that’s not so bad? Trying attempting to house 100 or so warriors in these structures, vs. the stereotypical Medieval castle! Privacy, apparently, wasn’t a thing they worried about, back in Medieval Ireland.
Oh well, I do hope you will like the result of my attempt at the puzzle. 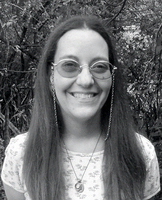 Juli D. Revezzo is a Florida girl with a love of speculative and romantic fiction and legend, and loves writing stories with all kinds of fantastical elements. She is the author of The Antique Magic series and the pnr/historical fantasy Celtic Stewards Chronicles series, the Gothic fantasy romance LADY OF THE TAROT, as well as the historical fantasy FRIGGAíS LOST ARMY, and short stories published in ETERNAL HAUNTED SUMMER, LUNA STATION QUARTERLY, among others. She is also a member of the Independent Author Network and the Magic Appreciation Tour. To learn more about this and future releases, visit:  Website   Facebook  Twitter   Mailing List