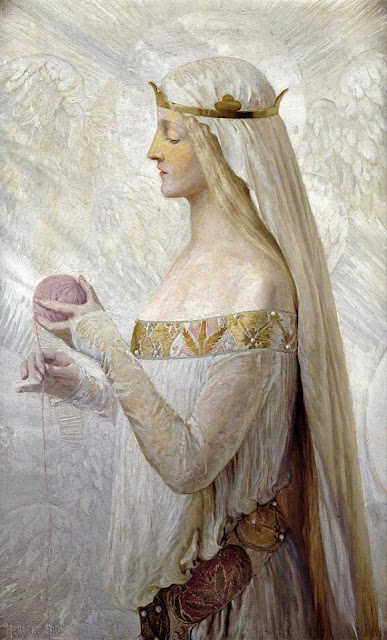 I have always been as interested in the shadowy, near-forgotten figures of history as in the well-known ones. There is, in particular, a plethora of medieval women who lived amazing, sometimes tragic lives, but who get very little ‘print time’ compared to the more famous Anne Boleyn, Katherine of Aragon, Elizabeth Woodville, Elizabeth I, etcetera.

Around two years ago, I decided to redress the balance and write a series of short novels known as, collectively, MEDIEVAL BABES, TALES OF LITTLE-KNOWN LADIES. So far, I have written three books in the series—MY FAIR LADY, MISTRESS OF THE MAZE and THECAPTIVE PRINCESS.

Two of them were inspired by the fact that the ladies in question are buried in my hometown of Amesbury, Wiltshire. The whereabouts of their remains is unknown, their tombs lost in the depredations of Henry VIII’s Reformation, but they are somewhere within the town, one possibly in the Abbey Church (now the Parish church), and the other in the fields behind the church, where a Palladian manor stands on the hidden ruins of a priory.

The more important of these two missing medieval women was a Queen Consort of England—Eleanor of Provence, wife of Henry III. Married at 12, one of four sisters who all became queens despite not being of royal blood, and the mother of Edward I, Hammer of the Scots (like him or loathe him, one of England’s most powerful kings.) Although very unpopular with her subjects because of her grants of land and money to her large overseas family, Eleanor was an intelligent, capable and learned woman who much admired the Arthurian romances. At one point when Henry was on campaign, she was even made Regent of England, rather than Henry’s brother Richard. When Henry and Edward were captured at the battle of Lewes, she personally set about raising an army in France. 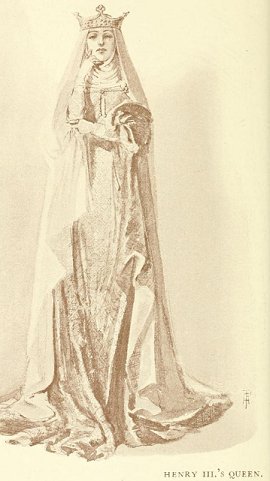 Later, after Henry’s death, she retired to Amesbury priory, a daughter house of Fontevraud, and died there. It had been her wish to be buried next to her husband in Westminster…but Edward had used her spot for his deceased wife, Eleanor of Castile. Eleanor of Provence remained unburied nearly three months because the nuns did not know where to inter her. At last, Edward showed up in Amesbury and she was buried rather quietly in the priory. In the 1600’s the architect Inigo Jones may have found her tomb in the priory ruins, then above ground (now all foundations are below ground level.) He opened a chest tomb against a wall and found a skeleton dressed in rich garments. The tomb was promptly covered up again—and its whereabouts lost.

The other royal lady of Amesbury is another Eleanor—Eleanor of Brittany. She is a rather tragic figure—and she had a claim to the crown of England in her own right. Her father was Geoffrey Plantagenet, middle son of Henry II and Eleanor of Aquitaine. Known for her beauty (she was called ‘The Pearl’, Eleanor was made a ward of Richard Lionheart and sent to live in the household of Eleanor of Aquitaine, who had recently been released from long captivity at Sarum. In 1193, she fared to Germany with her grandmother as part of Richard’s ransom; she was set to marry the son of Richard’s captor, Leopold of Austria. However, Leopold died after an accident where he ended up getting a foot amputated and the marriage to his son never progressed. 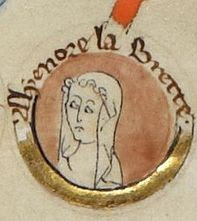 Sometime thereafter, young Eleanor seems to have returned to her family—and her younger brother Arthur, who had at one time been favoured by Richard Lionheart as his heir. However, that had not happened and John was now firmly installed on the throne of England. In high dudgeon, young Arthur, only in his mid teens, attempted to form at alliance with the French. In 1202, he led any army to besiege Mirabeau castle where his 80-year-old grandmother, Eleanor of Aquitaine, was in residence. However, John got wind of the attack and counter-attacked, taking both Arthur and Eleanor of Brittany as prisoners. Arthur was sent to Falaise and then Rouen—and was never seen again.

Eleanor was transported to England and spent the rest of her life in a ‘soft’ captivity in various castles, mostly Corfe and Bristol. She was convicted of no crime, had no trial—her only offence her nearness to the throne. When King John died, he added to his will that she must stay imprisoned. His son Henry III agreed, and Eleanor died in Bristol in her 50’s, still a captive. She was initially interred in St James Abbey, Bristol, but had requested her remains be moved to Amesbury—no one is quite sure why. Perhaps it was because the old Abbey there had the relics of a Breton child Saint, Melor, who, like Arthur, was murdered by his uncle…. 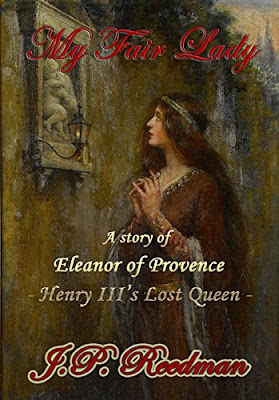 Eleanor of Provence, bright, beautiful, intelligent--married as a young girl to the much older Henry III, King of England.

A marriage surprisingly happy, with the king pouring wealth upon his young wife's relatives...incurring the wrath of the Barons.

Eleanor, devoted mother, who fought the will of the monks to stay in a monastery and nurse her sick son, the future Edward I.

Eleanor, caught in court intrigue, with the powerful, disturbing Baron, Simon de Montfort, looming at every turn--friend or foe? Or what else?

Eleanor, attacked while on a barge passing under London Bridge, as the kingdom seems to slip away from her and Henry.
Eleanor in victory, de Montfort slain at Evesham by her son's mighty forces. But there is a price to pay.

Eleanor, a widow, seeking peace after so many years of strife, ending her days in Amesbury Priory in the shadow of Stonehenge, a convent thought in Eleanor's time to be the final refuge of Queen Guinevere, whose legends the queen had ever loved.

Mistress of the Maze 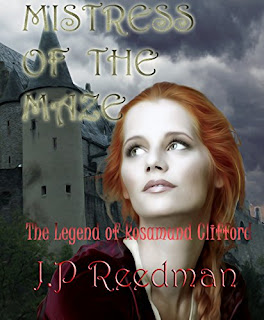 Rosamund Clifford, one of the most famous royal mistresses of all time—concubine to Henry II, the first Plantagenet King.

A young maiden ruled by a grasping father who will stop at nothing to promote his own cause with the King...even using his daughter's beautiful face and enticing body to gain high favour.
A fearful girl taken by a mysterious messenger from Godstow nunnery to a Tower surrounded by a grotesque topiary labyrinth, where she must wait for the arrival of the master of the maze—not the Minotaur of ancient Greek myth but the bull-like Plantagenet King Henry.

Drawn like a moth to a flame, Rosamund soon grows to love the charismatic King…but when her love is reciprocated, she makes a terrible enemy, Henry’s estranged wife, the powerful Eleanor of Aquitaine.

When Henry locks Queen Eleanor in Sarum castle and speaks of annulment, Rosamund thinks she has no more to fear from her rival.
But a spurned Queen is a dangerous foe… 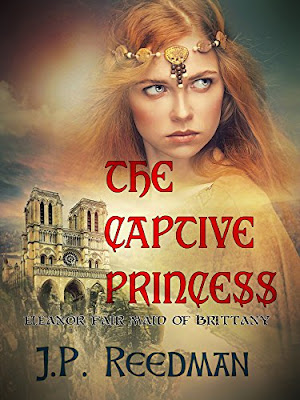 Eleanor of Brittany is sent to live in the household of her esteemed grandmother, Eleanor of Aquitaine, and brought up expecting to be the bride of a powerful prince. But when the marriage proposed for her as part of Richard Lionheart's ransom falls through and King Richard dies a few years later at Chalus, she is returned to her mother and her beloved younger brother Arthur in Brittany. John now sits on the throne of England, something Eleanor and Arthur both resent, for they are the children of his elder brother, Geoffrey, and many men say their claim to England supersedes John's . Arthur's desire for a crown leads the pair to ally with France and attack their aged grandmother in the castle of Mirabeau, a move that brings untold disaster to both.

Beautiful Eleanor, the Pearl of Brittany, is held captive in England from that day forth, through the reign of two kings-never tried, charged with no offence, her only crime her royal Plantagenet blood. 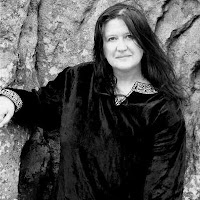 J.P. Reedman is the author of historical fiction on Stonehenge, Robin Hood, Richard III and the Wars of the Roses and the lesser-known medieval Queens and Ladies.

You can find J.P Reedman on Twitter.
Posted by Mary Anne Yarde at 07:00