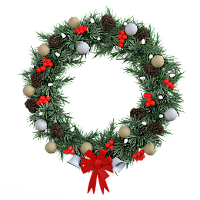 Christmas in the 19th Century
By Anna Campbell

Hi to Mary-Anne! Thanks for having me as your guest today. Hi to all you dedicated Myths, Legends, Books & Coffee Pots readers out there.
I’m delighted to be back here again, to introduce Mistletoe Wishes, my new boxed set of six previously published Christmas stories (available right now at a bargain price!) and also to talk about Christmas during the Regency period.
People are often slightly surprised to hear that Christmas as we celebrate it today is mainly a Victorian invention. In the first quarter of the 19th century, Christmas wasn’t that big a deal. In fact, concerned people like Leigh Hunt the writer were actively working to bolster interest in the festival marking the birth of Christ because it was fading from the public mind as a general celebration.
Can you believe that? The Sheriff of Nottingham in the movie nearly got his way! They almost cancelled Christmas!