Christmas in the time


A Victorian Christmas
Who doesn’t love Christmas traditions? And yet the way we celebrate the season now is relatively new. Before Queen Victoria’s time, Christmas was barely celebrated at all and gift giving was usually done at the New Year.

Contrary to popular belief, Mr Charles Dickens did not invent Christmas. However, he took the idea and ran with it, creating one of the most iconic ghost stories of our time, A Christmas Carol. Most of us associate the book, and the marvellous film versions of it, with a typical Victorian Christmas, but the commercialisation of the season came about due to two main influences; Queen Victoria marrying her German cousin, Prince Albert; and the mass production of cheap goods due to the Industrial Revolution.

So, what did the Victorians do for our Christmas traditions?

The Christmas Tree
Prince Albert brought many of the German Christmas traditions with him to England, including the Christmas tree. The first one was erected in Windsor Castle in 1841 and when the Illustrated London News published a drawing of the royal family celebrating around a decorated Christmas tree in 1848, the public went crazy for the idea. It wasn’t long before every home had a tree decked with homemade decorations and small gifts. The ‘traditional’ tree as we know it, free-standing on the floor, evolved with the German tradition of table-top Christmas trees.

Christmas Gifts & Santa Claus
Gradually as the season gained popularity, the exchange of gifts moved from the New Year to Christmas. Initially these were small items such as fruit, nuts, sweets and small handmade gifts which were hung on the Christmas tree. However, as gift giving became more popular, and the gifts became bigger, they moved under the tree.

As technology advanced, mass production became the norm in all industries and toy manufacture was no different. Cheap dolls, bears and clock-work toys were suddenly affordable for middle-class families with their new-found disposable income. However, in poorer households, a child would usually get an apple or an orange and maybe a few nuts.

Normally associated with the giving of gifts, is Father Christmas or Santa Claus. An old English midwinter festival featured Father Christmas who was normally dressed in green. He first appeared in the mid 17th century but fell foul of the Puritan controlled English government who legislated against Christmas, considering it papist! However, the origins of Santa Claus or St Nicholas were Dutch (Sinter Klaas in Holland). The American myth of Santa arrived in the 1850s with Father Christmas taking on Santa’s attributes. By the 1880s, the nocturnal visitor was referred to as both Santa Claus and Father Christmas.

The Christmas Cracker
Another item which was mass produced was the Christmas cracker. A sweetshop owner by the name of Tom Smith had the idea in the 1840s, having been inspired by the French tradition of wrapping sweets in twists of paper. By the 1860s, he had perfected the explosive bang and the Christmas cracker was soon a very popular item in Victorian homes.

The Christmas Card
Sir Henry Cole, the first director of the Victoria & Albert Museum (V&A), commissioned the artist J.C. Horsley to design a festive scene for his seasonal greeting cards in 1843. He had 1,000 printed and the left-over cards were sold to the public. Luckily, Rowland Hill had introduced the “Penny Post” in Britain in 1840. However, the price of one shilling for the cards meant they were not really accessible to most ordinary people. As a result, children were encouraged to make their own Christmas cards.

But industrialisation of colour printing technology quickly became more advanced and the price of card production dropped significantly. The popularity of sending cards was helped when a halfpenny postage rate was introduced in 1870 as a result of the efficiencies brought about by the vast network of railways. By the 1880s, the sending of cards had become hugely popular, with 11.5 million cards produced in 1880 alone.

Christmas Dinner
The origins of the meal date back to the Middle Ages but it was the Victorians who developed it to what it is today. The traditional meat at Christmas had been boar (in Medieval times) then goose and beef, but as the well-to-do Victorians began to consume turkey instead, the lower classes followed suit. Plum pudding and mince pies also gained huge popularity at this time. The Victorian love of lengthy meals with many courses still has echoes in our Christmas dinners today, when we generally eat and drink far too much.

Christmas Entertainment
Christmas was seen by the Victorians as a time for family and friends and they entertained lavishly. After dinner, they would sit around the piano and sing or play parlour games. Rail travel meant that loved ones from far and wide could come home to enjoy Christmas with the family. Carols were extremely popular although not new by any means. The Victorians, however, revived their popularity with the first collection of carols published in 1833.

It was the Victorian love of homecoming and the joy of family at Yuletide, which partly inspired my novelette, Christmas at Malton Manor.

A huge thank you to Mary Anne for hosting me today and I would like to take the opportunity to wish you all a very joyous Christmas and a Happy New Year. 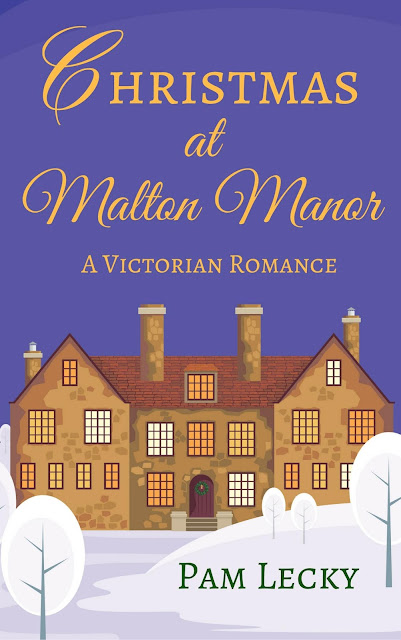 Kate Hamilton is companion to the dullest and meanest woman in England, but she is looking forward to going home for Christmas and her sister Mary’s wedding. When her employer refuses to release her, Colonel Robert Woodgate comes to the rescue.

Robert now owns Malton Manor, Kate’s old home in the village of Malton. Recently returned from the Boer War and recovering from his injuries, Robert has been reclusive and morose. Clashing several times over his plans and sweeping changes in the village, their relationship has always been tempestuous.

But when Kate returns to Malton, she discovers her sister’s wedding is to take place at Malton Manor and everyone is convinced the Colonel has an ulterior motive. Can Kate resist the lure of her old home and the memories it holds? And does she have the courage to break down Robert’s defences to find happiness at last?

It was almost Christmas. In a dreary drawing room in a wealthy suburb of Bristol, the twenty-four year old, auburn-haired and green-eyed Miss Kate Hamilton, sat staring at the meagre fire in the grate, willing the feeling to return to her icy toes and the hands of the clock to move faster. Her pretty eyes were dull with boredom, a fact which would have astonished those who knew her well. But the position of companion to one of the dullest and meanest women in Britain had fallen to her lot. Frugality was good for the soul, Mrs Cartwright was often heard to proclaim. However, it was not an ideology she embraced when it came to her own portions at dinner, Kate had noted frequently.

Mrs Cartwright moved her great bulk, making her chair creak. “You know, Miss Hamilton, I have been thinking I would like to have my family around me at Christmas this year.”

“I’m sure that would be most agreeable,” Kate said, automatically.

“Yes, and of course it will involve a great deal of planning.”

Kate was suddenly alert; she didn’t like where this was heading.

“With my ill health, it cannot be expected that I would organise such an event. I will be relying heavily on you.”

“But Mrs Cartwright, I will not be here, if you recall. I travel to Malton for my sister’s wedding at the end of the week.”

Mrs Cartwright’s colour started to rise. “Well, you will have to change your plans. You cannot possibly go if I need you here. Your loyalty is misplaced, I am sorry to say.”

Not for the first time, the woman’s capriciousness left her momentarily speechless. Goodness knows, the woman was not renowned for her generosity of spirit, but this was deliberately cruel.

“My sister will be so upset, Mrs Cartwright, for I am to be her bridesmaid,” Kate said, hoping to penetrate the stone-like organ posing as a heart in her employer’s enormous bosom.

“Poppycock! Anyone can be a bridesmaid. I am hurt, Miss Hamilton. I did not expect such ingratitude from you. Do you not realise how lucky you are to be employed in this house? My friends are forever telling me what a kind and generous employer I am.” This was a favourite theme of Mrs Cartwright’s and she went on for the best part of ten minutes exploring it.

Kate surrendered to defeat. This was an argument she could never win, but the prospect of spending Christmas away from home and missing the wedding was almost too much to bear. And all for the vanity of a woman who was universally disliked. Since her arrival in the house five months before, only one member of the lady’s family had shown up and he had been a lecherous old goat who had tried to pin Kate up against the wall as they passed on the stairs.

Grab your copy of 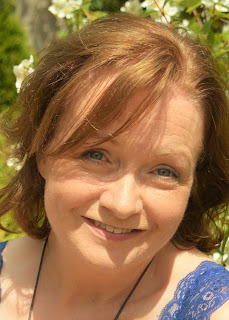 Pam Lecky is an Irish historical fiction author, writing crime, mystery, romance and the supernatural. She is a member of the Historical Novel Society and the Society of Authors and has a particular love of the late Victorian era/early 20th Century. Her debut novel, The Bowes Inheritance, was awarded the B.R.A.G Medallion; shortlisted for the Carousel Aware Prize 2016; and long-listed for the Historical Novel Society 2016 Indie Award. Her short stories are available in an anthology, entitled Past Imperfect, which was published in April 2018. She is currently working on a Victorian mystery series. Pam is represented by the Hardman & Swainson Literary Agency in London.