Join #HistoricalFiction author, Robert L. Barclay, as he talks about the challenges that come with writing about the moon #amwriting


The challenges that come with writing about the moon.
By Robert L. Barclay

The moon is one of our most powerful natural symbols, and we all use it to set our scenes. But, like everything else in the natural world, the moon obeys the immutable laws of the universe, so we should treat it with respect.

Even well-known professional authors forget that plausibility does not cease at the edge of the atmosphere. For example, and internationally acclaimed author and winner of prestigious awards writes that “a crescent moon was rising in the west.” Impossible: as the Earth rotates, all celestial objects, including the moon, set in the west. The crescent moon rises in the east before dawn. Another writer describes her protagonist walking out to the ice rink late at night, lit only by the thinnest crescent moon. Again, not possible: a new moon will have long since set; the scene could only be illuminated by a waxing moon, half or greater.

I have read of a full moon floating high in the sky at sunset, when orbits dictate that as the sun sets in the west, so the moon rises in the east. One must also be careful about the passing of time. In one classic novel, a raft passing down a river is lit by a full moon, while the very next day the moon has become a crescent. Such inattention to detail causes the reader to question the plausibility of the entire world the author has created, so let’s try to avoid opening fissures in our narrative by ignoring the operation of the orbs. 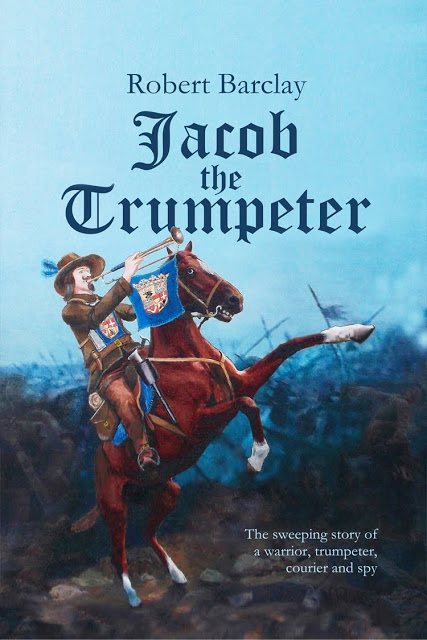 My name is Jacob Hintze. I may be an innkeeper now, but I will always be a trumpeter. That was my profession for a good portion of my fifty-two years. Fifty-two isn't a bad age to get to when you think of the total shit storm of the Thirty Years' War, especially if you were right in the middle of it as I was, watching your comrades being blown to pieces around you. But sounding signals on the battlefield isn't the half of what I was called to do. You see, you don't see a duke giving a lowly cavalry trumpeter like me the living of an inn on the post road unless he's done something special to earn it. And earn it I did; musician, courier, emissary, spy, those are the things I did for my duke, and more besides. And now it's time to write it all down. When you're under a sentence of death, as I now am, it makes you want to tell your story and I just hope I can get it done before it's too late. 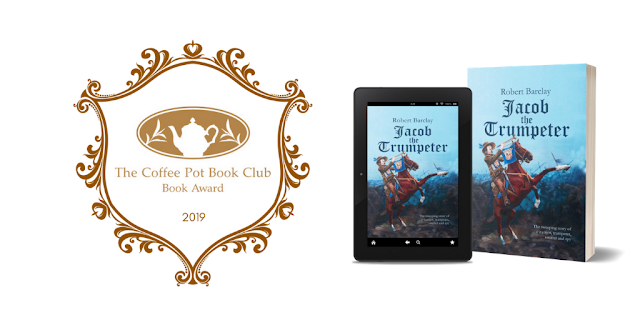 Robert L. Barclay has published four novels through his independent publishing company, Loose Cannon Press. He conducts trumpet-making workshops in Europe and the United States, and it was while teaching in Germany that the theme for his current novel arose. The chance discovery of a 17th century trumpet hanging in a small Lutheran church resulted in Jacob the Trumpeter, the ‘biography’ of the instrument’s owner, which is all true, or at least it really ought to be!