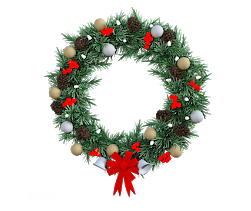 Mistletoe Magic In The Dark Ages
By Sharon Bradshaw 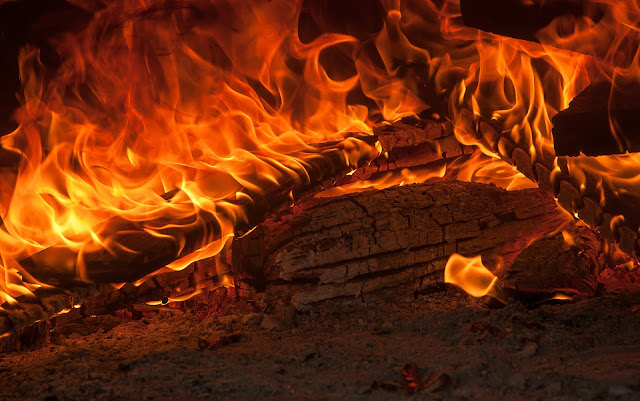 I write the 8th century Durstan series about a Monk on Iona. My characters are influenced by the history of their time, tradition, and folk memory. Some converted to Christianity during the early Medieval period in the British Isles (410AD to 1066AD), whilst others continued to follow the Old Gods of their Ancestors. Magic was an everyday occurrence. As was belief in the Otherworld, Elves, and Dragons.

Ancient monuments, like Stonehenge, recognised the return of the Sun at Yule. The sarsen stones aligned to the first light of dawn at the winter solstice. Jesus also said in the New Testament of the Bible, that His disciples and Himself were the Light of the World. All were trying to survive the cold and dark of winter, as they waited for the Sun’s rebirth on the 20th to 23rd December, or the 25th for Christ’s birthday. Everyone loved to feast, and listen to a tale next to the fire. Evergreen foliage was gathered from the forest to decorate the Halls, and Churches. Sacred Holly (ilex aquifolium), and Ivy (hedera helix). Holly leaves evoked a memory of the crown of thorns placed on Christ’s head at the crucifixion. Its scarlet berries, His blood. Red was thought to be a charm against evil, so the berries gave protection from the malevolence of the winter season when so many other plants lay dormant or dead.

The Influence of Folk Memory

Stories about the Romans who occupied parts of the British Isles, from 43 to 410AD, may well have survived in folk memory during the early Medieval period. Mithra came with them. He was another God who was born when the Romans celebrated Saturnalia at the winter solstice. A servant was crowned Lord of Misrule, and was known to hold a wild court. They gave a sprig of Holly as a sign of friendship, whilst the Celtic Druids believed it represented the blood of the Goddess. Perhaps there was a tale about a young man who had suffered a violent death at Black Lake? The ancient name for Lindow Moss. He could have died at Beltane, or Yule. Both were linked to fertility, but was he murdered or sacrificed by the Ancestors? No one would have been surprised if he had been Druid, and used the magic of Mistletoe (Viscum Album). Its pollen was part of his last meal. 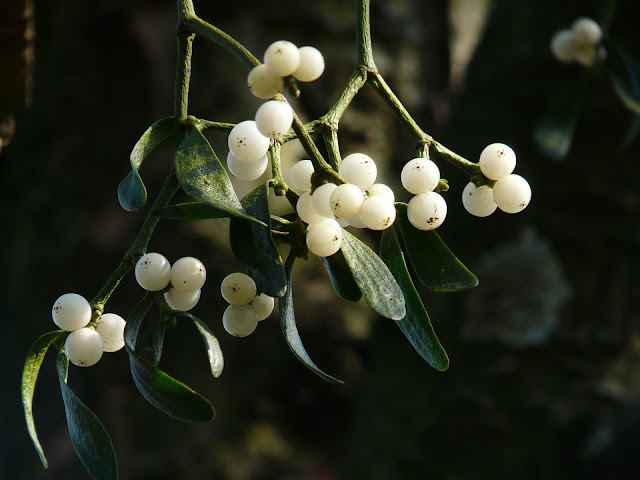 People believed that Mistletoe could cure epilepsy, give protection from witchcraft, and its milk white berries turn into a fertility potion or aphrodisiac. The Roman Pliny (62-113AD) said in his Natural History, that the Druids thought it was “all healing.” They would cut Mistletoe only at night on the sixth day of the waxing Moon. “First they held a sacred meal under the oak tree, then led forward two white bulls whose horns had never before been bound. A Druid dressed in white climbed the tree and cut the Mistletoe with a golden sickle, letting the sacred plant fall onto a white cloak.” The bulls were sacrificed, and the Mistletoe brewed into a drink to restore fertility.

Someone Kissed Me There

It is still one of our Christmas traditions to kiss under the Mistletoe. A sprig usually hung above a door, and a berry removed with each kiss. “Sitting under the Mistletoe (pale green fairy mistletoe)... Someone came and kissed me there.” This lovely poem by Walter De La Mare (1873-1956) may be linked to the revival of interest in Druidism during the 18th century, or possibly the fertility magic of the Dark Ages at Yule which had survived in folk memory.

Alcuin of York (732-804AD) wrote to the King of Northumbria to complain of debauchery in the Halls, after the Vikings had raided Lindisfarne in 793AD. He attributed God’s anger to it, and the desecration of the monasteries. Nevertheless the celebrations must have differed from Hall to Hall. The same as the God or Gods who were honoured for the return of the light. It would have been an opportunity to eat well again. To have fun, in what for most was a precarious and frightening world. 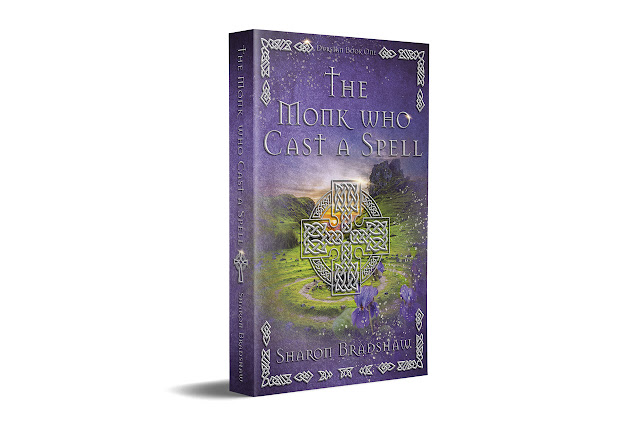 The characters in my novel are about to celebrate Christmas and Yule in this extract from The Monk Who Cast A Spell. Like the other men and women of their time... They love to feast!

The Monk Who Cast a Spell
By Sharon Bradshaw 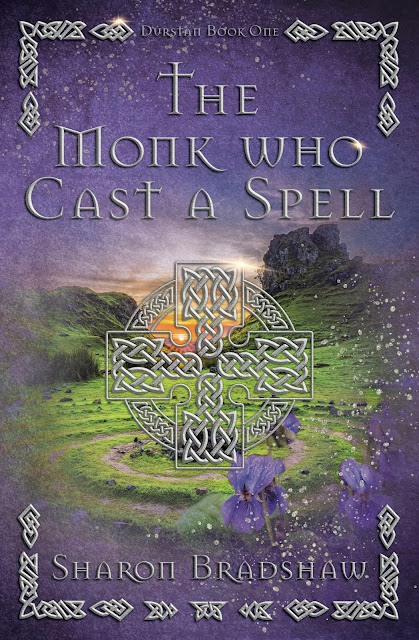 Durstan, a young Monk, falls in love with Ailan in 794AD. She disappears after their sexual awakening at Beltane. He is shocked and confused when he meets her again, several months later. Beth believes that she can obtain the protection of the Christian Church by manipulating Durstan’s emotions, and he is drawn to her.
Their story unfolds against the beautiful scenery of Scotland’s Hebridean islands. People cross the sea in coracles from Iona to Mull. They walk through ancient forest to Lord Duncan’s Hall inside its timber enclosure. The seasons change from Spring to mid-Winter when the Old Gods are in the magic of the firelight, and the shadows at Yule.
The early Christian Church continues to be challenged by tradition, and the Druids. Charms, amulets, and spells are prevalent. Life at the monastery is harsh, and Durstan is involved in the Viking raids. He doubts his religious beliefs in a society which is dominated by fear of violence, being outcast, or enslaved. Men and women in the 8th century are seeking protection from the most powerful God; Lord, or Abbot.
And Durstan’s quest? To regain Ailan’s love.

“It was snowing heavily, and the Yule feast was in progress. Everyone at the enclosure had left their own hearth to celebrate the solstice with Lord Duncan. A huge log had been brought in yesterday from the forest. It was burning in the fire pit at the centre of the Hall, and the flames cast a cheerful glow all around.

Mora felt a sense of pride when she saw the number of people at the gathering, but this was quickly followed by disgust at how badly some of her husband’s people were behaving. Kisses and more were being exchanged freely. It was the fault of little else to do in winter, and too much feasting. After this there would soon be Beltane, when the Gods allowed them again to be with anyone they chose. No wonder handfasting didn’t last long. Mora stroked the fine cloth on the sleeve of her tunic. She was fortunate to be married to the Lord...

She had celebrated Beltane with the others only once since her marriage. Duncan said afterwards that it wasn’t for her as the Lord’s Lady. It gave too many men the opportunity of getting closer to him so he forbade it. Her heart died a little every year when he went with the women into the forest, to celebrate the fertility of the earth...

She sipped her wine appreciatively. The women had tried their best to look festive for the feast. A few had saved new tunics made during the summer weaving. They had died them burnt gold, and leaf green. The Hall looked beautiful, with half the forest seemingly brought in by the men in fragrant branches of pine and holly…. Mora was proud to have the finest clothes at the enclosure.” 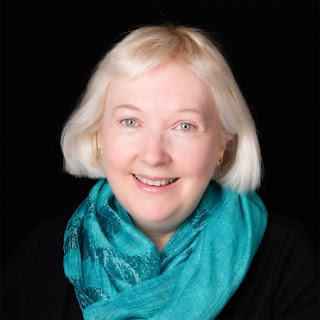 Sharon Bradshaw is a Historical Fiction Author, Storyteller, and Poet. She loves reading archaeology books, and delving into the 8th century to write the Durstan series. The Monk Who Cast a Spell, available now on Amazon  is set in the real Middle Earth we called the Dark Ages. Subscribers to The Storyteller’s Newsletter receive a free short story from her every month.

Sharon also enjoys speaking about her novels, and how all this came about. She lives with her family and a large collection of books, near Warwick Castle, in the UK.