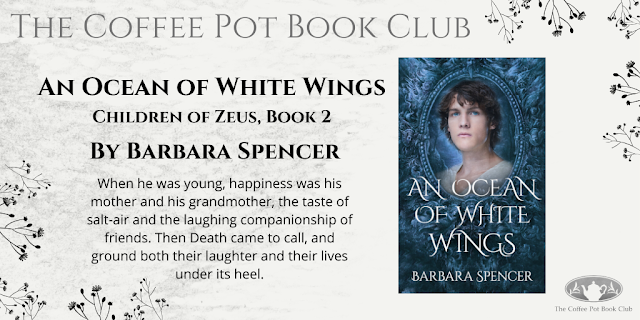 An Ocean of White Wings
By Barbara Spencer 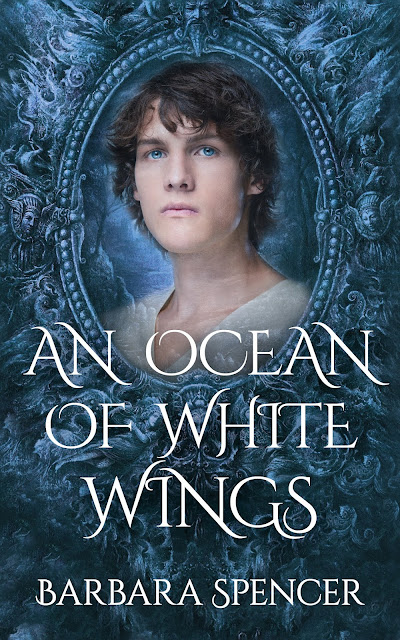 Despite the heartbreak of saying goodbye to Rico, Yöst has finally achieved his dream of becoming a fully-fledged cob, able to take to the skies, master of all he surveys. But the price is high and about to get higher. War is waiting on the horizon … and with it the arrival of Kapitein Death.

Once again Yöst will be faced with a choice. To fly with the carinatae, or stay and fight the enemy to keep those he loves safe.

A Word from Barbara Spencer.

In books, the writing of the words, The End, should mean just that. It is done, my story is told. Now I can sit back and rest. And when I wrote those words, at the end of The Year the Swans Came, I meant just that. Somewhere in the back of my mind was the idea that I could leave my audience to complete the story in the way they wanted, much as happened in The French Lieutenant’s Woman. It was the characters who told me something different, nagging at me nightly in my dreams, especially Zande: ‘I’ve got a story to tell, what about it?’

If you read The Year the Swans Came you will recognise Zande, as being the most intriguing of all the actors in this drama. But why, what has happened to make him like this?

And so, the series Children of Zeus took flight, and this three-book series has dominated pretty much every waking hour for the past four years. Predating The Year the Swans Came, the series opens in 1934 in a coastal town on the Bay of Biscay with a massacre.

Question from readers: If the series Children of Zeus is the prequel to The Year the Swans Came, why wasn’t it published first?

Because both my publisher and an author friend said, ‘No way.’
Intrigued?

This is the series introduction and blurb:

‘You must promise never to speak out about your heritage,’ his grandmother warned, ‘because people fear anything different.’
‘Fear us!’ Yöst laughed in protest. ‘We are too few to fear.’
‘It makes no difference. We are descendants of Zeus, magical creatures …’

Persecuted throughout the centuries for their ability to shape-shift into swans and heavenly beings, three children, Yöst, Zande and a little girl, Tatania, are the sole survivors of the latest onslaught. Unaware of their real nature, Ramon, a gypsy farmer who has fled the conflict in Spain, offers shelter on his farm in return for work. Striking up a close friendship with Rico, the only son in a house full of girls, it is Rico who helps him through the first difficult year. As their relationship strengthens and deepens, Yöst begins to think of staying and making his life there as a farmer … forgetting that as carinatae, his date with destiny is approaching.

The first volume, The Click of a Pebble, came out last autumn. Now, it is the turn of Book 2, An Ocean of White Wings, to be published at the end of February.

When he was young, happiness was his mother and his grandmother, the taste of salt-air and the laughing companionship of friends. Then Death came to call, and ground both their laughter and their lives under its heel.

Scroll down to find out more about The Click of a Pebble. 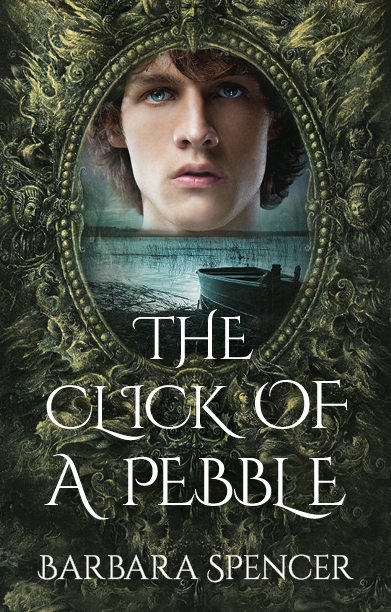 ‘You must promise never to speak out about your heritage,’ his grandmother said, her old voice fearful and faint, ‘because people fear anything different.’

‘Fear us!’ Yöst laughed in protest. ‘We are too few to fear.’
‘It makes no difference. You are carinatae, descendants of Zeus, magical creatures …’

Pick up your copy of
The Click of a Pebble
Amazon 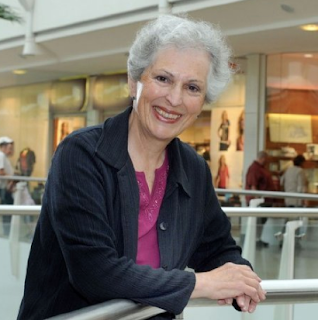 In 1967, Barbara Spencer hi-tailed it to the West Indies to watch cricket, the precursor to a highly colourful career spanning three continents, in which she was caught up in riots, wars, and choosing Miss World. Eventually, she settled in Somerset to bring up a family. In 2010, the publication of Running, her new teenage thriller, has taken Barbara countrywide. Passionate about the importance of books in today's society, Barbara is happiest working with young would-be writers and is frequently invited into schools to talk about creative writing.