We are so excited to be taking Sigurd’s Swords (Olaf’s Saga, Book 2) by Eric Schumacher on tour! #HistoricalFiction #Vikings #BlogTour @DarkAgeScribe 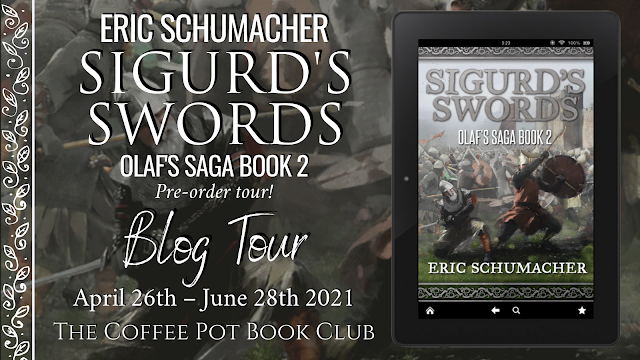 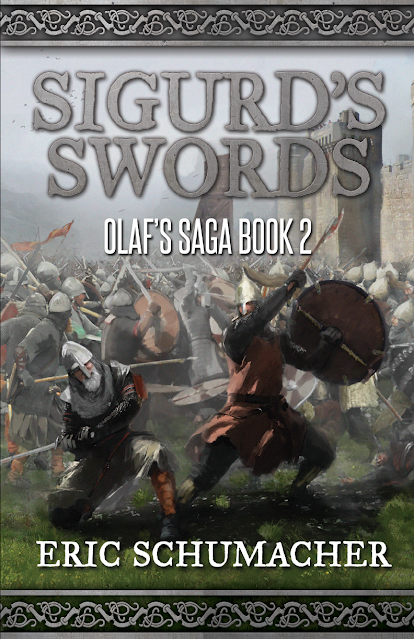 April 26th – June 28th 2021
Publication Date: June 28, 2021
Publisher: Bodn Books
Page Length: 300 Pages (print)
Genre: Historical Fiction
From best-selling historical fiction novelist, Eric Schumacher, comes the second volume in Olaf’s Saga: the adrenaline-charged story of Olaf Tryggvason and his adventures in the kingdom of the Rus.
AD 968. It has been ten summers since the noble sons of the North, Olaf and Torgil, were driven from their homeland by the treachery of the Norse king, Harald Eriksson. Having then escaped the horrors of slavery in Estland, they now fight among the Rus in the company of Olaf’s uncle, Sigurd.
It will be some of the bloodiest years in Rus history. The Grand Prince, Sviatoslav, is hungry for land, riches, and power, but his unending campaigns are leaving the corpses of thousands in their wakes. From the siege of Konugard to the battlefields of ancient Bulgaria, Olaf and Torgil struggle to stay alive in Sigurd’s Swords, the riveting sequel to Forged by Iron.
Pre-Order:
Amazon
Eric Schumacher 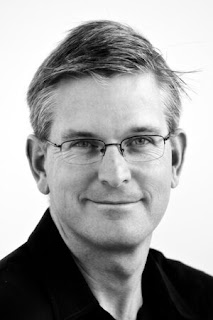 Eric Schumacher (1968 - ) is an American historical novelist who currently resides in Santa Barbara, California, with his wife and two children. He was born and raised in Los Angeles and attended college at the University of San Diego.
At a very early age, Schumacher discovered his love for writing and medieval European history, as well as authors like J.R.R. Tolkien and C.S. Lewis. Those discoveries continue to fuel his imagination and influence the stories he tells. His first novel, God's Hammer, was published in 2005.
Connect with Eric:
Website • Twitter • Facebook • LinkedIn • BookBub • Amazon Author Page • Goodreads
Tour Schedule 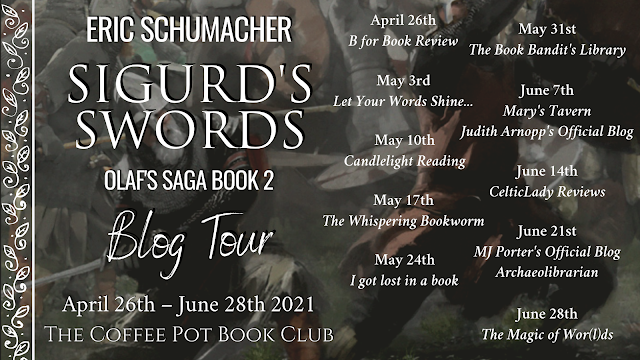