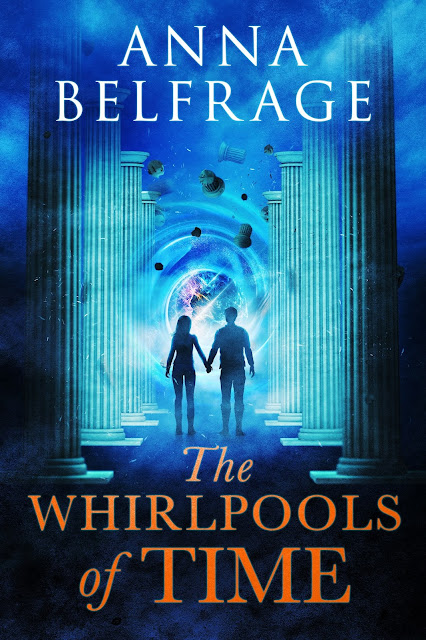 August 16th – August 27th 2021
Publication Date: 11th June 2021
Publisher: Timelight Press
Page Length: 388 Pages
Genre: Time travel romance, Scottish Historical Romance
He hoped for a wife. He found a companion through time and beyond.
It is 1715 and for Duncan Melville something fundamental is missing from his life. Despite a flourishing legal practice and several close friends, he is lonely, even more so after the recent death of his father. He needs a wife—a companion through life, someone to hold and be held by. What he wasn’t expecting was to be torn away from everything he knew and find said woman in 2016…
Erin Barnes has a lot of stuff going on in her life. She doesn’t need the additional twist of a stranger in weird outdated clothes, but when he risks his life to save hers, she feels obligated to return the favour. Besides, whoever Duncan may be, she can’t exactly deny the immediate attraction.
The complications in Erin’s life explode. Events are set in motion and to Erin’s horror she and Duncan are thrown back to 1715. Not only does Erin have to cope with a different and intimidating world, soon enough she and Duncan are embroiled in a dangerous quest for Duncan’s uncle, a quest that may very well cost them their lives as they travel through a Scotland poised on the brink of rebellion.
Will they find Duncan’s uncle in time? And is the door to the future permanently closed, or will Erin find a way back?
Grab a copy HERE!
Anna Belfrage 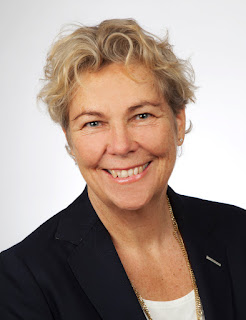 Had Anna been allowed to choose, she’d have become a time-traveller. As this was impossible, she became a financial professional with two absorbing interests: history and writing. Anna has authored the acclaimed time travelling series The Graham Saga, set in 17th century Scotland and Maryland, as well as the equally acclaimed medieval series The King’s Greatest Enemy which is set in 14th century England.
Anna has also published The Wanderer, a fast-paced contemporary romantic suspense trilogy with paranormal and time-slip ingredients. Her September 2020 release, His Castilian Hawk, has her returning to medieval times. Set against the complications of Edward I’s invasion of Wales, His Castilian Hawk is a story of loyalty, integrity—and love. Her most recent release, The Whirlpools of Time, is a time travel romance set against the backdrop of brewing rebellion in the Scottish highlands.
All of Anna’s books have been awarded the IndieBRAG Medallion, she has several Historical Novel Society Editor’s Choices, and one of her books won the HNS Indie Award in 2015. She is also the proud recipient of various Reader’s Favorite medals as well as having won various Gold, Silver and Bronze Coffee Pot Book Club awards.
Find out more about Anna, her books and her eclectic historical blog on her website, www.annabelfrage.com . 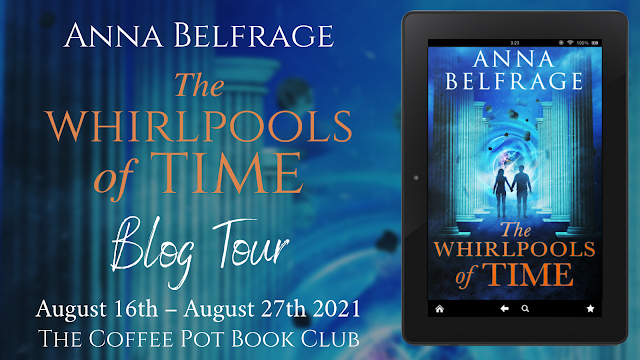 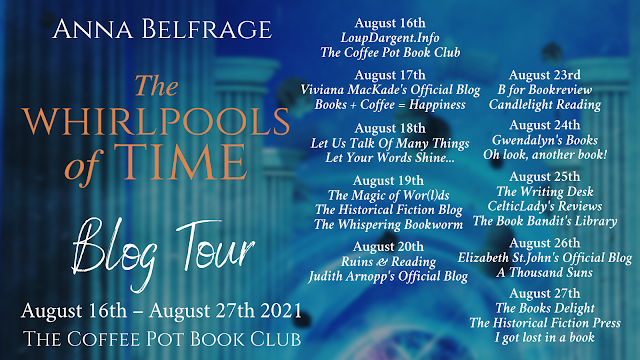