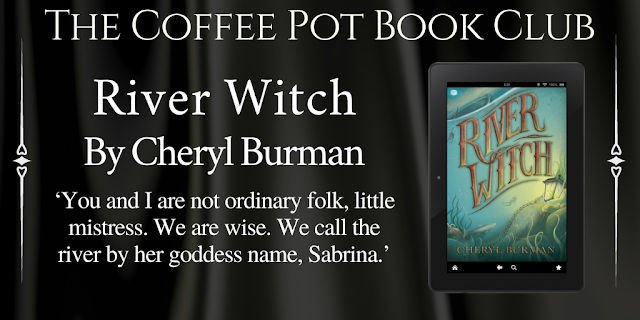 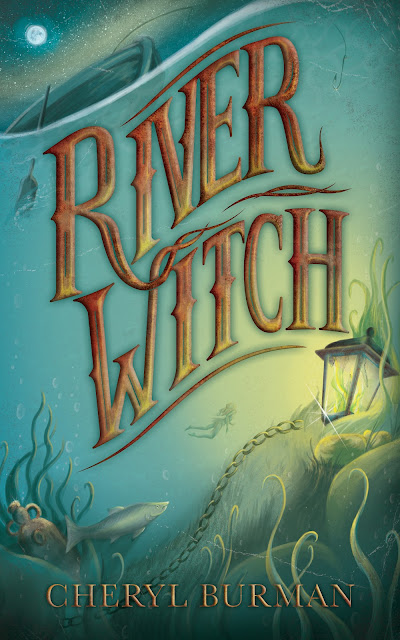 Publication Date: 9th September 2022
Publisher: Holborn House Ltd
Page Length: 320 Pages
Genre: Historical Fantasy
‘You and I are not ordinary folk, little mistress. We are wise. We call the river by her goddess name, Sabrina.’
Hester, a farmer’s daughter, yearns for more than feeding lambs by the kitchen fire. She envies the freedom of the river nymphs and listens to Sabrina’s whispers: Be wise, be strong.
When Hester meets Aaron, a man powerful in herbal lore, she decides the healing wisdom of fields and forest is what Sabrina seeks of her. But her mother scorns her ambitions as witchery and decrees her daughter must have a husband to settle her down. Hester flees to Aaron, only to discover he too insists she should marry and be ‘ordinary’ folk.
While a desperate Hester battles for her dream, Aaron must reconcile his past to accept the future. Will the river help, or hinder?
Trigger Warnings:
Short scene of domestic violence.

Stories come from somewhere. We all know that. Writers happen to be the people who can articulate them in words, as musicians can in music and artists in oils and watercolours. While the occasional random idea might pop into my head, especially when writing flash fiction, my novels to date have been inspired by real events.

My first foray into the craft came about following the people’s fight in England to save our publicly owned forests from being sold. That fight was particularly important in the Forest of Dean in SW England, which is where I live. Despite an 800-year-old Charter which affirms rights and privileges still in practice today, interested parties have always sought to profit from the Forest. The 2011 battle was the most recent in a long history of seeing such parties off. Afterwards, once the yellow ribbons had been taken down and the celebratory speeches made, I was walking the dog through the woods and the idea of using the experience for a book came to me. Having grown up on Narnia, Lord of the Rings and Disney, it was natural to decide a fantasy for kids was the way to go. Which is how I came to write a trilogy, and in February 2022 added a prequel. A huge amount of fun to write and I love hearing local views about the books being allegorical and who the evil destroyers are in real life. My secret!

Inspiration for my first book for grownups, Keepers, came from further afield geographically, and much closer personally. I was born and lived most of my adult life in Australia, the daughter of an Australian mother and a post WW2 Cockney immigrant. They met on a migrant camp, and they had a stormy beginning. Little snippets of their story would come out, and more after their deaths. My mother died when I was in my late 20s and I miss her still. A strong-minded woman, she took no prisoners and my dad, bless him, sailed along in her wake while she let him pretend he was the boss (that era). I can tell you, however, it was never his idea to be a missionary in Thailand! I had long wanted to write about my mother’s life, but when it came to it, I found it didn’t work for me as an historical biography. Her love of life and, frankly, a touch of drama queen, had to be a novel, full of fanciful might-have-beens and what-ifs. What’s fact and what’s fiction in the book is for me (and a handful of aunts) to know, although many have asked.

For my latest release, River Witch, a magical realism novel, I returned to the Forest for inspiration. Our long and rich history is an author’s paradise, with a million things to write about. One of my most awarded short stories, Sabrina Rising, is about the Great Flood which swept this part of the country in 1607, and I plan one day to write a novella expanding on the protagonist Agnes’ heart-breaking experience.

Sabrina is the Roman name for the River Severn which forms the eastern border of the Forest of Dean. They considered her a goddess and it’s in this guise that the river plays a prominent role in River Witch. How she came by her divinity is a sorry tale involving love, jealousy, revenge and (more) strong-minded women. This was one part of my inspiration.

The core of the story came from the true tale of a Forest woman who practised as a herbal healer, a ‘wise woman’, and was accused of witchcraft. In 1906. The crazy tale even had its day in Parliament, with specific note being taken of the godless nature of those who dwelt in this remote, barely accessible, heavily wooded triangle of land between the Wye and the Severn.

A goddess river and a witch are great starts for magical realism, but then I discovered we also have a sacred well with health-giving waters . People to this day collect the water to use at home. Add to this other more mundane historical details such as the local workhouse and the importance of a town on the river as a major port back in the day – it was all too tempting. With these elements at hand, all I had to do was let my imagination wander along its weird and winding ways to create engaging characters living their suspenseful dramas in a fascinating landscape.

Feedback so far suggests River Witch is more than meeting reader expectations. After all, as a Forest author I have an obligation to sustain the old belief (not entirely vanquished) that Foresters are a little dangerous and the Forest a dark and mystical place.

This is the place on the clifftop where the man hauled her from the nymphs’ arms. Below her, stunted trees jut from the rocks to spread their wind-twisted branches above the water. Sabrina’s whispers rise, telling Hester she is good, as she did when she was as small as Annie. Hester breathes in the goddess’s murmuring approval, uses it to shore up the courage she has had to dredge from deep within herself.

She strains to hear above the shouts of sailors, barge owners and fishermen all battling for space on the river’s wide reaches. The tide is turning, and those going down pull into the bank to wait out the tug of the upstream flow. It’s a high bore this morning. Although Hester craves glimpses of river nymphs playing in the spindrift, she vows to close her ears to their call. Today, she is here to confront the man.

Her need is a stony weight in her stomach. She paces, and paces some more. He doesn’t come, the farm’s endless tasks prod at her conscience and she's uncertain she will find her nerve a second time. A deep sigh of surrender accompanies one more turn, to face upriver.

He is there, his eyes wary as if being here with her is not his choice.

‘What does Sabrina say, Mistress?’ He bows and doffs his beaver hat.

Hester’s courage wanes, would flee from her. With effort, she hauls it back and wastes no time in the trivia of greetings.

‘Sabrina wants me to learn the lore of herbs and wildflowers, of mushrooms and toadstools, of leaves and roots.’ Arms folded over her chest, she forces herself to meet his eyes. Heat rises up her neck.

‘Is that so?’ He searches her face for truth. She is afraid to blink. ‘Why does Sabrina want this?’

Hester uncrosses her arms, crosses them again. ‘She doesn’t want children to die because I can’t help them.’

‘Ah.’ He finds the streaming water of interest, following the high wave and its white riders. ‘The girl in the village,’ he says.

‘You knew? And you didn’t come?’ Her stomach roils.

He keeps his gaze on the water. ‘I heard this morning.’

Annie is beyond saving. This is about tomorrow’s Annies.

‘Will you teach me?’ She can’t help the desperate plea in her voice.

He raises an eyebrow, watching her face. ‘Your mother?’

Brushing away a curl sticking to her hot cheek, Hester phrases her answer carefully. ‘Father approves.’ He would, she is sure, if she asked him.

‘Hmm.’ He looks away from Hester and the river to the fields. ‘If the doctor couldn’t save the girl, neither you nor I could have. It was Annie’s time.’

Hester ignores the kindness in his tone.

‘Her time? She was five years old! The poor little girl had no time, no time at all.’ Tears wet her lashes. Her hands clench, rise up, wanting to beat the man’s yellow brocade chest.

He catches her fists in his own warm, smooth hands. ‘No. I will not teach you. The path you want to tread is treacherous.’ He pauses, closes his eyes. When he opens them, their glint of gold is hard and bright. ‘Perils, disaster, crowd that path for such as you ...’ He gently shakes her fists. 'Do you remember how you told me once, when first we met, how you knew meadowsweet because your mother says you will carry the flower on your wedding day?’

‘Yes.’  Hester is conscious of his hands around hers and of his eyes, their tinge of sadness with its intimations of deep regret.

‘That is what you will do. You will carry meadowsweet when you wed a lusty farmer, and you’ll bear him dark-curled, blue-eyed girls and sturdy boys.’

He drops her hands as if they are fire-heated branding irons and strides away, matching his pace to the incoming tide below the cliffs. 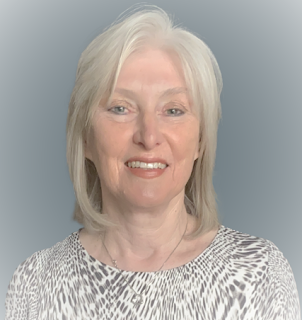 When Cheryl Burman moved to the Forest of Dean in SW England she, like Tolkien and Rowling, was inspired to write. She started with middle grade fantasy, discovered a taste for historical fiction and also that short stories and flash can be fun and rewarding, with several prizes to her name.

As Cheryl Mayo, she is Chair of Dean Writers Circle and a founder of Dean Scribblers, which encourages the creative writing spark in young people in the community.

To stay up to date, sign up for her monthly newsletter at https://cherylburman.com/by-the-letter-newsletter/  and receive a free eBook as her gift for doing so.