Lies that Blind: A Novel of Late 18th Century Penang
By E.S. Alexander 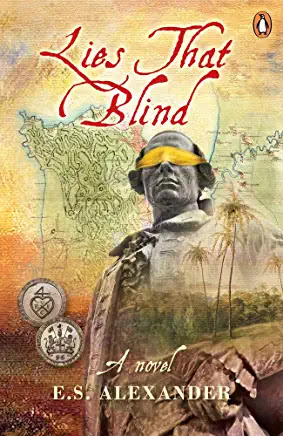 Malaya, 1788
Aspiring journalist Jim Lloyd jeopardises his future in ways he never could have imagined. He risks his wealthy father’s wrath to ride the coat-tails of Captain Francis Light, an adventurer governing the East India Company’s new trading settlement on Penang. Once arrived on the island, Jim-as Light’s assistant-hopes that chronicling his employer’s achievements will propel them both to enduring fame. But the naïve young man soon discovers that years of deception and double-dealing have strained relations between Light and Penang’s legal owner, Sultan Abdullah of Queda, almost to the point of war. Tensions mount: Pirate activity escalates, traders complain about Light’s monopolies, and inhabitants threaten to flee, fearing a battle the fledgling settlement cannot hope to win against the Malays. Jim realises that a shared obsession with renown has brought him and Light perilously close to infamy: a fate the younger man, at least, fears more than death. Yet Jim will not leave Penang because of his dedication to Light’s young son, William, and his perplexing attraction to a mercurial Dutchman. He must stay and confront his own misguided ambitions as well as help save the legacy of a man he has come to despise.

Inspired by true events, Lies That Blind is a story featuring historical character Francis Light (1740-1794) who, in an effort to defy his mortality, was seemingly willing to put the lives and livelihoods of a thousand souls on Penang at risk. 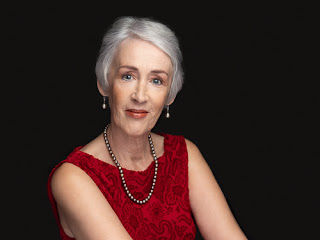 Elizabeth Smith Alexander was born in St. Andrews, Scotland in 1954, although her family moved to England a few years later. Her earliest memories include producing a newspaper with the John Bull printing set she was given one Christmas. She wrote and directed her first play, Osiris, at age 16, performed to an audience of parents, teachers, and pupils by the Lower Fifth Drama Society at her school in Bolton, Lancashire. Early on in her writing career, Liz wrote several short stories featuring ‘The Dover Street Sleuth’, Dixon Hawke for a D.C. Thomson newspaper in Scotland. Several of her (undoubtedly cringe-worthy) teenage poems were published in An Anthology of Verse.

Liz combined several decades as a freelance journalist writing for UK magazines and newspapers ranging from British Airway’s Business Life and the Daily Mail, to Marie Claire and Supply Chain Management magazine, with a brief stint as a presenter/reporter for various radio stations and television channels, including the BBC. In 2001 she moved to the United States where she earned her master’s degree and Ph.D. in educational psychology from The University of Texas at Austin.

She has written and co-authored 17 internationally published, award-winning non-fiction books that have been translated into more than 20 languages.

In 2017, Liz relocated to Malaysia. She lives in Tanjung Bungah, Pulau Pinang where she was inspired to embark on one of the few forms of writing left for her to tackle: the novel.