Please give a warm welcome to historical fiction author, Chris Bishop. Chris is going to share with us his inspirations behind his fabulous debut novel and coming series… 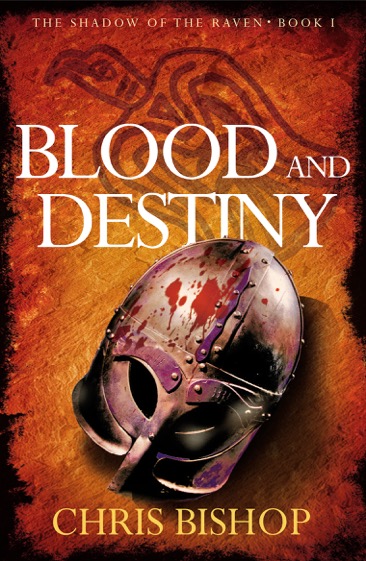 Set in Wessex in 878AD, my novel is focused on a critical turning point in English history as King Alfred, whose army had been virtually annihilated following a surprise attack in Chippenham, strives to restore his kingdom.

It is narrated by Matthew, a novice monk who becomes embroiled in the battle and goes with Alfred to hide with what's left of the Saxon army in the desolate marches at Athelney. Being of noble birth, he is positioned close enough to witness at first hand the key events of this critical time and can relate how Alfred managed to turn utter defeat into a magnificent victory just a few months later.

Although woven around perceived historical events, this is not just about bloody battles and gory hand to hand fighting, it is about triumph over adversity and victory against the odds as deeply religious Saxons fight not just for freedom, their homes and their religion — but for their very existence. 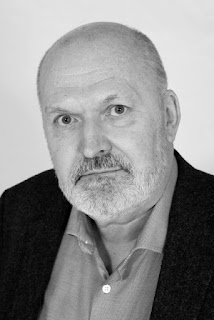 GHOST WRITER – THE HAND THAT GUIDES THE PEN

Writing without a reader is like talking to yourself.  What you say may make perfect sense but no-one will hear you – or, even if they do, they’ll probably think you’re crazy!!!!

My debut novel – Blood & Destiny –  started out as a short story about a ghost which I intended to submit to a literary competition.  It was not a genre I had ever attempted before but I had a plot in mind which started out with the remains of a young boy being disturbed by archaeologists who were excavating his grave, curious to know why he had been buried in such a remote and lonely place.  That is, in essence, still the basis of the prelude to Blood & Destiny, except that it rapidly became apparent that the ghost of the boy had his own tale to tell.  He seemed to take over the story, pushing me into all sorts of places I had not intended to go and inducing all manner of twists and turns along the way.  The upside of this was that pretty soon the whole story came gushing out like a … well, like all good stories should.

The strange thing was that when I started to research the facts of the era (Anglo Saxon England), I found that so much of what I had jotted down fitted the perceived historical facts like a glove.  Then, when I eventually gave my ghost a name (actually, I gave him two names but you’ll have to read the book to find out why) he seemed to come to life and I realised that I was no longer writing a short ghost story, I was writing a novel.
When I’d finished it, I sent a draft off to several publishers all of whom were very complimentary but they either rejected it as being ‘not for their market’ or suggested so many revisions that I began to wonder who was actually writing it.  That’s not to say that their suggestions were unwelcome; in fact I took on board quite a few of them but, in the end, I opted to tell my story (or rather Matthew’s story) my way - in the way that it had come to me.

One of the publishers made a very valid point in saying that the voice at the beginning of the story (in the Prelude) seems older than the text suggests.  When I looked at this I realised it was true.  I also realised why – it was because Matthew’s life did not end where my story ended, implying that he yet had even more to tell me. With that in mind I drafted Book Two (The Warrior with the Pierced Heart) and even sketched out an outline for Book Three (The Vengeance of Kings).  There is even a wildly ambitious plan for a Book Four but that won’t be about Matthew, it’ll be about …actually, you’ll have to wait and see what that will be about!

I’d like to think that Matthew’s ‘ghost’ guided my pen throughout the process (or should I say told me which keys to press on my keyboard?).  Certainly it felt that way at times as so much came gushing out – including details I didn’t know I knew but then found to be correct.  So, is it possible that this really is Matthew telling his story through me - and if so, does that mean it could actually be true?

Personally, I think not.  To accept that would be to deny the hours of research, drafting, editing and revision that are all part of writing a novel.  But I think it is just one of those stories that needed to be told to the extent that several reviewers have described it as ‘a damn good tale’.  If so, I regard myself as being very fortunate that it was given to me to tell it.

Available online and in all good bookstores. 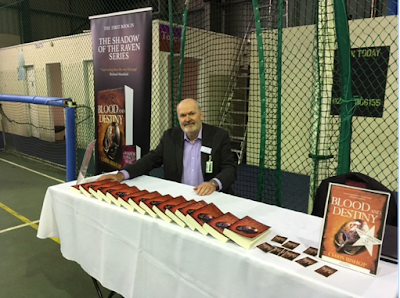 Chris Bishop was born in London in 1951.  After a successful career as a Chartered Surveyor, he retired to concentrate on writing, combining this with his lifelong interest in history.  Blood and Destiny is his first novel and is part of a series entitled The Shadow of the Raven.

His other interests are travel, windsurfing and fly-fishing.