My latest historical fantasy novel, FRIGGA’S LOST ARMY, is set in World War 2 Italy, and you might wonder about that. The histories of the era don’t mention that country a lot, I know. But for various reasons, I found their involvement an interesting little kernel in the war’s timeline. What part did the Italians play in the war? Their leader at the time was the dictator Benito Mussolini and he (some sources say) had designs on being the next Cesar.

Or, put another way, he wanted to revive the Roman Empire, and bring it back into prominence on the world stage. Not long after the battle of Dunkirk, he declared war and sent 250,000 troops into Africa to reclaim part of what he saw as his empire. Here, he joined forces with Rommel and Hitler, and so set into motion the Battle of Tunisia. That battle took place in the then tiny African town, pulling some American forces into region.

By the summer of 1943, the Italian president had had enough of the war, of the ugliness Mussolini’s forces inspired (yes, they did open internment camps for those they considered lesser), and ousted Mussolini.

To me, what sparked the story was an article that said several  thousand Americans were captured at Tunisia and taken to Prisoner of War camps in Italy—not Germany (although some did end up there) but Italy.

If you’ve seen any post-Vietnam war movies, I’m sure you’re aware of how, to put it very simply, horrible the plight of PoWs could be and yet… compared to those tales, the PoWs sent to Italy, were treated rather well. Why? Because of the Geneva Convention that ruled the treatment of said prisoners and that they feared whatever they did to ours, we’d do to theirs.

I ran across stories that said the PoWs would end up getting away with far more than we picture when someone says “PoW”. They’d receive packages from the Red Cross and from home. They could send letters out, and smuggle more stuff in than you’d believe—sometimes with the guards’ help.

It’s definitely not the norm, by any means.  But I found it all an interesting part of the war, enough that it inspired me to write Frigga’s Lost Army. I had beta readers stumped at the reality of all that so it seemed easiest to lay it all at the feet of a goddess who watched out for the main characters. (Besides, the fantasy aspects are the most enjoyable part of historical fantasy, aren’t they? ;)) But what you’ll see of Benjamin (the hero’s) life in Frigga’s Lost Army, is…er, 70% true?

If you would like to find out more about Frigga's Lost army, then read on... 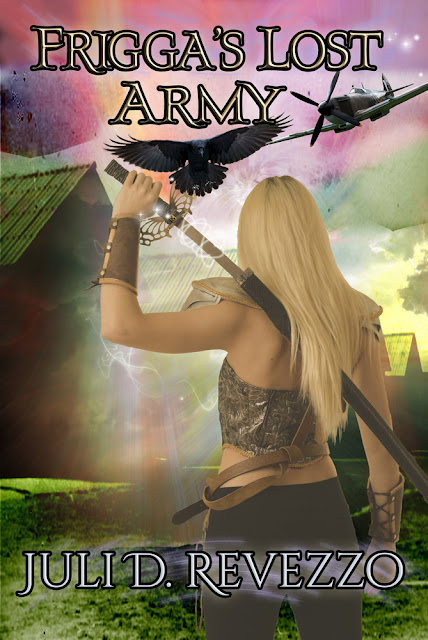 In the winter of 1943, Benjamin is just a grunt and Army cook — until he finds himself captured, along with his unite, taken prisoner by Mussolini's troops after The Battle of Tunisia.

Transported  to a POW camp in Italy, Benjamin is plagued with intense visions of the Norse Goddess Frigga and her retinue of Valkyries, berserkers, and other magical beings.

When he encounters a woman bearing an uncanny resemblance to the goddess, he wonders if he hasn't been entangled in a battle between the natural and the supernatural— a battle for the present and the future. 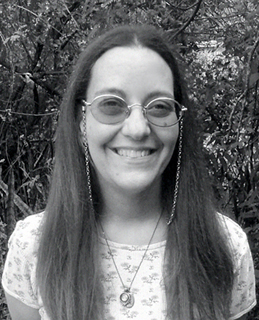 Juli D. Revezzo loves fantasy and Celtic mythology and writing stories with all kinds of fantastical elements. She is the author of the historical romance, House of Dark Envy, Watchmaker's Heart, and Lady of the Tarot, the Antique Magical paranormal series and Celtic  Stewards Chronicle series and more. She is also a member of the Independent Author Network and the Magic Appreciation Tour.