The small settlement of Wellington celebrated its fifteenth anniversary on Monday the 22nd of January 1855. With the harbour filled with visiting ships, the town’s inhabitants enjoyed organised celebrations including a whale-boat race with a prize of £15. Horse-racing  was to take place at Burnham water in the centre of Miramar Peninsula where a track had been formed amongst the dunes and punters from all over the country were gathering. Unfortunately, rain and a strong North-westerly wind cut the day’s events short and many locals returned to town while the visitors set up tents beside the track.
A few seconds before 9.17pm rumbling filled the air. The sound was followed by shaking so violent that it was impossible to remain standing. Houses creaked and groaned and chimneys tumbled.
The 8.2 magnitude earthquake lasted only fifty seconds, but before the shaking died away the sea rose up two and a half metres and inundated the shops lining Beach Street on the seafront. The Miramar isthmus, where the races had taken place, was swamped and a nine-metre high wave swept Palliser Bay. The water receded but then approached and pulled back from the shore every twenty to twenty five minutes for the next eight hours as if the harbour were a huge bowl with water sloshing about within it. Ships at anchor were floating one minute and sitting on the drained seabed the next.
Panic gripped the town’s inhabitants after the first shock. Shouts filled the night air as people rushed about in the darkness assisting the injured and searching for loved ones lost in the chaos. Astoundingly, there were relatively few serious injuries and only one death in Wellington as a result of the quake.
Wellington was (and still is today) no stranger to large earthquakes. New settlers were rattled on the 26th of May 1840 and the town had to be rebuilt after a series of severe shakes in 1848 devastated the fledgling settlement.
The mega-quake of 1855 was the largest recorded in New Zealand’s history and caused damage throughout the central region of the country. The ground was permanently shifted horizontally by twelve metres and lifted six and a half metres along the main fault and aftershocks were felt for nine months. The seabed was raised so much along the foreshore that the new ground was used as the beginning of a huge land reclamation project and flat land that appeared between the Miramar Peninsula and the main town has become the sight of Wellington’s international airport.


The Moral Compass is set predominantly in Wellington in 1853/4. In an early version of the manuscript, the main character, Florence, experiences the 1855 earthquake and its aftermath. However, this scene was dropped from later revisions and it is her brother, Bertram, who lives through the disaster and tells her about the experience in letters.
I included letters and diary entries throughout The Moral Compass. Much of my research for the novel came in these forms, so it seemed appropriate to continue the Victorian tradition of using personal writing to record and communicate daily life.
References:
Grapes, R. (2000). Magnitude Eight Plus, New Zealand’s Biggest Earthquake. Wellington, New Zealand. Victoria University Press
Grapes, R. (2011). The Visitation, The Earthquakes of 1848 and the Destruction of Wellington. Wellington, New Zealand. Victoria University Press

Here is my imagining of the letter Bertram send to Florence after the quake:
Florrie, I have to tell you of a terrible event that occurred here a couple of weeks ago. It was the day of the anniversary celebrations and we had been out to Burnham Water for the races. The weather had been foul all afternoon, so we headed home early taking Jack’s old horse, Nelly, and the cart over the Te Aro saddle.
We had just settled down after dinner when a rumble similar to that of a passing carriage filled the air. It was late for anyone to be out, especially in this wild weather, so I was looking through the window to see who was passing when, without warning, the whole room lurched sideways. It was the strangest feeling being tossed about on one’s own sofa like a rag doll. The noise became deafening as the rumbling was joined by the timbers of the house creaking and everything we owned clattering like Billy o. Then damn me if the carriage clock on the mantle didn’t fly off and hit me!
I decided that it was time to get out just as that ugly painting above the fireplace came crashing down narrowly missing my head. I bundled Areta out into the hallway and a moment later, there was an almighty smash. Dust and sparks shot from the fireplace in a great cloud and bricks crashed through the ceiling, bringing chunks of plaster and wood down with them right where we had just been standing.
I told Areta to go to the kitchen to get Whina who I could hear screaming above the din. But as I tried to go up the stairs to get Tamati, The banister sprung from the uprights and crashed onto the treads and I was forced to scramble over the splintered wood. Just as I got to the top, the whole lot collapsed. With the stairs gone, I had to climb out the window onto the washhouse roof and jump to the ground with my son cradled in my arms.
By now, the shaking had stopped, but Whina was still making a hell of a racket in the kitchen. The back door was hanging off its hinges, so I was able to get back inside. The scene that met me in the kitchen was one of utter devastation. The floor was ankle deep in broken glass and crockery and everything was coated in a slimy film of preserved fruit. All that hard work you and Areta did getting those peaches saved was for naught I’m afraid.
Whina and Areta were sheltering under the table so I told them to come outside. But they just clung to each other crying and refusing to move.
Then the ground started shuddering again. Not as bad a last time, but still bloody terrifying. It’s then that I noticed that the ceiling was bulging. A crack appeared beside the hearth and ran across the plaster. I shouted again to the women to get out and thank God they did because just as they reached the doorway, the ceiling split open and bricks tumbled into the room, crashing onto the table and crushing it.
I tell you, Florrie, it was the scariest thing I’ve ever been through. The ground kept shaking every few minutes all that night. Everyone in town was shouting, ringing bells and running about in the dark. It wasn’t until daylight that we saw the full extent of the damage. All the shops on Lambton Quay were destroyed, as were the parliament buildings. The Wellington Hotel was a wreak and the poor old Baron caught it. Apparently, a painting fell on him. If I’m honest, I’m amazed that there weren’t more deaths seeing the state of the place.
We’ve been living in Jack’s old tent pitched in the front garden since that night until we can find someone to rebuild the chimney and replace the windows. But with the whole town in such a mess, it’ll be some time. Just count yourself lucky that you and Beaufort left when you did.
If you’re able to send some money to help us repair the cottage I’d be most grateful. 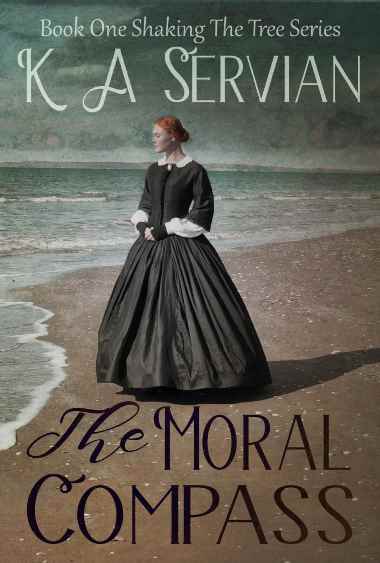 Florence lives like a Princess attending dinner parties and balls away from the gritty reality, filth and poverty of Victorian London.
However, her world comes crashing around her when her father suffers a spectacular fall from grace. She must abandon her life of luxury, leave behind the man she loves and sail to the far side of the world where compromise and suffering beyond anything she can imagine await her.
When she is offered the opportunity to regain some of what she has lost, she takes it, but soon discovers that not everything is as it seems. The choice she has made has a high price attached and she must live with the heart-breaking consequences of her decision.

This novel is part one in the ‘Shaking the Tree’ series.

During the Blog Tour we will be giving away an eBook of Throwing Light by K.A. Servian! To enter, please enter here.

• Giveaway ends at 11:59pm EST on January 31st. You must be 18 or older to enter.
•Giveaway is open to US & Canadian residents only.
•Only one entry per household.
•All giveaway entrants agree to be honest and not cheat the systems; any suspect of fraud is decided upon by blog/site owner and the sponsor, and entrants may be disqualified at our discretion.
•Winner has 48 hours to claim prize or new winner is chosen.

KINDLE EBOOK SALE! The Moral Compass by K.A. Servian is on sale for $.99! 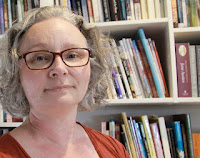 As a life-long creative, Kathy gained qualifications in fashion design, applied design to fabric and jewellery making and enjoyed a twenty-year-plus career in the fashion and applied arts industries as a pattern maker, designer and owner of her own clothing and jewellery labels.

She then discovered a love of teaching and began passing on the skills accumulated over the years—design, pattern-making, sewing, Art Clay Silver, screen-printing and machine embroidery to name a few.

Creative writing started as a self-dare to see if she had the chops to write a manuscript. Writing quickly became an obsession and Kathy’s first novel, Peak Hill, which was developed from the original manuscript, was a finalist in the Romance Writers of New Zealand Pacific Hearts Full Manuscript contest in 2016.

Kathy now squeezes full-time study for an advanced diploma in creative writing in around working on her novels, knocking out the occasional short story, teaching part-time and being a wife and mother.