A Ring of Midnight Orchids:
Flowers of the Aristocracy
(Untamed Regency Book 3)
By Jackie Williams 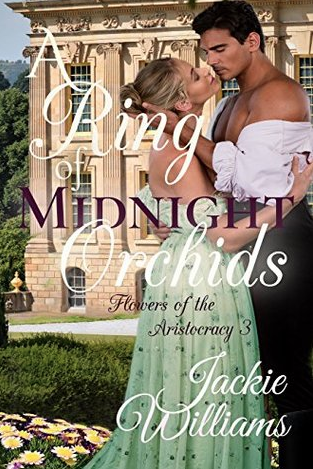 Who would have believed it? His lifelong friend, Lord Pierce Trenchard engaged! To none other than the lovely, but frivolous Angelique Lancer. As if hurt pride, a broken nose, and crushed hopes were not enough, the surprise announcement in the London paper almost made Lord Lucas Caruthers choke on his breakfast.

Lovely she may be, but marriage to a woman who prefers to peruse books rather than follow the hunt? Not in Pierce’s lifetime! However, with essential body parts under threat of imminent amputation, what other options does a man have? None. The Peckham Pulveriser, a notorious cheating prizefighter, breaker of the Caruthers noble nose, and brother of Angelique, is not a man one can reason with... Unless Pierce can perhaps persuade someone else to do the dreaded deed! A visit to his most stalwart friend, the recently jilted Lucas Caruthers, is clearly in order.

Lucas could barely believe his own ears! Friends they might be, but marrying his archrival’s sister was stretching the boundaries too far. Although the suggestion did throw up certain ideas. Could Pierce’s ill fortune be Lucas’ salvation? A chance to seek retribution for his own pain and ruined looks, while saving his friend from a parson’s noose? It certainly seemed an opportunity not to be missed.

But the truth about Angelique is not quite what Lucas has been led to believe. His quest for revenge reveals depths he would never have imagined, and while Pierce disappears into hiding, Lucas’ is left with the delightful tilt of a stubborn chin, a pair of deliciously determined shoulders, and the heady fragrance of Midnight Orchids playing on his mind.

And this time he concedes that, if the Pulveriser wants to fight it out, it might not be simply the Caruthers nose that is broken. 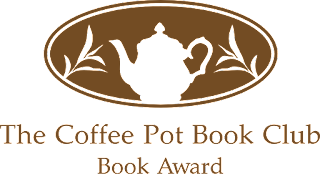 There is always that one friend you would do anything for. When Lord Pierce Trenchard comes knocking on Lord Lucas Caruthers door with a plea to help him escape from his impending marriage, what else could Lucas do but help him escape the parson's noose?

But what Lucas did not take into account was Lord Pierce's betrothal. He had heard of Angelique, of course. She was considered shy and had a nose constantly stuck in a book. However, there was another side to her. A side that only Lucas had seen. And it was a side of her he would very much like to know a little better...

I have really enjoyed Jackie Williams Untamed Regency series. When I heard that a new book had been released, I could not wait to get my hands on it. A Ring of Midnight Orchids: Flowers of the Aristocracy (Untamed Regency Book 3) is a tender, emotional, hysterically funny story that grabbed me from the first sentence and kept me hooked throughout the rest of the book.

I adored the characterisation of Angelique. There is so much more to her character than the shy violet that the ton gossips about. Lucas is so different to any man she has ever met. He is tender, and loving, and kind. It is no wonder she falls for him. Likewise, Lucas is a real sweetheart. A very gentle man who, despite being a prize-fighter, feels everything with his heart. He wants to give Angelique — his Angel — everything that has been denied her.

is one of those books where you will find yourself laughing out loud. I am not going to give away any spoilers, but there is scene which was so brilliantly executed that I am still laughing now! 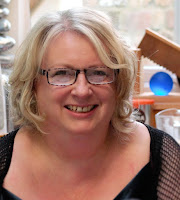 I was born in Essex England during the mid sixties but I missed all the fun. Being only young, I assumed that all Beatles were six legged creatures and Flower Power was something to do with the vigorous way my mother kneaded the bread dough.

My own beautiful teenage daughter persuaded me to write my first romance. She was only fourteen at the time and between books for children and adults. She couldn't find anything that ticked all her numerous and particular boxes and so she asked me to write a book, with all the exact ingredients just for her. Though not just a book for teens, she enjoyed the resulting tale so much that she shared it with her friends and I eventually published A Perfect Summer as an ebook on amazon.

But I have discovered that writing is not easily stopped once you start. It has turned into a grand passion that I just cannot hold back. The fingertips start tapping the keys and ideas suddenly come flooding, far too many for just one book and so I began another and then another, and I am still nowhere near done.

I hope you enjoy all of my efforts and I look forward to your comments and reviews.

If you are interested in finding out more, you can see what I get up to at:

Don’t forget to sign up to my newsletter for all my latest goings on: