A Tour of Historic Weapons by Rebecca Tran

Writing any period piece comes with its own set of challenges. A paranormal historical novel adds a whole new twist. My novel starts in 1707 and covers 300 years which gave me plenty of opportunities to explore a favorite subject: weapons. I could spend hours looking at and reading about different armaments. When a conference was called in 1787 and vampires from all over the world gathered in one location I had to find bladed weapons from every corner of the earth.
Each vampire came from their own city in traditional dress armed with traditional weapons. The meeting point was in a large estate south of London. The vampires living here use European hand and a half broadswords that were the same style swords carried by medieval knights centuries before. Their French neighbors weren’t much more exciting. They used a short, thin rapier that was popular about 100 years before the meeting. The Musketeers carried the same type of sword while protecting the king. 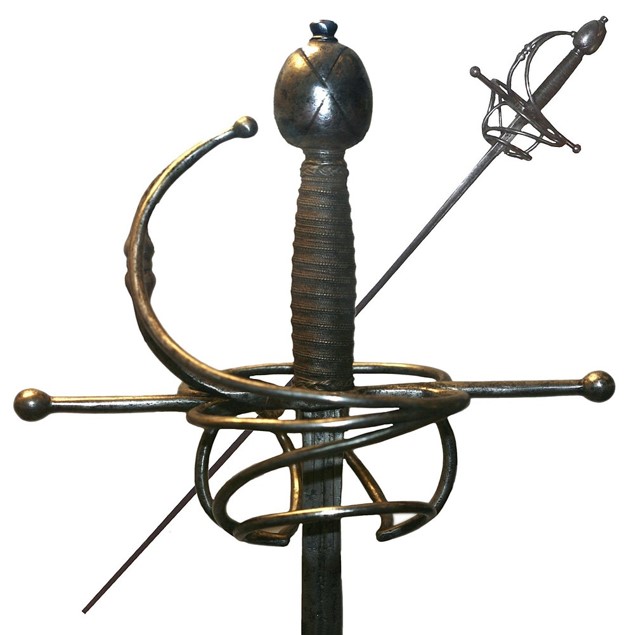 Their Spanish cousins also carried rapiers. These rapiers were older versions of the French swords. The blades were wider and longer. The hilts lacked the large cage that gave rapiers their distinctive look. The Spanish rapiers were also a little flashier, but that has more to do with the individual vampire than the weapon itself.
The Irish vampires carried long, broadswords similar to claymores. Although in a previous point in the book one of the Irish vampires carried two short swords. While carrying a single-handed sword would have been common for an Irish soldier dual wielding would not. They were also more likely to carry a long dagger than two swords as a second method of defense.

The Turkish vampires carried traditional curved swords called a kilij. This type of sword became the dominant form in Western Asia during the Seljuk Empire between 1037-1194 AD. The kijil spread with the Ottoman Empire and was influenced by similar forms of curved blades. The most distinctive change and improvement came in the late 18th century. The blade used to curve and flare out at the end by 30% making it useful as only a cutting weapon. In the late 18th century though, this changed. The blade was shortened, and a distinctive T in the back of the blade was added to cut down on weight while increasing blade strength. These improvements allowed the kijil to be used for both cutting and piercing making it more versatile. 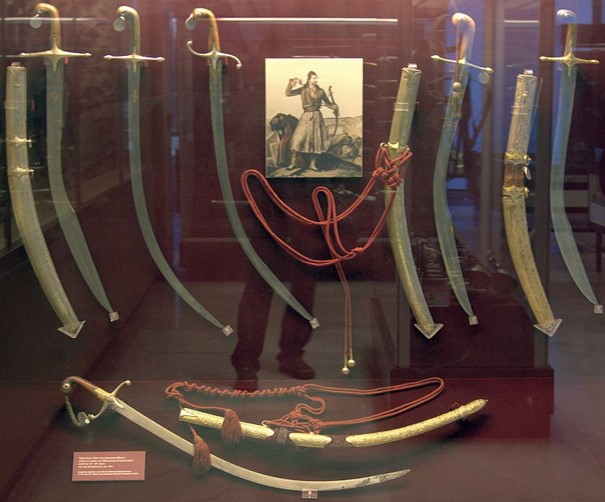 Curved swords were also used by the vampires from Thailand, which in 1787, was still Siam. Unfortunately, a lot of the actual records surrounding Thailand’s original fighting techniques and weapons were lost in the Burmese invasion in 1767. Many believe the martial arts form called Krabi-Krabong was developed for warriors fighting on the battlefield. The daab, or curved short swords, carried by the vampires in my novel are an integral part of this fighting style. Krabi-Krabong also uses the krabi (saber), krabong (staff), lo (shield), phlong (cudgel), ngaw (bladed staff), mai sok san (clubs worn on the forearms). 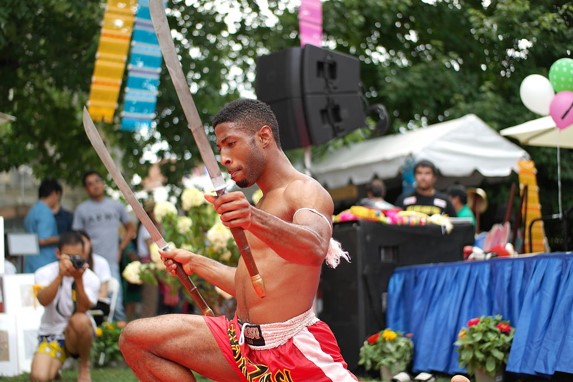 The Chinese vampires gave me a chance to add a little variety. Not only was their representative a female but she also carried a different weapon. The Qiang or spear is traditionally 9-21 feet long with a red horse hair tassel hanging from the leaf-shaped blade. The spear shaft itself has some give to it. In the hands of a skilled user the spear will wiggle and bounce, and it is said that it looks like a dragon is dancing around it. The tassel is meant to distract the opponent and keep blood from running down the length of the spear. Records show its use as early as 400 BC. 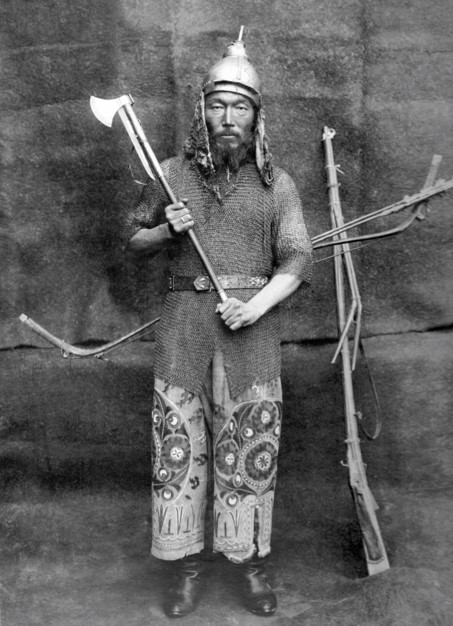 The last weapon unusual weapon was wielded by the vampires from Kazakhstan although in 1787 they were under Chinese rule. The Kazakh people are descendants of Turkic and medieval Mongol tribes that settled in the area between the Black Sea and Serbia before the 5th and 13th centuries. Their roots of other nomadic tribes including the Huns influenced their weaponry. The Kazakh’s believe in five types of weapons for military use: missile, bladed, thrusting, cutting, and strike weapons. I chose one of the missile weapons the ‘zhak’ or bow which is made of flexible wood or bone. To vampires who are used to swordplay, it gave the Kazakh vampires an advantage. While they could wield a sword as well, the Kazakhs had six different types, a bow and arrow is more fun. 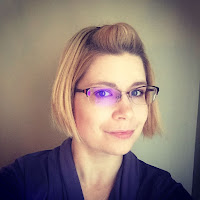 Rebecca Tran is a hybrid author and blogger with three award-winning novels. She started writing when she was sixteen as self-prescribed therapy after her father passed away and hasn’t stopped since. Rebecca is also a pharmacist, wife, and mother to two rambunctious girls and a Boston Terrier. If she ever has free time she likes combing resale shops to add to her teapot collection or quilting. Currently, she lives in her home state of Missouri.
Rebecca loves to hear from readers, you can find her: Website Blog Facebook Instagram Twitter 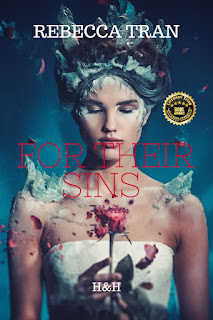 For Their Sins is a first-person narrative following the life of a very unconventional 300-year-old vampire. Alexandria Diego was Born in 1707 as a Venandi, a descendant of angels. Her people were charged by God to send the worst sinners to judgment. That included the soulless Mordere that are turned into vampires by more traditional means. Although Alexandria chose the path of the hunter, she always longed for a quiet life. Destiny had other plans. One simple choice irrevocably changed Alexandria's life, and soon all of her people knew her name. When war broke out between her people and the Mordere Alexandria suddenly became her people's last hope of survival. Alexandria is lost and confused under the sudden weight. After agonizing over the problem, she faces it head-on. But when her true love is captured by the enemy nothing will stand in her way of getting him back. The only question is: is it too late?
Amazon B&N iBooks Kobo