Books That Inspired My Writing
By Milana Marsenich 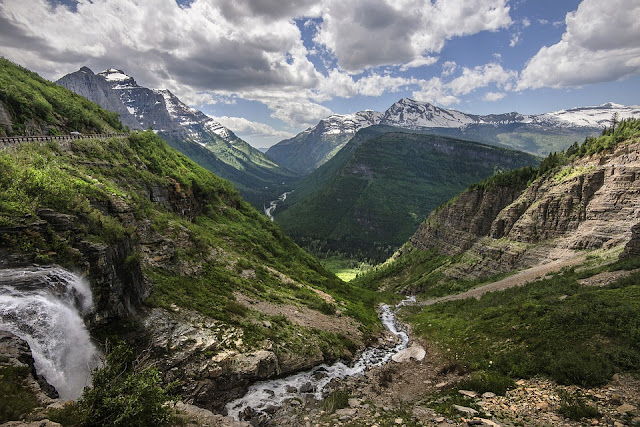 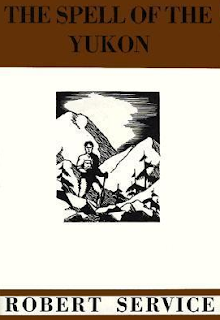 When I was a young girl living with my parents and three brothers in Butte, Montana, my father often read Robert Service poems out loud. I grew up listening to The Spell of the Yukon, The Shooting of Dan McGrew, The Cremation of Sam McGee, and The Men Who Don’t Fit In. I loved my father’s voice, his conviction, and the dark words about these wild times in the cold and the snow, the great alone, the search for some kind of magic that sets a person’s life right. On those long winter nights in the Rocky Mountains these poems worked their way into my young psyche and never left. I’m still amazed by wild towns and mountains. If anything ties my two novels together it is this sense of something wild and unbroken, in spite of the odds. Copper Sky is the story of a tragic time in Butte, Montana’s history and the love that ultimately pulls the town together. The Swan Keeper is the story of a girl, a violent crime, and the wild beauty of the Mission Mountains. In both of these books the characters find courage and beauty in spite of the unimaginable heartache they endure. 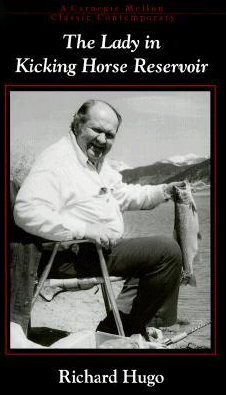 I loved poetry and wrote hundreds of poems as a teen and young woman, almost all of them unpublished. I was fascinated by the use of language in poems and would read them over and over. Richard Hugo’s book The Lady in Kicking Horse Reservoir practically fell apart in my hands I read it so many times. “You might come here Sunday on whim. Say your life broke down. The last good kiss you had was years ago.” These lines are burned into my brain from Hugo’s poem Degrees of Gray in Philipsburg. My grandmother was born in Philipsburg, Montana. I have a soft spot for the little town and the nearby Pintler Mountains. It’s always like that for me—towns and mountains together. Richard Hugo liked towns with rivers. I took a class from him once. I was terrified to submit a poem for critique. And when I did submit my poem, Hugo was not just disappointed, he was mad. He said I was a bright young woman from Butte and he wanted me to go home and write him something real. I did. I went home and worked so hard on my next poem. I stole the words from the fabric of my life. I emulated his style, which was impossible, but it made me a better writer. I read his poems for years, learning to pair the sacred with the trivial, to twist the sentence on the last word, to bring the main concept back around at a richer level—all things I learned from reading Hugo’s poems. His poetry and my love for language inspired the writing in Copper Sky and The Swan Keeper. 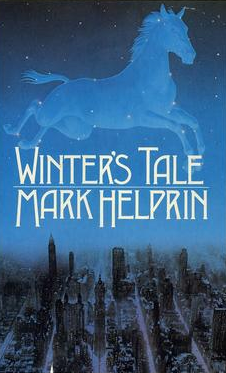 It took me a long time to learn how to tell a story rather than write a poem. Even now I love the mystic of poetic language in stories. The novels that most affected my writing have a mystical edge to them: Winter’s Tale by Mark Helprin, I Heard The Owl Call My Name by Margaret Craven, The Likeness by Tana French, The Dress Lodger by Sheri Holman, Fata Morgana by William Kotzwinkle, Bull from the Sea by Mary Renault. Once I love a novel I read it again and again. I want to know how the author came up with the story. I want to experience the magic of it. I want to learn and grow and be amazed all over again. And each time I read any of these novels I am enchanted again. Even though I already know what is going to happen. These novels are like old friends that I haven’t seen for a while and we pick up exactly where we left off. The White Dog in Copper Sky was directly inspired by the White Horse in Winter’s Tale. The ending in The Swan Keeper came from a desire to end a book in the way that Mary Renault ended Bull from the Sea. The magical realism in William Kotzwinkle’s Fata Morgana found its way into Copper Sky and The Swan Keeper. The true humanity of Craven’s I Heard the Owl Call My Name inspired compassion in both novels. The Dead in The Dress Lodger gave me courage to let the Dead live in Copper Sky. Tana French uses such beautiful and surprising language in The Likeness that I tried to emulate her. Again, it was impossible. But it made me a better writer. 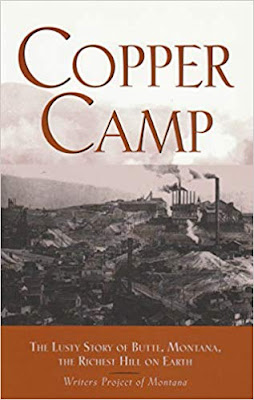 It would be difficult to write a book set in the mining town of Butte, Montana in 1917 without having read Copper Camp by the Montana Writers Project and Fire And Brimstone by Michael Punke. Copper Camp served as initial inspiration for Copper Sky, and Fire and Brimstone served to review the research. Both books talk about the many mining accidents in the town, the fires, and the political climate of early Butte. Swans of The World by A. Lindsay Price and Giving Voice To Bear by David Rockwell both helped shape The Swan Keeper. I had so many questions about trumpeter swans and their migrating and mating habits. I wanted to know what they ate and how they treated their young. They are birds that mate for life, and they are fiercely protective of their young. Swans of the World answered many of my questions. The Native American myths, rituals, and images of the bear in Giving Voice to Bear helped me to find words to portray the mystical spirit of the trumpeter swans. Rooting these stories in real details gave me a lot of freedom to invent, twist, change, and to allow the mystery of each book find its voice. Copper Sky and The Swan Keeper both come out of my love for reading, language, and research and I am so grateful for all of the books and authors that inspired them. 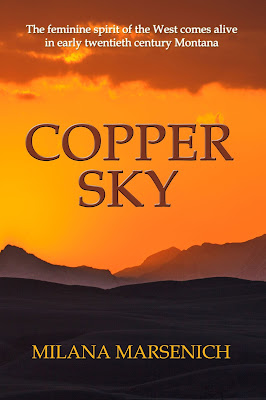 The feminine spirit of the West comes alive in early twentieth century Montana.

Set in the Copper Camp of Butte, Montana in 1917, Copper Sky tells the story of two women with opposite lives. Kaly Shane, mired in prostitution, struggles to find a safe home for her unborn child, while Marika Lailich, a Slavic immigrant, dodges a pre-arranged marriage to become a doctor. As their paths cross, and they become unlikely friends, neither knows the family secret that ties them together.

“A dazzling heartfelt epic of friendship and loss, love and renewal. Copper Sky conjures the unimaginable heartbreak of Butte’s history with compassion and grand vision and a storyteller’s genius. If you love Montana’s rich and ghosted past, don’t miss this read.”—Debra Magpie Earling, author of Perma Red

“This splendid debut carries readers into the textured dimension of Butte’s vivid and perseverant heart.”—Sid Gustafson, author of Swift Dam 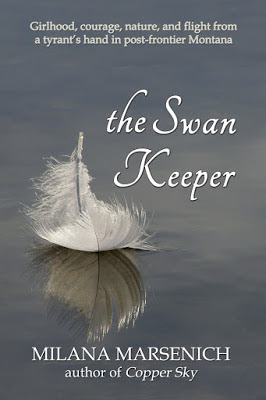 On her eleventh birthday, Lilly’s family visits the Cattail Marsh to see the newly hatched cygnets. The family outing turns tragic when Dean Drake shows up with his shotgun. Lilly sees him kill her father, injure her mother, and slaughter the bevy of trumpeter swans. The sheriff, her mother, sister, and best friend all think Lilly is trying to make sense of a senseless accident by blaming Drake. But Lilly knows the truth. Left alone she must bring him to justice.

“Author Milana Marsenich has penned a dramatic page-turner brimming with authentic detail. She knows this Montana countryside inside and out, her vivid descriptions capturing the spirit of the craggy Mission Mountains.”—Maggie Plummer, author of Spirited Away – A Novel of the Stolen Irish and Daring Passage: Book Two of the Spirited Away Saga. 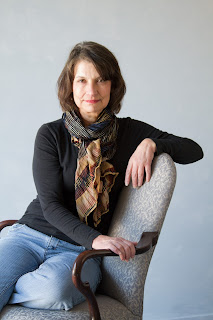 Milana Marsenich lives in Northwest Montana near Flathead Lake at the base of the beautiful Mission Mountains. She enjoys quick access to the mountains and has spent many hours hiking the wilderness trails with friends and dogs. For the past 20 years she has worked as a mental health therapist in a variety of settings. As a natural listener and a therapist, she has witnessed amazing generosity and courage in others. She first witnessed this in her hometown of Butte, Montana, a mining town with a rich history and the setting for Copper Sky, her first novel. She has an M.Ed. in Mental Health Counseling from Montana State University and an MFA in Creative Writing from the University of Montana. She has previously published in Montana Quarterly, Big Sky Journal, The Polishing Stone, The Moronic Ox, BookGlow, and Feminist Studies. She has a short story included in The Montana Quarterly book: Montana, Warts and All. She has two published novels, Copper Sky and The Swan Keeper.