#NewRelease — SAVING WASHINGTON: The Forgotten Story of The Maryland 400 And the Battle of Brooklyn by Chris Formant #HistoricalFiction @cmforman 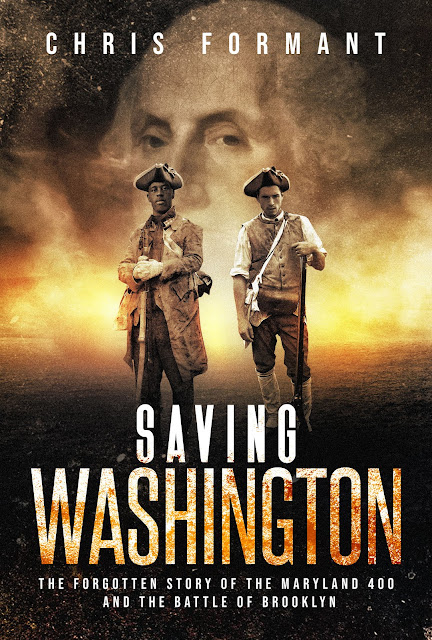 The lost story of “America’s 400 Spartans”—an army of unexpected heroes who changed the course of history.

On a marshy Brooklyn battlefield on August 27, 1776, four hundred men from Baltimore, Maryland assembled to do battle against a vastly superior British army. Seemingly overnight, these young soldiers had matured from naïve teenagers to perhaps the most important, yet most forgotten, citizen soldiers in all of American history: “America’s 400 Spartans.”

Saving Washington follows young Joshua Bolton and his childhood friend Ben, a freed black man, as they witness British tyranny firsthand, become enraptured by the cause, and ultimately enlist to defend their new nation in a battle that galvanized the American nation on the eve of its birth.

Chris Formant’s gripping tale blends real-life historical figures and events with richly developed fictional characters in a multi-dimensional world of intrigue, romance, comradeship, and sacrifice, transporting us two-and-a-half centuries back in time to the bustling streets of Baltimore and the bloody, smoke-filled carnage of battle in Brooklyn.