Voices from the Past:The Stories of my Ancestors, by Elizabeth St.John #amwriting #HistoricalFiction #Stuarts @ElizStJohn

Voices from the Past

The Stories of my Ancestors

Writing about my own ancestors has been a remarkable journey. Holding their documents, sitting with their portraits, and reading their words of hope, dreams and sorrows is an emotional process. And, knowing what lies ahead as they share their thoughts can be very harrowing. But, as a writer, realizing that these people lived and loved much the same way as we do today can also give me great joy as I tell their stories. It is an honor to bring them alive for today’s readers and remind us that we all have the same dreams and desires, even with centuries between us.
The Lydiard Chronicles, my historical fiction series, is named after Lydiard Park, the St.John ancestral home in Wiltshire. Full of portraits and memorials of my family, Lydiard House and adjacent Church of St. Mary's is a writer’s dream. Elizabethan monuments, Jacobean portraits and medieval wall paintings all provide a rich tapestry of images, calling across the ages for their stories to be told.

The characters in The Lydiard Chronicles are all real people, and their stories are drawn from a memoir from the 1660s. By fate—or maybe design—I came upon Memoirs of the Life of John Hutchinson many years ago in Nottingham Castle. Written by Lucy St.John’s daughter, Lucy Hutchinson, her vivid story of her mother brought my ancestors to life, and I was determined to honor the truth of her account of my seventeenth century family. As I researched more, I made the decision to only use contemporary sources to inform my fiction, and so as I read letters, court pleadings, dispatches, their voices started to come alive. And, as I immersed myself more in their world, they became part of my life. Because they were real people, and connected to me, I felt I had an obligation to interpret their lives authentically, while at the same time describing human behaviors that transcend time and place.

The first in the series, The Lady of the Tower, takes place in the early 1600s. The Tower of London is infamous for the famous prisoners it housed, the horrific torture that took place within its walls, and the tragic executions witnessed on Tower Green. But along with the kept must be the keepers, and the story of my ancestress, Lucy St.John, is that of The Lady of the Tower – the wife of the Lieutenant of the Tower.


Lucy first moved to the Tower in 1617, with a two year old baby boy and no warning that her life was about to change so drastically. She married Sir Allen Apsley after a heartbreaking betrayal by one of King James’ courtiers. Lucy hoped for a quiet life, marrying an older man and bringing up his two children. All that changed when her sister Barbara married Edward Villiers, brother to the Duke of Buckingham. The Duke, George Villiers, was the favorite of King James and his son, Prince Charles, and with that came the power to bestow all kinds of riches on his friends and relatives. As a result, Lucy’s husband was granted the position of Lieutenant of the Tower.

Once within the Tower, Lucy became a witness to history. She took care of Sir Walter Raleigh in his later years, encouraging his alchemy experiments by lending him her henhouse as a workshop. And, in an ironic twist of fate, Lucy became the guard of Frances Howard, Suffolk’s sister, when she was imprisoned in the Tower after instigating the murder of Thomas Overbury.
Along with the duties of organizing food for the prisoners, Lucy was also responsible for their physical wellbeing, as best she could.  According to her daughter’s diary:
“to all prisoners that come into the Tower she was as a mother. All the time she dwelt in the Tower, if any were sick she made them broths and restoratives with her own hands, visited and took care of them, and provide them all necessaries; if any were afflicted she comforted them, so that they felt not the inconvenience of a prison who were in that place.”

I was also able to include many medicinal recipes within the novel that come from Lady Johanna St.John's Recipe Book, part of the Wellcome Foundation collection in London. Lady Johanna was Lucy's niece, and since so many recipes were handed down and exchanged within the family, I felt it no stretch of the imagination to think some may have been Lucy's.

Once I had completed The Lady of the Tower, I realized that the story of Lucy and her family could not end. I set about writing the story of her children, Allen and Luce. Again, back to the Memoirs, Lucy Hutchinson’s extraordinary first-hand account of the English Civil War. The second book of The Lydiard Chronicles is named “By Love Divided” and follows the family into war. Lucy St.John embraced the Puritan cause and yet her son chose to fight for King Charles.
Writing about conflict and war from the perspective of those whose lives are gradually torn apart was harrowing, for I could see what lay ahead for them. It was important to me that although as a fiction writer I could foreshadow conflict and sorrow, I should also convey the day-to-day emotions of love, life and joy that permeated their lives. Luce’s accounts of dancing, music and happiness, falling in love and bearing healthy children were as important to me as the battle of Edgehill and the tragedy of a hero’s death. Based on these contemporary diaries, letters and documents, By Love Divided tells of the heart-wrenching choices my family faced, and how they remained loyal to each other through the conflict of civil war.
The St.John family motto is Data Fata Secutus, which translates approximately to “Following his allotted fate”. When I’m researching, writing or simply going through my days and a thought enters my head, I feel it might have been my destiny to share these voices of the past. 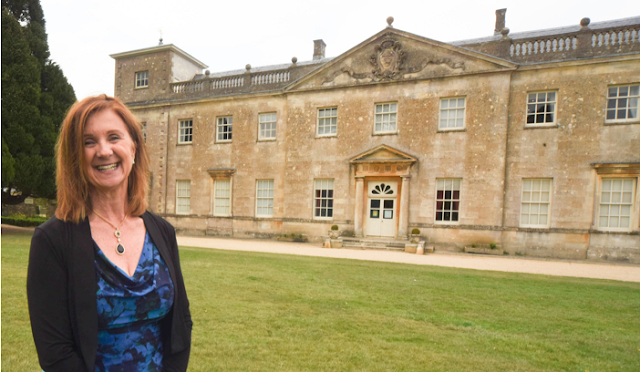 The Lydiard Chronicles are on sale on Amazon.com as Kindle, Kindle Unlimited and paperbacks. The Lady of the Tower is also on sale at the Tower of London and both paperbacks are available through bookshops.

The Lady of the Tower
Amazon 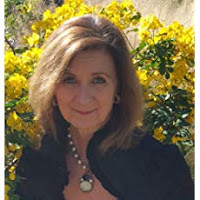 Elizabeth St.John was brought up in England and lives in California. To inform her writing, she has tracked down family papers and residences from Nottingham Castle, Lydiard Park, and Castle Fonmon to the Tower of London. Although the family sold a few castles and country homes along the way (it's hard to keep a good castle going these days), Elizabeth's family still occupy them - in the form of portraits, memoirs, and gardens that carry their imprint. And the occasional ghost. But that's a different story...
Connect with Elizabeth: Website • Facebook • Twitter.
Posted by Mary Anne Yarde at 07:00