Have you heard? Tim Walker's fabulous book Arthur Dux Bellorum (A Light in the Dark Ages Book 4) is only 0.99 on Kindle for a Limited Time @timwalker1666 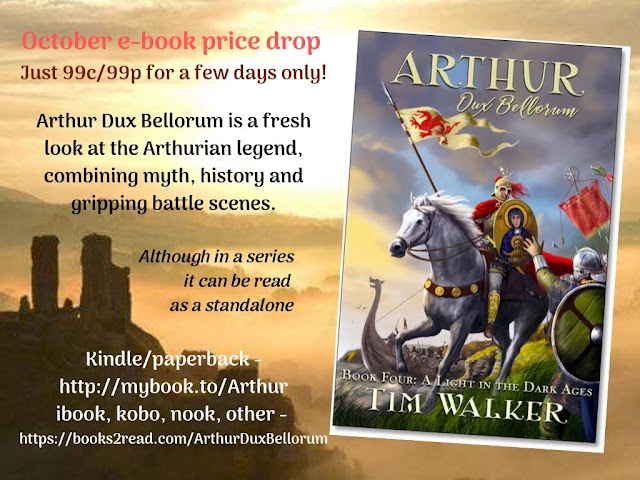 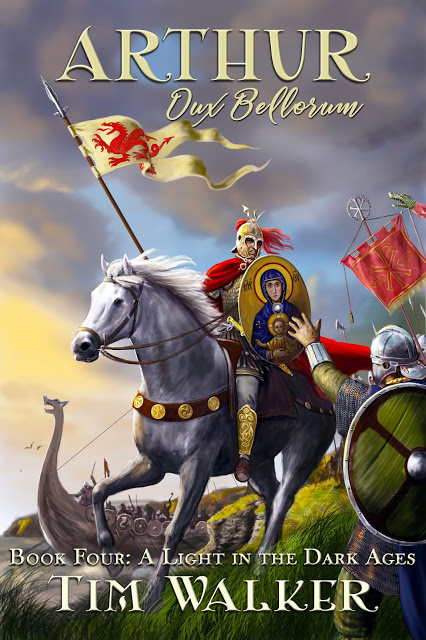 From the ruins of post-Roman Britain, a warrior arises to unite a troubled land.
Britain in the late Fifth Century is a troubled place – riven with tribal infighting and beset by invaders in search of plunder and settlement. King Uther is dead, and his daughter, Morgana, seizes the crown for her infant son, Mordred. Merlyn’s attempt to present Arthur as the true son and heir of Uther is scorned, and the bewildered teenager finds himself in prison. Here our story begins…

Arthur finds friends in unexpected quarters and together they flee. Travelling through a fractured landscape of tribal conflict and suspicion, they attempt to stay one step ahead of their pursuers, whilst keeping a wary eye on Saxon invaders menacing the shoreline. Arthur’s reputation as a fearsome warrior grows as he learns the harsh lessons needed to survive and acquire the skills of a dux bellorum, a lord of war.

Tim Walker’s Arthur Dux Bellorum is a fresh look at the Arthurian legend, combining myth, history and gripping battle scenes. Although in a series, it can be read as a standalone novel.

Arthur Dux Bellorum
(A Light in the Dark Ages Book 4) 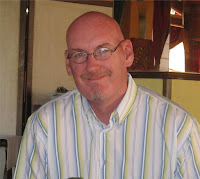 Tim Walker is an independent author based in Windsor, UK. His background is in marketing, journalism, editing and publications management. He began writing an historical series,A Light in the Dark Ages (set in Fifth Century Britain), in 2015, starting with Abandoned, set at the time the Romans left Britain. This was extensively revised and re-launched as a second edition in 2018.

Book two, Ambrosius: Last of the Romans, was published in 2017 and the third installment, Uther’s Destiny, was published in March 2018 (winner of One Stop Fiction book of the month award, April 2018). The adventure continues from March 2019 in the fourth book, Arthur, Dux Bellorum.

His creative writing journey began in July 2015 with the publication of a book of short stories, Thames Valley Tales. In September 2017 he published a second collection of short stories – Postcards from London. These stories combine his love of history with his experiences of living in London and various Thames Valley towns.
In 2016 he published his first novel, a dystopian political thriller, Devil Gate Dawn,following exposure through the Amazon Scout programme. In 2017 he published his first children’s book, The Adventures of Charly Holmes, co-written with his 12-year-old daughter, Cathy, followed In 2018 by a second adventure, Charly & The Superheroes.
Connect with Tim: Website • Facebook • Twitter • Amazon Author Page.