Join Historical fiction author, Alex Marchant as she talks about what inspires her writing @AlexMarchant84

I’ve long appreciated the importance of place in my own writing – and therefore the value of location research. My first children’s novel, Time out of Time, was set in a fictionalized version of my childhood home – not that I grew up in a huge dilapidated house in the country, but that old house is set within a landscape that is an amalgam of the village on the edge of suburbia where I grew up, the local public open space (a small river valley with the remnants of a Victorian gunpowder mill strung out along it), and the rolling downland thereabouts. My great writing hero, Susan Cooper, once said that she found it easier to write about the England of her youth when she had been living in the USA for some years. Perhaps the same was true of me, looking back to my Surrey childhood once I’d lived in Yorkshire for much of my adult life. 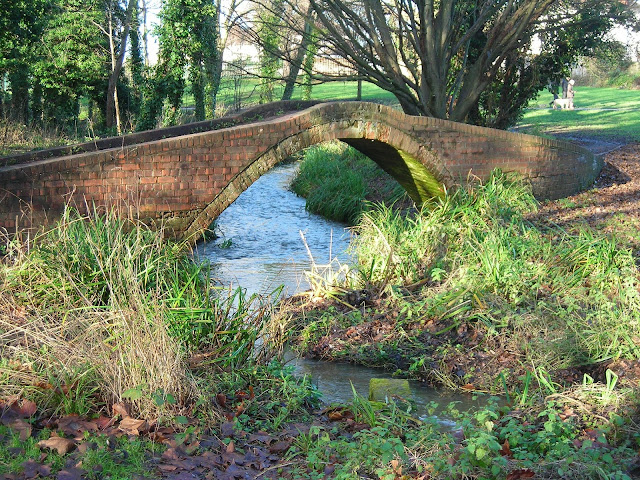 ‘A packhorse bridge – remnant of the nineteenth-century gunpowder mill’

However, being immersed in the Yorkshire countryside proved to be invaluable at the time of writing my first historical novel, The Order of the White Boar. The book, telling the story of the real King Richard III for younger readers, is set largely in and around his primary home of Middleham Castle in Wensleydale, North Yorkshire (as well as London and the royal court at Westminster). Wandering up on the deserted moors around my home in West Yorkshire’s ‘Bronte Country’ allowed me to step back into a somewhat similar landscape to that around Middleham. I could easily imagine my characters riding, hunting, hawking, picnicking (sorry – too modern a word perhaps!) five centuries ago as I strode across the heather-, bilberry- and bracken-clad hills and witnessed at first hand the effects of the changes of the seasons. Readers seem to think it worked, with one reviewer saying, ‘From the minute I picked up this book, I was transported back to Yorkshire...riding the Middleham gallops, travelling the roads to York…’ 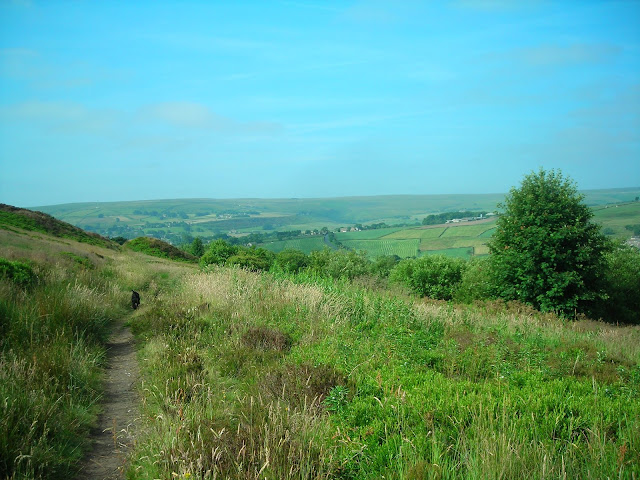 I was fortunate to live in the area while writing the book. Other locations, for the second book in the series, The King’s Man, which ranges further afield, had to be specially visited to gain a proper feel for them. Some had already been on my Richard III itinerary in previous years, but a revisit can always potentially pay dividends, reminding of small details or atmosphere. Other places were totally new for me. For instance, despite having plenty of ancestors who hailed from Suffolk, I’d never set foot in the county when deciding to set the climactic scenes of the book there. So a combined family history/location research holiday there was arranged. 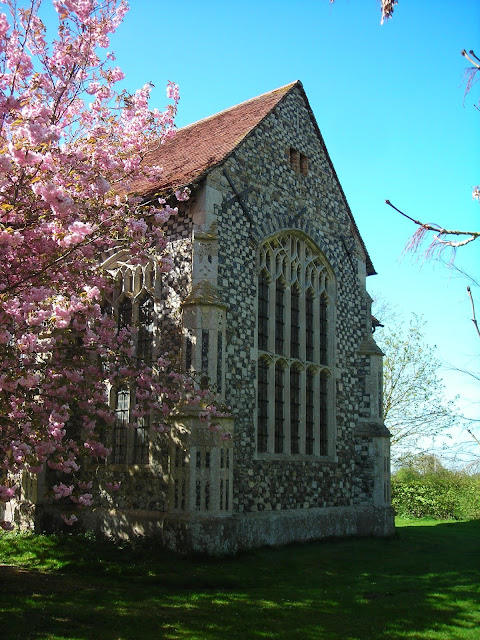 ‘Gipping chapel, on the estate of Sir James Tyrell – a place with a rumoured Ricardian connection – and next door to my ancestral village…’

I’m so glad that decision was made. Standing in the scores (alleyways) of Lowestoft, I could almost see and hear the final scenes play out – even feel the sea fret closing in although it was a bright spring day. Those scenes couldn’t have been set anywhere else. 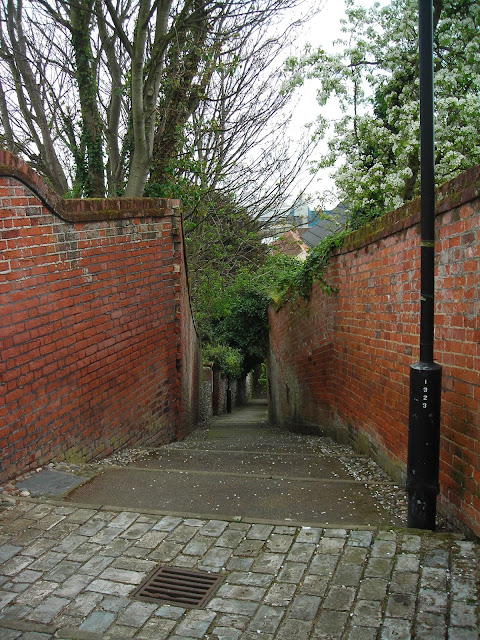 One of the ancient ‘scores’ of Lowestoft.

I’ve recently been undertaking location research for the third book in the series. It’s also been a great excuse to catch up with an old friend who now lives in the Lake District, not far from some of the places in the book – handy for overnight stays! With the working title ‘King in Waiting’, the book covers the couple of years immediately following the Battle of Bosworth in 1485 – a tumultuous time of unrest and outright rebellion – as the usurper Henry Tudor struggles to keep control of England in the face of continuing resistance from those loyal to the House of York – and to King Richard’s memory. It’s a time of strife often glossed over by the notion that Tudor ‘brought peace’ after the Wars of the Roses by marrying Elizabeth of York and combining the two royal houses. More propaganda, of course: there had been peace in England since the Battle of Tewkesbury in 1471 – as fifteen-year-old ‘leading man’ Matthew says in the latter part of The King’s Man, ‘What war has there been in our lifetime – until Tudor came?’ And rebellions against Tudor continued for at least fifteen years after he took the crown.

One of the most significant incidents during that time is the so-called Lambert Simnel rebellion, named after its supposed figurehead, recorded by the later official histories as being a ten-year-old imposter from Oxford. The real story is a little more complicated and ‘King in Waiting’ explores a possible scenario, drawn from the confusion of the earliest sources. These very much contradict the official story, which only coalesced over several months. But some facts we do know include the arrival of the rebel army from Dublin at a tiny place called Piel Island in Cumbria and its remarkable march across the spine of England to Masham in North Yorkshire in just five days. The rebels were on foot or on horseback, probably with waggons of arms and equipment to drag across this rugged countryside. 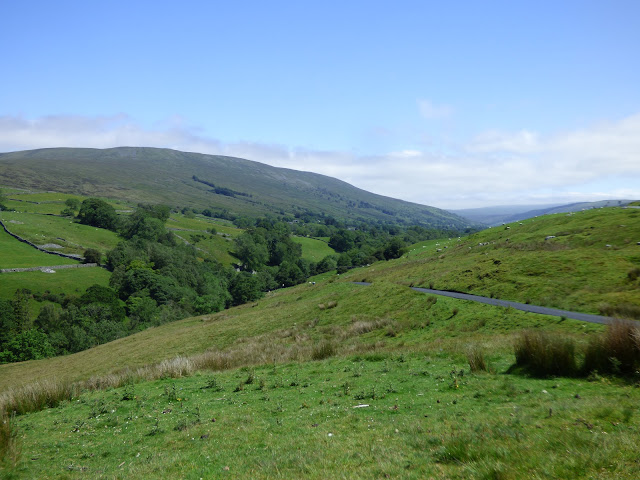 The mouth of Garsdale, cutting across the spine of England.

By the miracle of modern technology (my trusty Suzuki) I did the journey spread over three days, breaking it up into particular places I wanted to visit. The final day I spent travelling the last leg – from Kendal, via Sedbergh, through Garsdale to Wensleydale and Masham – all in one chunk, to experience what it would have been like for Matthew and his companions – and, in his case, the prospect of a return ‘home’ to Middleham on the way.

I doubt I would ever have visited Piel Island, with its somewhat neglected castle, if not for this research. It’s tucked away right at the end of a southern peninsula of Cumbria and seems to have relatively few visitors. But I’m so glad I made the trip. Seeing the place – hearing, feeling and smelling it – sparked so many ideas for the story. Also, talking to the boatman who ferried me across the deep channel to the castle, answered a nagging question I’d had that couldn’t have been resolved by simply looking at a map or photographs. Why had the rebels landed the army with all its gear on an island off the coast if they then had to transport everything across the water again…? 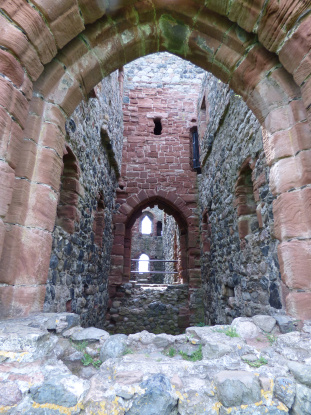 ‘Piel Castle and the approach to the island across the water…’

Visiting the places where your characters once were – for me it’s a vital part of my research. Of course it’s a lot easier if you live in the place, or reasonably near, where your book is set (though I’ve also popped over to Flanders for this work-in-progress). Or, alternatively, it can offer a fantastic excuse for a good holiday. I have the germ of an idea for a novel set in the Roman or Byzantine period in southern Turkey … I wonder whether a fortnight would be long enough to visit all the locations? 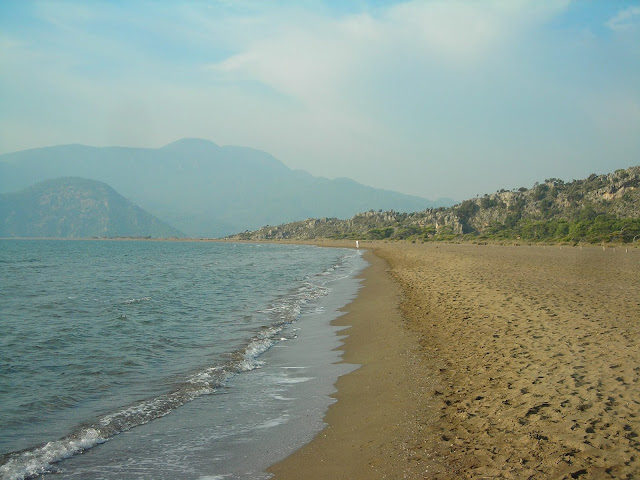 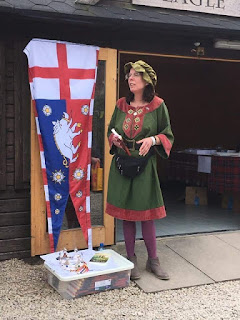 Alex Marchant was born and raised in the rolling Surrey downs, but, following stints as an archaeologist and in publishing in London and Gloucester, now lives surrounded by moors in King Richard III’s northern heartland, not far from his beloved York and Middleham.

A Ricardian and writer since a teenager, Alex’s first novel, Time out of Time, won the 2012 Chapter One Children’s Book Award, but was then put on the backburner in 2013 at the announcement of the rediscovery of King Richard’s grave in a car park in Leicester. Discovering that there were no books for children telling the story of the real Richard III, Alex was inspired to write them, and so The Order of the White Boar and its sequel, The King’s Man, were born. Together they tell King Richard’s story through the eyes of a young page who enters his service in the summer of 1482, and have been called ‘a wonderful work of historical fiction for both children and adults’ by the Bulletin of the Richard III Society.

As well as writing the third book in the White Boar series and reworking Time out of Time for publication, Alex is currently preparing for publication Right Trusty and Well Beloved…, a follow-up to Grant Me the Carving of My Name, the anthology of Richard III-inspired short stories sold in support of Scoliosis Association UK (SAUK). Right Trusty… will be published on 1 November 2019.

All the books are (or will be) available