Like your hero’s dark and brooding? Then look no further than Lord George Gordon Byron, the sixth Baron Byron.

His marriage lasted less than a year. He ran up a mountain of debts. In an era where bisexuality was illegal, he took both male and female lovers. His youngest housemaid bore his illegitimate child. He may have fathered his half-sister’s baby. No wonder his most famous lover—Lady Caroline Lamb—called him mad, bad, and dangerous to know.

Moving on from her, he courted her cousin, Annabella. After they wed, she coined the term Byronmania for the way people fawned over him. During their brief marriage, he fathered his only legitimate child, Ada Lovelace. She was a gifted mathematician. Her work on Babbage’s Difference Engine has brought her lasting fame. She’s recognized as one of the first computer programmers.

Byron’s poetry took the Regency world by storm. Despite his club foot, he kept himself in top condition. Georgette Heyer often featured Gentleman Jackson’s boxing salon in her books. He was one of the real-life patrons and called Jackson the Emperor of Pugilism.

For most of his life, he was a vegetarian. Vain, he wore curling papers in his hair in bed. He lived on a constant diet and subsisted on dry biscuits and wine. In a time where men over-indulged in food and drink, women fawned over his slender physique. In 1810 he hit the Regency headlines when he swam from Asia to Europe.

Byron hated injustice. He spoke against the death penalty for Luddites in the House of Lords. To support the Greek struggle for independence, he sold his estate. Needing to do more, he traveled to Greece and fought alongside them. Other foreigners flocked to join his brigade. Eventually, he led thirty officers and 200 men.

In 1824 they planned to attack the fortress at Lepanto. Sadly, Bryon fell ill and died before the battle happened. He was only thirty-six. By then, he was a hero to the emerging Greek nation. Had he lived and defeated the Ottomans, some think he might have become King of Greece.

Another Regency bad boy features in my latest Regency Romance:

The Viscount’s Pet
By Kryssie Fortune 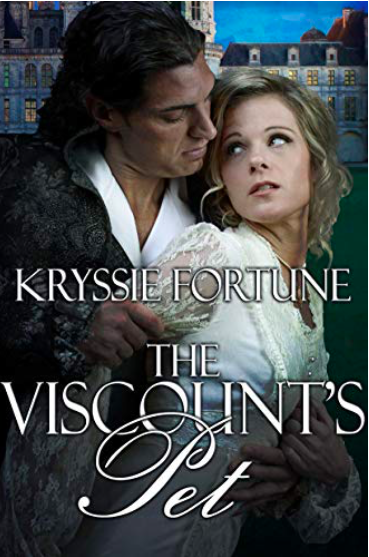 When her brother tries to arrange a marriage with the detestable Baron Cosford, Julianna strikes out on her own, but her plan is disrupted by an unexpected encounter with Viscount Stonehurst.

Stonehurst is less than pleased to find a beautiful young woman travelling alone at night, but when he discovers her predicament will the handsome gentleman come to Juliana’s rescue?
Publisher’s Note: The Viscount’s Pet is a stand-alone novel which shares the Regency-era setting of Wickedly Used and His Innocent Bride.

*The contents of this book includes spankings and sexual scenes. If such material offends you, please don’t buy this book.

“Damn it,” Stonehurst muttered under his breath, “don’t cry.”

Despite the balmy summer night, she couldn’t stop shivering. He tightened his arms, pulling her toward him. When he buried his face in her hair, she thought he inhaled in her favorite floral perfume. She hoped it pleased him. His citrus and herbal cologne certainly delighted her.

When he reached the rose garden, the musky scent of the flowers lingered, heady and intoxicating. Despite his wooden leg, he slid easily from the saddle and helped her dismount. His hands rested a few seconds too long on her waist. She relaxed and leaned toward him, but his severe expression condemned her. While her past actions deserved his scorn, it still crushed her.

As if he couldn’t stop himself, he tugged her against him. His mouth slammed against hers, claiming, dominating, and possessing. A soft moan flowed from her. When she nestled into his embrace, her heart told her she’d come home.

He tangled his hands in the loose strands of her hair and anchored her lips to his. As his tongue traced the seam between them, she opened for him. He tasted of fresh lemons and spearmint. His kiss was all-consuming and addictive, a sinful delight that flooded her soul with joy.

Or Read for FREE with 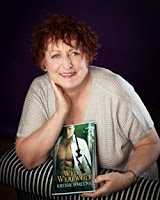 Kryssie likes her contemporary heroes ex-military and dominant. Her heroines are kick ass females who can hold their own against whatever life - or Kryssie - throws at them.

Kryssie's pet hates are unhappy endings, and a series that end on a cliff hanger.
Her books are all stand alone even when part of series. Plot always comes before sex, but when her heroines and heroes get together, the sex is explosive and explicit. One review called it downright sensual.