As an editor, no story I read is exactly the same. But there are certain mistakes – and, conversely, things that work well – that I often see repeating themselves. With that in mind, here are ten top writing tips, divided into five things to embrace and five things to avoid. 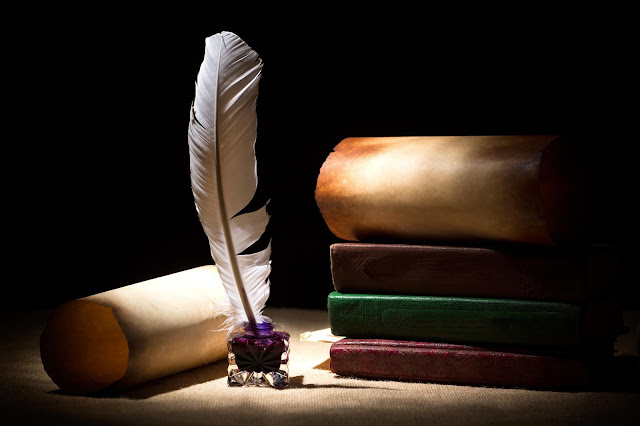 1. A good story question. This is rule number one. From early on, it’s important to make it clear to the reader what your story is about and where it’s taking them. One way of approaching this is to establish a ‘story question’ – a fundamental question that you introduce in the first few chapters and that needs to be answered in the resolution. Throughout all of your story’s twists and turns, the story question then serves as the spine that holds everything together and provides a sense of direction. In a romance, it could be ‘will the protagonist and their love interest get together?’ In a mystery, it might be ‘who committed the murder?’ In an action story, it might be some variation of ‘will the protagonist defeat their enemies?’ Whatever form it takes, you can’t go wrong by giving your novel a good story question.

2. Show and tell. The common refrain of ‘show, don’t tell’ comes from a good place: ‘telling’ your reader too much denies them the opportunity to peel back the layers of your story and interpret things for themselves. But some telling is inevitable – and in fact vital for clarity and moving things along – so the advice should really be to show and tell. Use your ‘showing’ tools – most often action, dialogue, and internal thought – to provide the reader with an engaging experience, but don’t be afraid to use some good old narrative exposition when it’s called for.

3. Historical authenticity. Accuracy is a major concern in historical fiction. It’s vital to immerse historical fiction readers into a world that truly feels like the past, and often the best way to do that is to ensure things are as accurate as possible. But what happens when accuracy isn’t practical – or when it would be alienating to the reader? To take an obvious example, it would be accurate to write the dialogue in your Roman novel in Latin, but it probably won’t do you any favours with your readers! Here’s where historical authenticity comes into play. It’s about creating an authentic sense of the past, even if it’s not one hundred percent accurate. Language is a good example: by avoiding modern colloquialisms, focusing on neutral words and phrases, and including some archaic language too, you can usually create an authentic sense of historical language without it being so accurate that it’s hard to understand. If you’re looking for more tips on accuracy and authenticity in historical fiction, check out my in-depth guide here.

4. Stakes. You can have all the conflict and suspense you like, but if your plot doesn’t have stakes, it won’t maintain the reader’s attention for long. Stakes are what make your plot matter. And what are they exactly? They’re the consequences of the possible outcomes of your story. What’s the worst thing that could happen if your protagonist doesn’t achieve their story goal? And what’s the best thing that could happen if they do? The stakes are to be found in the difference between these possible consequences and what they will mean to your story world and characters. For instance, in The Lord of the Rings, Frodo’s goal is to destroy the One Ring, and the stakes are the consequences of success or failure: Middle Earth either being saved or conquered and subjugated. They’re compelling because they have major ramifications for the world and the characters, and because there’s a big gulf between the two possible outcomes.

5. Setbacks. To keep your reader interested, things need to go wrong in your plot – badly wrong. The protagonist’s journey cannot be a smooth one, marked by success after success. There have to be setbacks that complicate things and make it more difficult for them to achieve their goals, and these setbacks should get progressively worse as the novel goes on. If things just go too well, the story will feel predictable and unexciting. So don’t be afraid to let loose and give your characters a rough ride!

1. An episodic structure. One problem I often encounter is an episodic structure. This is when a story doesn’t settle on one particular plot thread – or story question, as above – and instead tries to include multiple plot threads, one after the other. This isn’t the same as having side plots that relate to, and complement, a main plot that runs throughout the story. Instead, it involves starting one main plot thread, finishing it, starting another, finishing it, and so on until you reach the end. This can happen if you start a story and aren’t able to develop a sense of where it’s going, or if you find yourself struggling to sustain a plotline. Unfortunately, it’ll usually irritate your reader, ripping them out of plotlines just as they were starting to invest and leaving them unsure of what the story is about and where it’s trying to take them.

2. Too much setting. Setting is important, especially in historical fiction. It helps to immerse your reader into the period and give them a sense of what your world looks and feels like. However, don’t go overboard. Your task is to create an immersive sense of your setting, not to exhaustively describe every detail. One way of approaching it is this – when your point of view character enters an environment, what key details can you convey that will give your reader a sense of that environment? Perhaps, for example, in a banquet hall, it’s the smell of roasted meat, the sound of laughter, and the dim light. If you can flesh these particular details out a little bit, that may well be all you need. The reader’s imagination can then take over and do the rest. What you definitely shouldn’t do is exhaustively describe every single detail. If you do, it’ll prevent the reader from exercising their own imagination, while leaving you with insufficient room to actually tell the story.

3. Insufficient dramatisation. For a story to come alive, it needs to be dramatised. That means you need two things in particular: action and dialogue. Both of these create a sense of immediacy, a sense of now. They dramatise your story as if it were happening right in front of the reader. A novel can go badly wrong when it doesn’t contain enough of either, instead relying too heavily on long sections of narration, description, and internal thought to tell the story. These elements are essential, of course, but they don’t have the same sense of immediacy and dynamism that action and dialogue do, so don’t overuse them and drown out the dramatisation.

4. Stilted dialogue. There’s nothing quite like stilted dialogue to jar the reader out of your novel, so you need to avoid it at all costs. That can be easier said than done, though. We all know what stilted dialogue looks and sounds like, but it can harder to put your finger on exactly what’s causing it. Fortunately, there are a few little tips I can recommend: 1) Don’t shy away from contractions – they’re great for making dialogue sound more natural, 2) Avoid making your characters constantly repeat each other’s names when they’re talking – people don’t really do this, 3) Be realistic about how your characters would express their emotions – people can be very complex, subtle, and evasive when it comes to expressing how they feel, 4) Use things like pauses, hesitations, and interruptions – these are all natural features of speech, 5) Use body language to augment dialogue, too (though don’t overuse it!).

5. Rushed denouement. Everyone knows the climax of a story is important. It’s where everything comes to a head and usually where the core issues in a story get resolved, or at least start to get resolved. But the bit that comes next is also very important: the denouement. This is the part where the action falls, you give the reader a chance to breathe and take in everything that’s happened, and you tie up any loose ends. Don’t rush through this part. If you do, your ending can feel too abrupt, and your story incomplete.

So, there you are. Five things to embrace and five to avoid. Of course, few rules in fiction are universal, but you can’t go far wrong with these ones. 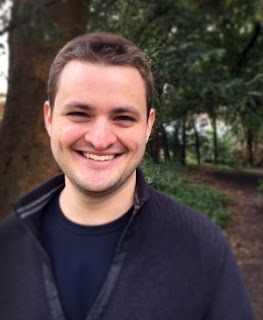