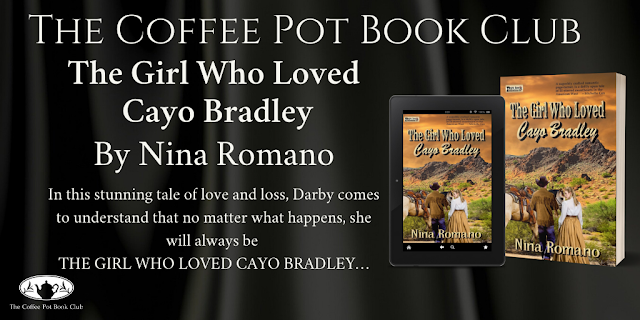 The Girl Who Loved Cayo Bradley
By Nina Romano 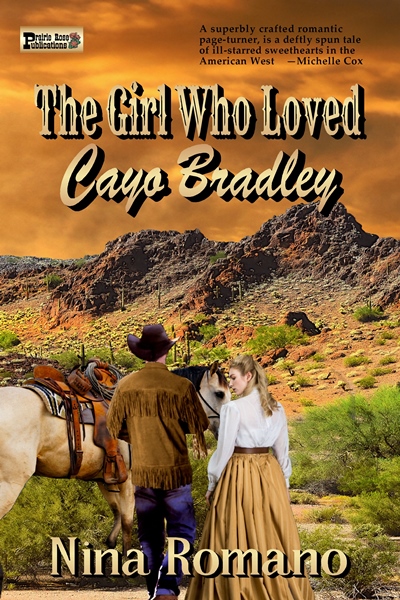 When Darby McPhee falls in love with Cayo Bradley, a wild cowboy from a nearby ranch, her world is ripped apart. Caught in a lifeless existence of caring for her father and brothers since her mother’s death, Darby does little else but work. But a death-bed promise to her mother to get her education now stands in the way of her heart’s desire to belong to the rough-and-tumble Cayo Bradley.
Darby is Cayo’s redemption from a horrific act in his past that torments him. After being captured as a young boy by the Jicarilla Apache, he now tries to settle back into white society—but how can he? If he loses Darby, he loses everything.

Darby is determined to keep her promise to her mother, but will Cayo wait for her? In this stunning tale of love and loss, Darby comes to understand that no matter what happens, she will always be
THE GIRL WHO LOVED CAYO BRADLEY…

Praise for The Girl Who Loved Cayo Bradley

Romano’s story sizzles with the tension of lovers—one struggling to blend Apache ways and white, the other torn between East and West—searching for a way to join two lives going in opposite directions.
Ruth Hull Chatlien, Blood Moon, and The Ambitious Madame Bonaparte

He knew people saw him as part Apache. Others claimed he was left for dead by bandoleros, and because of his aloof and stealth disposition, and the fact that he was shy and non-confrontational like the animal, people believed that’s how he came to be named Coyote. Somewhere along the way, Coyote’s nickname became Cayo. He didn’t care what people called him as long as they did, and for sure he knew his name didn’t matter because he’d never fit in anywhere. Once you’ve lived wild and free, it’s near impossible to return wholly capable of fitting into refined society. He knew others like himself, children who had been taken and lived with Kiowa or other tribes, and what he saw in them he knew was the same for him. They were the same outcast breed he was, not a trace of Indian blood, but Indian in the way they thought. He’d never completely forgotten his own language, English, so when he finally decided to go back to living the white folks’ way, he listened to speech, carefully repeated words, and held himself close, like a gambler in a poker game, keeping his cards to his chest. He shouldered these thoughts about himself and that other life he lived before as a yoke on an ox. It weighed on him, but he could do nothing to shirk it.
Nobody in town knew him by any other name. Whatever his component parts were, it was for certain he was known as a man quick with a Bowie knife, swifter with a whip. That was because nobody had ever seen him shoot a deadly arrow. He wore chaps every day but Saturday when he drove the buckboard. Cayo carried two Colt pistols in his holsters and never rode his horse without a Winchester 30/30 rifle strapped to his saddle. He was a man people respected, a man who kept his mouth shut and eyes peeled, even the eyes they said he had in the back of his head. 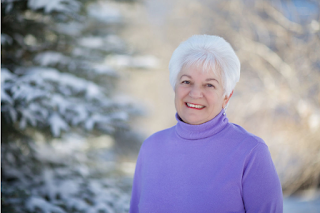 Nina Romano earned a B.S. from Ithaca College, an M.A. from Adelphi University and a B.A. and an M.F.A. in Creative Writing from FIU. A world traveler and lover of history, she lived in Rome, Italy, for twenty years, and is fluent in Italian and Spanish. She has authored a short story collection, The Other Side of the Gates, and has published five poetry collections and two poetry chapbooks with independent publishers. She co-authored a nonfiction book: Writing in a Changing World. Romano has been nominated twice for the Pushcart Prize in Poetry.

Her short story: “Dreaming of a Christmas Kiss,”along with two Christmas poems, have been included in a Christmas anthology, Annie Acorn’s Christmas Treasury Volume 8.

Her latest novel, The Girl Who Loved Cayo Bradley, a Western Historical Romance, has been released from Prairie Rose Publications, and is a semifinalist for the Laramie Book Awards.

The Secret Language of Women
Amazon