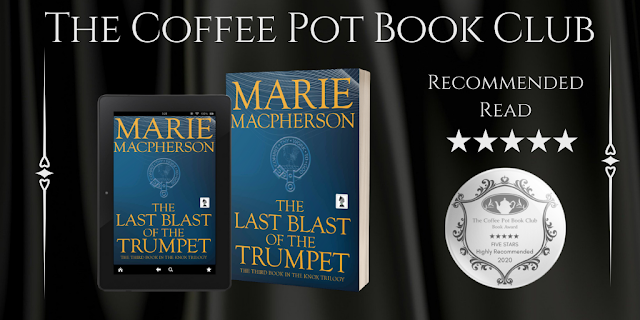 ‘Now’s the time to break from the fetters of Rome, brother. Scotland is on the brink of civil strife. We’re in dire need of a skipper to take the helm…’

Joshua may have only needed a trumpet to bring down the walls of Jericho, but Scotland was no Jericho and John Knox was no Joshua. Knox does have the one thing that Joshua did not though, he has a pulpit. It is here, in the church, before his congregation that Knox will draw the battle lines. He will fire up his congregation until the very demons of Hell will fear to stand against them, to stand against him. Nothing will stop his dream from coming to fruition, and no one will get in his way—not even a young and charismatic queen.

With the tragic death of Francis II, Mary, the former Queen of France, has no choice but to return home. But the kingdom of her birth is a land in crisis. Mary must be careful, for her throne is surrounded by vultures desperate to profit from her ruination, and there are many who would rejoice if she were to fall from grace. None more so than Knox. Mary does not fear Knox, but she does fear the power of his ideas. Scotland needed stability now more than ever, and therefore she is willing to listen to Knox and to find a mutual agreement in which everyone gets a little of what they want.

Knox, however, will not bow down to a papist queen. There is no other way but his way, and it would be wise of Mary to remember that…

The Last Blast of the Trumpet (John Knox Trilogy Book 3) by Marie Macpherson is a Historical Fiction masterpiece.

Macpherson’s careful use of foreshadowing builds suspense throughout this novel, which imbues it with an atmosphere that can only be described as hauntingly beautiful. As Macpherson asks those who are long dead to breathe again, to experience the grandeur and the horrors once again, one cannot help but feel compassion for their plight. To be stabbed 57 times, or to be faced with a corrupted form of justice, and to be condemned for nothing more than the greed and vanity of the prosecutor gives the reader pause to think about how vastly different this time was to our own. This was a violent time in Scottish history, and this novel reflects this volatile age.

Knox is known as the founding father of Protestant Reformation in Scotland, but his story may not be quite what you expect it to be. While Knox waited for the death of the old regime in Scotland, he knowingly perpetuated this seemingly never-ending circle of violence. His God came with a sword. Macpherson has captured his fiery oratory as well as his determination to destroy anything that differed from his beliefs. In this story, as he did in life, Knox deplores the papist rules and teachings. He does nothing to hide his disgust at the grandeur of the Catholic Church. Neither does he have any sympathy for those who refuse to embrace his religion. His inability to compromise is greatly telling of how he saw the world. Anyone who dared to challenge him, such as the Regent, Mary of Guise, and then later her daughter, Mary, Queen of Scots, was deserving of a terrible fate. They deserved to die, which made him an exceedingly unlikeable character. At times he is the antagonist in this tale. His thoughts, his beliefs, make it incredibly difficult for a reader to sympathise with him. He is so blinkered that while he is chasing this ideal religion and this violent God, he fails to see the poverty all around him and when he is confronted with it, he is extremely blasé about these poor starving people, his people, his congregation. One could say that he is an extraordinarily bad shepherd—he lets his flock starve while he chases his corrupted dream of what God was and how one should praise him.

Macpherson has given her readers a realistic, very rounded, characterisation of Knox. When he is not in the pulpit, when he is not arguing theology with people whom he considered inferior because of their beliefs, he is very much a family man. He is a father who adores his children and his wife. I thought the domestic Knox was a much easier man to like than the religious fanatic who seemingly thrived on fire and brimstone. Macpherson shows her readers a gentler side to him, a compassionate side when surrounded by his family. I thought this two-sided Knox worked incredibly well and made him particularly real in the telling.

There are a lot of characters in this story, and there are several points of view, which I thought gives this book a remarkably balanced account of this time in Scottish history. This is not a one-sided account, for this novel encompasses both sides of the argument. The reader bears witness to the dangerous and exceedingly volatile court of Mary, Queen of Scots. Mary is a historical person who has always attracted my sympathies simply because of how terribly she was treated. In this novel, the young and newly widowed Mary is quite literally thrown to the wolves. Her inexperience and her desperate desire to appease the like of Knox, and her desperate attempt to seek a compromise makes her all the more admirable. Her story is told through the eyes of Isabelle Hepburn. Isabelle is a wonderful, brave heroine who witnesses the most terrible injustices and of course the devastating damage that men such as Knox were causing. I thought Isabelle’s depiction was fabulous. Through her eyes, we witness it all.

The historical detailing of this story is staggering. The hours and hours that Macpherson has dedicated to research shines through in the thoroughly enthralling narrative. The historical backdrop of this story is magnificent, there was no doubt in my mind while I read this book as to which century I was in. When Historical Fiction is written like this, then there is no such thing as too much. Macpherson has brought 16th century Scotland back to life.

Although this is book 3 of a trilogy, it stands firmly on its own two feet. I have not read the previous two books, but at no time did I feel that I was adrift. The Last Blast of the Trumpet (John Knox Trilogy Book 3) by Marie Macpherson was a book that I could not wait to get back to. It is utterly enthralling from start to finish, and it is one that is certainly deserving of a place on your bookshelf.

Scottish writer Marie Macpherson grew up in Musselburgh on the site of the Battle of Pinkie and within sight of Fa’side Castle where tales and legends haunted her imagination. She left the Honest Toun to study Russian at Strathclyde University and spent a year in the former Soviet Union to research her PhD thesis on the 19th century Russian writer Mikhail Lermontov, said to be descended from the Scottish poet and seer, Thomas the Rhymer. Though travelled widely, teaching languages and literature from Madrid to Moscow, she has never lost her enthusiasm for the rich history and culture of her native Scotland.
Writing historical fiction combines her academic’s love of research with a passion for storytelling. Exploring the personal relationships and often hidden motivations of historical characters drives her curiosity.
The Knox Trilogy is a fictional biography of the fiery reformer, John Knox, set during the 16th century Scottish Reformation. Prizes and awards include the Martha Hamilton Prize for Creative Writing from Edinburgh University and Writer of the Year 2011 awarded by Tyne & Esk Writers. She is a member of the Historical Writers’ Association (HWA), the Historical Novel Society (HNS) and the Society of Authors (SoA).
Connect with Marie:
Website • Twitter • Facebook • Instagram • Publisher 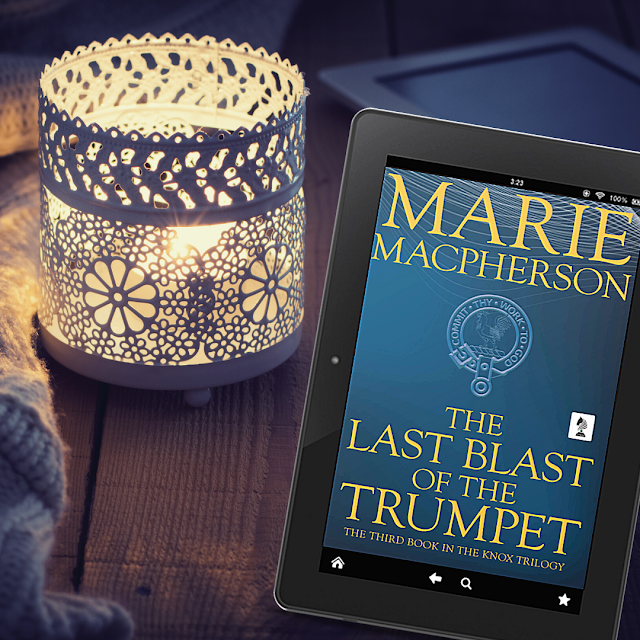