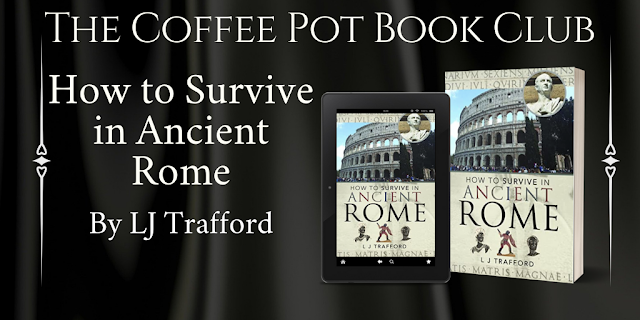 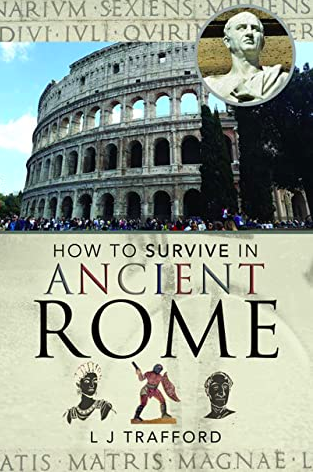 Publication Date: 11th November 2020
Publisher: Pen and Sword
Page Length: 147 pages
Genre: Historical Non-fiction
Book Title: How to Survive in Ancient Rome
Author: L J Trafford
Imagine you were transported back in time to Ancient Rome and you had to start a new life there. How would you fit in? Where would you live? What would you eat? How would you go to get your hair done? Who would you go to if you got ill, or if you were mugged in the street? All these questions, and many more, will be answered in this new how-to guide from time travellers. Part self-help guide, part survival guide, this lively and engaging book will help the reader deal with the many problems and new experiences that they will face, and also help them to thrive in their new environment.

So, you think you know Ancient Rome? After all you’ve seen Gladiator six times, you can use ‘Et tu Brute’ wittily in conversation, you can pepper political debate with tales of crazy Caligula making his horse a senator.
Except you don’t.  Because Caesar never said ‘et tu Brute.’ Caligula never made his horse a senator, and Commodus definitely didn’t meet his end at the hands of a hunky gladiator with an attractively growly voice. Commodus was murdered by a wrestler named Narcissus, who’d been set the task by the empress, after the emperor had vomited up the poisoned beef she’d served him. Proving that fact, is indeed, stranger than fiction.
Ancient Rome is pretty strange place: clothes are washed in wee, babies are left in the rubbish and bad luck can be averted by wearing penis jewellery. But don’t panic! We are here to guide you through this strange new world. We shall provide you with practical advice that will save you accidentally insulting the locals, committing social fax pas of an embarrassing nature and help you avoid being sewn up in a sack with a snake, a dog and a cockerel.*
*genuine Roman punishment 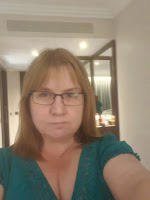 L.J. Trafford studied Ancient History at university after which she worked as a Tour Guide in the William Wordsworth related tourism industry in the English Lake District. Left with a lifelong hatred of daffodils she headed for the bright lights of London where she began writing the Four Emperors Series of novels. This series, Palatine, Galba’s Men, Otho’s Regret and Vitellius’ Feast. covered the fall of Emperor Nero and the turbulent year that followed when four men competed to become emperor.  Palatine received an Editor’s Choice mark from the Historical Novel Society. How to Survive in Ancient Rome is her first non-fiction book.
Connect with L.J. Trafford:
Facebook • Twitter 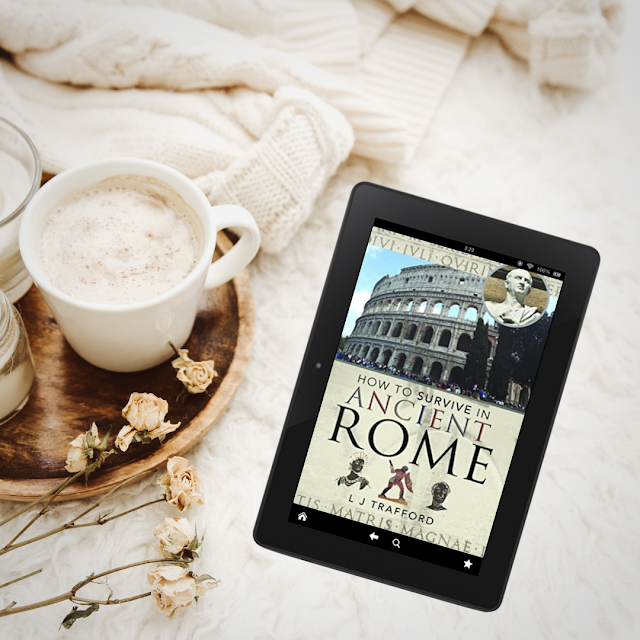