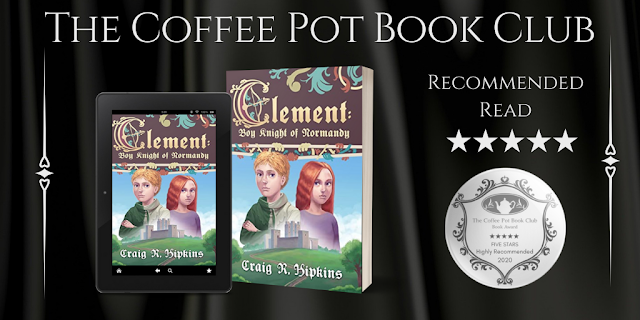 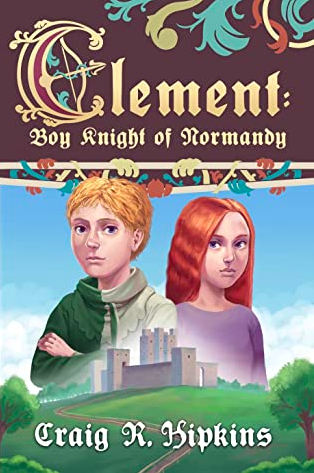 Clement is no ordinary thirteen year old boy. He lives in a castle in 12th century Normandy. After helping Adalbert on his quest to find a long lost treasure, Clement and his friend Dagena return for another adventure. This time, Clement must overcome the evil ambitions of his wicked uncle, Sven the Terrible! Prepare yourself for some medieval action and excitement that you will not soon forget. This is the first book in a planned trilogy.

Clement and Dagena first appeared in the novel Adalbert.

Clement, the twelve-year-old Count of la Haye, is not quite ready to let his uncle Pepin have his way in everything. Young, he may be, but he still knows his own mind, and he knows who he is going to marry, and it certainly is not going to be Lady Alice de Mowbray. Unfortunately, the opportunity to argue his case is brutally snatched away from him, for he is about to be thrown into a terrible war, which no one saw coming—although many may have been able to predict it if they had but looked for the warning signs.

Torn between duty to his people, protecting his friends, and saving his own life, Clement must grow up and do so quickly. Alone, he and his friends do not stand a chance against his other uncle, Sven the Terrible. But who would follow a boy towards a battle where the odds of winning were two to one…?

A group of friends in peril and an enemy that would happily kill them all to get his hands upon what he wants—and all that happens in the opening chapters! Craig R Hipkins has penned a spellbinding adventure in his fabulous new book, Clement: Boy Knight of Normandy, Book 1.

The poetic writing and the crystalline prose make this book a perfect introduction for a young reader’s first romp into the world of Historical Fiction. The language that Hipkins uses is straightforward and concise, although he sometimes does throw in a few dost’s and thou’s, reminding the reader that this story is set in the past. There is also some fairly modern terminology used for the benefit of the reader. Although such terms would not have been in use during this period in history, they work well in the context of this book and, therefore, it is not something I am going to pull the author up on. I think such minor details can be readily forgiven because of the intended audience. This novel is also the perfect length for a child who has been introduced to chapter books but now wants something marginally longer to read. Hipkins has evidently wanted to pen a book that entertains, and Clement: Boy Knight of Normandy certainly does this.

This novel is centred around three children, Clement, Dagena and Olaf. At the start of this novel, the children enjoy training and learning how to use the weapons of war, but it is still very much a game to them. As the story progresses, they have to use the skills they learnt to stay alive. Their childhood is, therefore, cruelly interrupted by those who see Clement as an opponent who would be easy to overthrow. The fact that it is Clement’s own uncle who would see him dead makes it all the more sobering.

Clement is a protagonist that will undoubtedly appeal to children. He is brave, funny, and more importantly, he knows his own mind. He is also exceptionally loyal, which I think makes him incredibly appealing. Clement has a quiet intelligence and is always trying to find a solution to whatever dilemma they find themselves in. But at the same time, he can also be an extremely awkward twelve-year-old boy, who is desperately trying to hold it all together and give the impression that he is in control at all times. His constant reassurance to Dagena and his feigned confidence that everything will turn out alright in the end made for an extremely delightful read.

Dagena was one of my favourite characters in this book because she is just so stubborn and feisty. Dagena is a girl that will appeal to a younger audience. Although of low birth, Dagena knows how to look after herself and those around her. I thought Dagena was a wonderful protagonist, and she is also one that a young reader can get behind and root for. Likewise, Olaf was a character that I came to care about. His loyalty and his love for his friends made him genuinely likeable. Several adults in this story do help the children survive, but very often the children find themselves on their own as they face a truly terrible foe. Nevertheless, all three of them are extremely pragmatic about the situations they find themselves in, and they face each hurdle with determination and a seemingly unquenchable optimism.

The antagonist of this story is Sven the Terrible. Sven is determined to get what he wants and if he has to kill his nephew to achieve that aim, then he will. Despite the threat that Sven presents to Clement and his friends, the menace that such a character would usually envisage is not so apparent in the text. Yes, he is a bad man, and he is feared, but the detail of his atrocities are not dwelled upon. Hipkins is cautious when it comes to the language that he uses, because this book is meant to be enjoyed. This book is not a history lesson, nor is it one that glorifies death and destruction, although there might be an unexpected skeleton and a few mean men. This book is for children and Hipkins never loses sight of that and although there are a few violent scenes, this violence is contained to such an extent that there is nothing unsuitable or upsetting for Hipkins' intended audience. There is also a heavy dose of cheerfulness in this book that lets the reader know that everything is going to be okay, and everyone will survive to tell the tale. I thought Hipkins struck a delicate balance between the story he wanted to tell and the audience he wants to entertain.

Although this book is set in a historical world, it does not feel too foreign. The characters are relatable, as is the world that they live in.

Clement: Boy Knight of Normandy, Book 1 by Craig R Hipkins, will appeal to both boys and girls, and the non-stop action will assuredly keep them turning those pages. I thought it was a brilliant book from beginning to end. It is perfect either for children to read on their own, or to be enjoyed as a bedtime story.

Craig published his first book, “Fireballs: A History of Meteors and other Atmospheric Phenomena” in 2009. Adalbert is his first novel. It is the sequel to the novel Astrolabe written by his late twin brother Jay S. Hipkins (1968-2018)

He is an avid long distance runner. He also enjoys astronomy and reading history in his spare time. 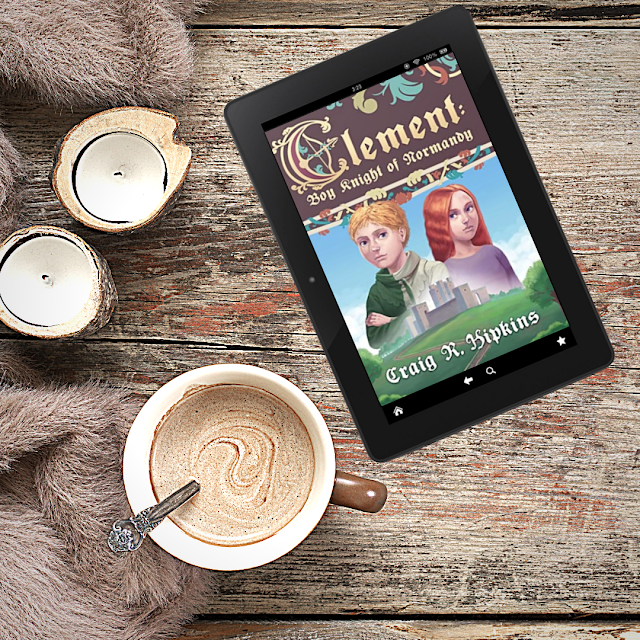