Have a sneak-peek between the covers of Derek Birks fabulous boxset — Outcast:The Last of the Romans, Books 1 & 2 #HistoricalFiction #AncientRome @Feud_writer 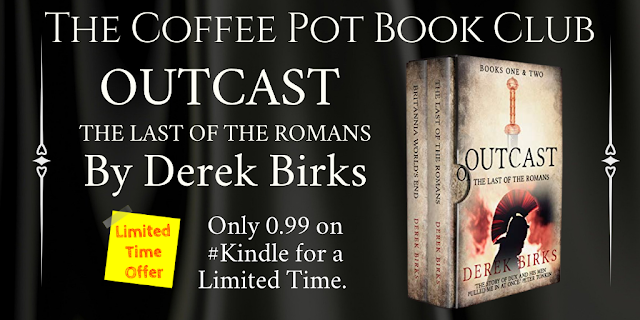 The Last of the Romans 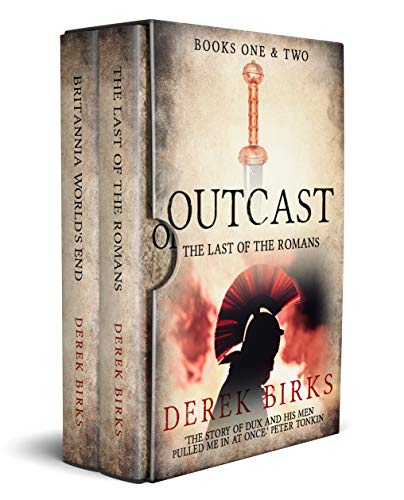 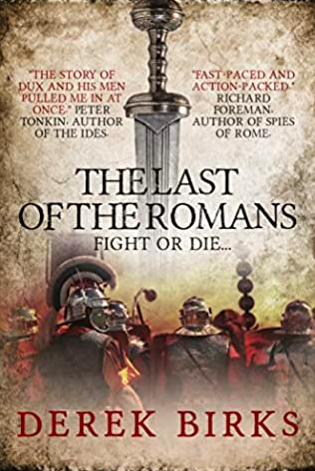 454 AD. Northern Italy.
Dux Ambrosius Aurelianus has served the Roman Empire with distinction.
His bucellarii, a small band of irregular soldiers, have helped to bring a fragile peace to the beleaguered empire in the west. But, with the empire now at peace, his master, Flavius Aetius, decides to chain up his dogs of war.
Ambrosius and his men are left to idle away their days in a rural backwater, but Ambrosius’ boredom is brutally swept aside when old rivals seize the opportunity to destroy him.
Pursued as a traitor by the imperial guard, Ambrosius takes his loyal band, along with other dissident soldiers and a Saxon girl, Inga, into the mountains.
Since nowhere is safe, Ambrosius travels north, across the crumbling ruins of the empire, to his estranged family in Gaul. But there too, he finds nothing but conflict, for his home town is now besieged by a small army of rebellious Franks.
Freedom and peace seem a world away.
Whatever course the soldier takes, Ambrosius and his bucellarii will need to muster all their strength and skill to survive.
At the twilight of the empire, they may be the Last of the Romans…
Britannia World's End 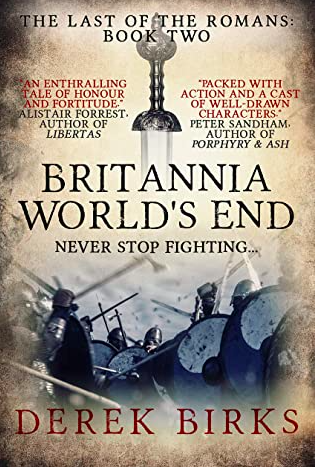 454 AD.
Even after years of Roman rule, Britannia is a conflicted and largely untamed land.
Disgraced Imperial Officer, Dux Ambrosius Aurelianus, flees to its shores seeking sanctuary in the land of his deceased mother. His years of loyal service to the emperor count for nothing now. He must carve out a new life beyond the empire.
Accompanying Ambrosius is a disparate group of fellow refugees: Inga, a freed Saxon slave, his bucellarii – warriors sworn to him - and the surviving members of his estranged family.
The burden of command weighs heavy on his shoulders, for when he lands in the country, winter is fast approaching.
But the weather is not the only thing inhospitable towards the newcomers.
Plagued by troubles, Ambrosius faces opponents among both the native Britons and Saxon settlers. He discovers that no-one in Britannia - least of all, the High King, Vortigern - still fears the soldiers of the decaying empire.
When those he loves are savagely abducted and betrayal divides his company, Ambrosius is left with only a handful of his bucellarii. Though heavily outnumbered and unfamiliar with the land, Ambrosius remains undaunted.
Pitted against powerful opponents, the Roman will need new allies if he is to free the hostages and make Britannia his home.
There will be blood.
'Late Roman Britain comes alive in all its dark glory.'
S.J.A. Turney
Excerpt
Hauling her up in front of him, the intruder cast about with desperate eyes for another way out.
“I’ll kill her!” he cried.
“So?” said Ambrosius. “She’s just a slave...”
For a moment, doubt clouded the man’s expression but, as the girl tried to pull away, he slid the edge of his spatha across her bare shoulder, drawing a thin line of blood. She stiffened but did not cry out.
Impressed by her mettle, Ambrosius took a step closer, meeting her eyes for the very first time.
“I mean it!” snarled the assassin.
“Oh, so do I,” replied Ambrosius, still looking only at the girl. “I don’t even know her name.”
With a slow shake of the head, she glared at him – bitter, sapphire eyes flashing bright with anger.

Outcast: The Last of the Romans 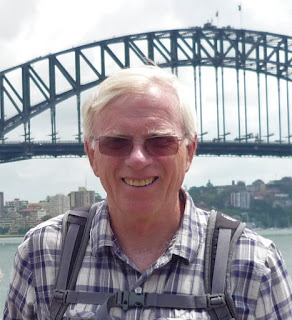 Derek Birks was born in Hampshire in England but spent his teenage years in Auckland, New Zealand, where he still has strong family ties. He now lives in Dorset.
For many years he taught history in a secondary school but took early retirement to concentrate on writing. Apart from his writing, he spends his time gardening, travelling, and walking.
Derek is interested in a wide range of historical themes, but at the start of his writing career he focused on the late medieval period. He writes action-packed fiction which is rooted in accurate history. His debut historical novel, Feud, is set in the period of the Wars of the Roses and is the first of a series entitled Rebels & Brothers which follows the fortunes of the fictional Elder family. A second series, The Craft of Kings, followed.
Since Derek’s interest in the Wars of the Roses period goes beyond fiction, he has produced almost fifty non-fiction podcasts about the subject for those who want to explore what really happened.
Derek’s most recent series starts with The Last of the Romans, an Amazon bestseller and a change of time period and setting. It is set in turbulent fifth century Europe and centres upon the shadowy historical figure of Ambrosius Aurelianus. The sequel, Britannia: World’s End is out now and a third book is in the pipeline.
Connect with Derek:
Website • Blog • Facebook • Twitter • Amazon Author Page 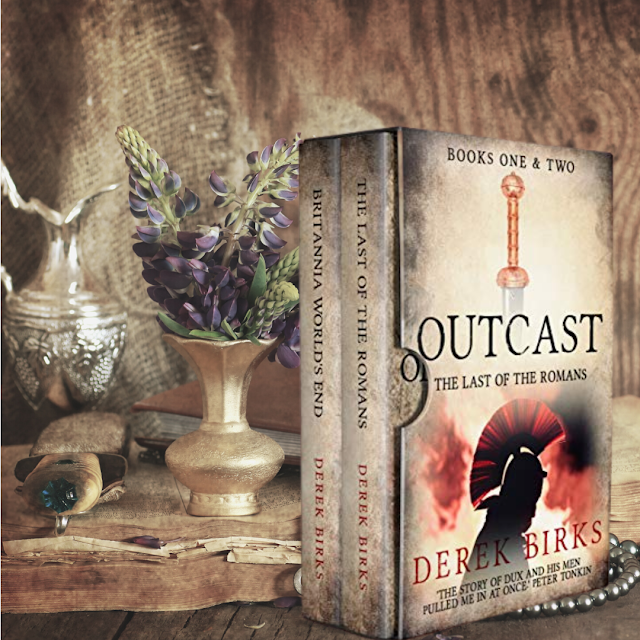