♔ Arthurian Legend ~ was Arthur a king, a hero or a legend?


Was King Arthur a King?
Of course, he was! Why would I even ask such a stupid question? 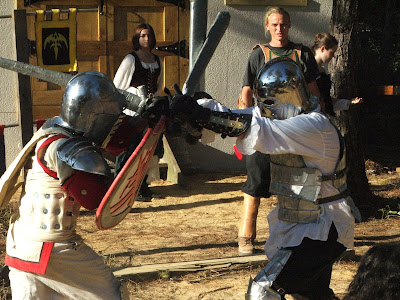 Let’s backtrack a little. Where does it say Arthur was a king? Do we take the works of Monmouth and Malory as factual, when they are clearly a work of fiction? That’s the problem with folklore and legends; things are not always what they seem.

The first ‘documented’ work about Arthur was by a 9th Century monk called Nennuis. His name has come up once or twice on this blog because it would be pretty hard to ignore Nennuis when searching for Arthur. In his work The History of the Britons, we get the first glimpse of what could be the actual Arthur.

However, not once does Nennuis refer to Arthur as a king. He praised his warrior abilities, but he says nothing about kingdoms and Round Tables.

Was King Arthur a Hero?

Of course he was!

Nennuis praise for Arthur cannot be dismissed even if it is bordering on the realms of impossibility for a mere mortal man. He lists the 12 battles that Arthur fought in, and throughout Arthur is brave and courageous and almost supernatural in his abilities to bring the enemy army down to their knees. It reminds me a little of that scene in Braveheart. Where Wallace rides up to the army at Falkirk and the warriors, do not believe him when he says who he is, because they have believed the, I guess you could call it, propaganda. Perhaps Arthur could inspire men to follow him the same way Wallace did.

Here’s a clip of that said moment in Braveheart, in case you might have missed it.

I do believe this is what has happened to Arthur. After all, the more elaborate  the story, the more enchanted the listener.

Is King Arthur just a story?

I do not believe that Arthur is just a legend, or a made up story to entertain the masses. I think there is some truth in it. Maybe it isn't the truth that we know, but I would like to think that he was real and that he did inspire his men.

What do you think? Was Arthur real or simply a myth?

Email ThisBlogThis!Share to TwitterShare to FacebookShare to Pinterest
Labels: #amreading #YA #HisFic #fantasy #romance #Arthurian King Arthur and his knights of the Round Table Nennuis