“Do you have any more confessions to make before I take you home? Any communists in the family? Any Marxists? Sectarians?” He was making fun of me again, and that was a good sign. 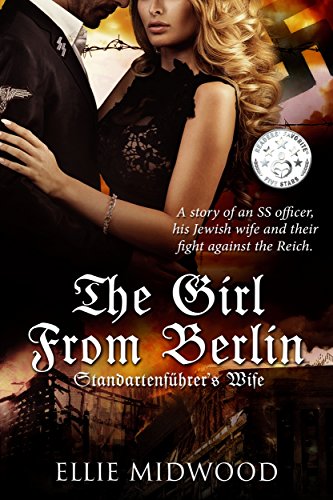 This is a diary of Annalise Meissner, a young German Jew with long time ago falsified papers, living a carefree life in pre-war Berlin. A talented ballerina, she comes from a wealthy family and at first doesn’t want to concern herself with the changes her country starts undergoing under the new Nazi regime. However, when the oppressions against the Jewish population begin, she realizes that she can’t be a silent bystander and swears to help her people in any way possible.

She falls in love and gets married to her father's longtime friend, Standartenführer Heinrich Friedmann, who even though he works for SD – the Reich Secret Service – seems to share her views, and soon Annalise learns why. Her new husband turns out to be a counterintelligence agent working for the US government, and together they start a dangerous game against the sinister Gestapo, trying to save as many lives as they can and not to compromise themselves.

But it's not only the persecuted people Annalise wants to save; she meets the leader of the Austrian SS Gruppenführer Ernst Kaltenbrunner who everyone seems to fear, but for some reason Annalise isn't intimidated by the Chief of the Austrian Gestapo and doesn't believe the rumors about his brutality.

Gruppenführer Kaltenbrunner isn't hiding the fact that he would love to get this beautiful girl as his mistress, but Annalise, despite the mutual attraction, stays faithful to her beloved husband. However, the risky game she’s playing will soon change everything…

Annalise Meissner's life centers around ballet. She is a dedicated and wonderful dancer. She has a beautiful, loving family, a fine house and fine clothes. Life was as good as it was going to get in post-war Germany. But then in 1929 the Stock Market crashed in far away America, and the world that Annalise inhabited was about to change for the worse.

Set during the rise of Hitler and Nazi Germany, and continuing into the war, The Girl from Berlin is a compelling page-turner. Annalise is a Jewish girl with falsified papers. She has to witness as her friends are brutally discriminated against. Through the horrors of Kristallnacht to the brutality of Auschwitz, this book leaves nothing out.

You meet the antagonists of the story in this book, whose name will forever be remembered in history for their brutality and their lack of humanity, but it also tells another story, about those who worked undercover. And those who had no choice but to do as the Nazi Regime ordered.

But it is not all terror; there is a beautiful romance and friends that, no matter what the government demands, will always be friends.

What did I think of the book?
Amazon US
Amazon UK
About the author


Ellie lives in New York with her fiancé and their Chihuahua named Shark Bait.
Posted by Mary Anne Yarde at 08:00