It with great pleasure that I welcome historical fiction author, Laura Librica, back onto the blog to tell us about her inspirations behind her latest work.

The Master and the Maid

She’s lost her work, her home and her freedom. Now, harboring a mysterious newborn, she could lose her life. 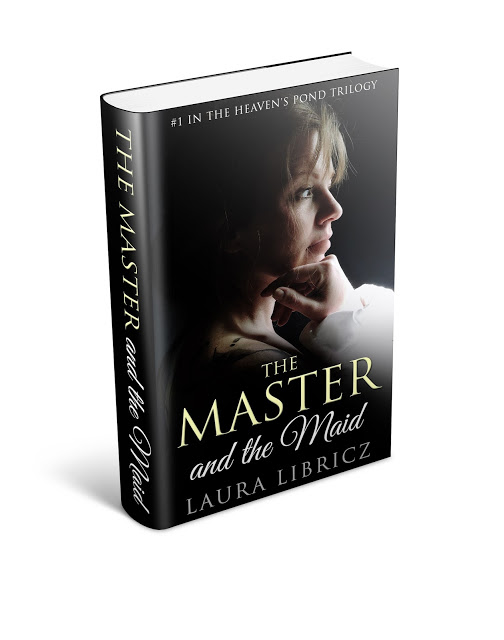 In 17th Century Germany on the brink of the Thirty Years War, 24-year-old Katarina is traded to the patrician Sebald Tucher by her fiancé Willi Prutt in order to pay his debts. En route to her forced relocation to the Tucher country estate, Katarina is met by a crazed archer, Hans-Wolfgang, carrying a baby under his cloak. He tells her an incredible story of how his beloved was executed by a Jesuit priest for witchcraft right after the birth and makes Katarina—at sword point—swear on her life to protect the child. But protecting the child puts Katarina at risk. She could fall in disfavor with her master. She could be hunted by the zealots who killed his beloved. She could be executed for witchcraft herself. Can Katarina's love for the baby and Sebald Tucher's desire for her keep the wrath of the zealots at bay?

Set in Franconia, The Master and the Maid is an accurate, authentic account of a young woman's life in Germany in the 1600's, her struggle for freedom and her fight for those she loves.

The Master and the Maid, the first novel in the Heaven’s Pond trilogy.

Inspiration behind The Master and the Maid

“Listen to me! You see this child? If they find the child they will kill her. If they find me with this child, they will kill me to. They’ve already killed her mother. Sybilla saw them do it. But they won’t kill you. I’ll see to it. But you must swear to care for the child as your own. Never tell a soul where she came from or I will slit your throat.”

What started as a casual inquiry into the German psyche turned into my full-blown investigation into a tragic yet fascinating period of German history: the Thirty Years War. And what started as a fairy tale short story turned into 300,000 word trilogy. My fascination began while traveling in Germany and taking part in any city or castle tour. I heard over and over how this or that historical landmark was burnt to the ground and rebuilt after this devastating war that took place 400 years ago. Many sections of Germany were destroyed and depopulated and this affected generations to come. As an American ex-pate who has now spent close to half my life in this beautiful country, I felt the need to further my understanding of certain traditions and practices native to the Franconian area I live in and the early modern period was the place to start.

I took my first German class in college, over 25 years ago, and although I wanted to study something useful, I found myself spending more time with German literature and history than in the computer room. I was drawn to the dark stories of the Steppenwolf, The Weavers and the Hörspiele, radio plays, like The Man Outside. At that time I had a brother who had been in the military and lived in the federal state known as Franconia and still does today. When I graduated, I could read and write the language proficiently but speaking was just not my strong point. The next step was naturally to immerse myself in the language and the culture, buy a one-way ticket and spend some time abroad.

A three-month stay turned into three years and I had established myself with home, hearth, husband and children. Three years became thirteen became almost twenty. Still the Franconian people remained a mystery to me and I will always be a Paradiesvogel to them: Ami, loud, polite, talkative, energetic, inquisitive, at times inappropriate. I dealt with the feelings of isolation the way I deal with most of my feelings: by writing about them.

I also spent a lot of time in the Edelgraben, a tract of land behind the village I lived in. A mysterious hollow with farm fields full of healing herbs, carp ponds and mossy forests. There lies the forgotten hamlet of Sichardtshof, once a sheep farm. All that is left today is the well and a plan of how the buildings stood. Thanks to local historians, the information of what befell these Franconian villages during the brutal years between 1618 and 1648, the official years of the Thirty Years War, is extensive and easily accessible.

The Heaven’s Pond story began with the fairy tale I wrote that became the story of Isabeau, the baby in The Master and the Maid. The story is incorporated in that novel as well. That, the setting of Sichardtshof (here’s a short video about that:  https://youtu.be/3HMDPVl0XLg) and the fate of Isabeau’s guardian, the Maid, turned my life around. I say that with the risk of being overly dramatic but I am doing what I truly want to be doing. Studying history. Studying life. Writing.

Where can I purchase this fabulous book?
Amazon US
Amazon UK

Laura Libricz was born and raised in Bethlehem PA and moved to Upstate New York when she was 22. After working a few years building Steinberger guitars, she received a scholarship to go to college. She tried to 'do the right thing' and study something useful, but spent all her time reading German literature.

She earned a BA in German at The College of New Paltz, NY in 1991 and moved to Germany, where she resides today. When she isn't writing she can be found sifting through city archives, picking through castle ruins or aiding the steady flood of Höfner musical instruments into the world market.

Her first novel, The Master and the Maid, is the first book of the Heaven's Pond Trilogy. The Soldier's Return and Ash and Rubble are the second and third books in the series.
Useful Links
Website